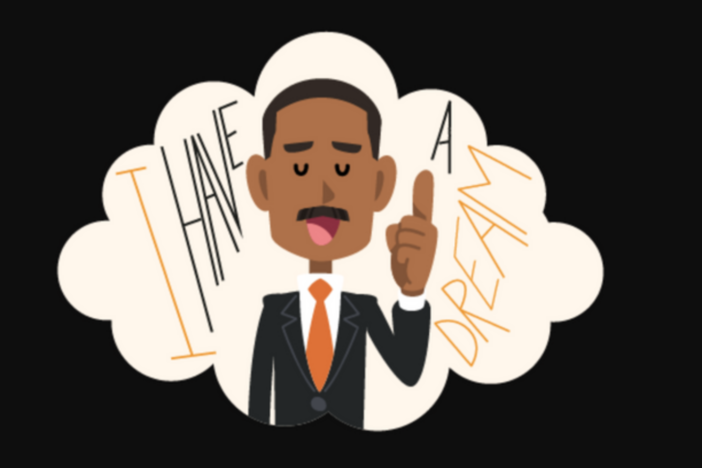 Every year on the third Monday in January, we honor the life and legacy of Dr. Martin Luther King Jr. This holiday provides teachers and parents with the opportunity to speak openly with children about American history, American values, of Dr. King and other civil rights activists. fought and how we can continue to fight for and promote equal rights. While these are difficult topics to broach with young students, the picture books offer a simple and engaging approach to help children understand the role of Dr. King and the purpose of the Civil Rights Movement.

one. A sweet smell of rosesby Angela Johnson and illustrated by Eric Velasquez

There is a very sweet smell in the air as two girls sneak out of their house, down the street and across town to where men and women gather, ready to march for freedom and justice. Inspired by countless children and young adults who took a stand, two Coretta Scott King honorees offer moving insight into the role of children in the civil rights movement.

2. March on! The day my brother Martín changed the worldby Christine King Farris and illustrated by London Ladd

From the sister of Dr. Martin Luther King, the ultimate tribute to the man, the march and the speech that changed a nation.

Ruth was so excited to take a trip in her family’s new car! In the early 1950s, few African Americans could afford cars, so this would be an adventure. But she soon discovered that black travelers were not treated very well in some towns. Many hotels and gas stations denied service to blacks. Dad was upset about something called Jim Crow laws…

Finally, a kind gas station attendant showed Ruth’s family The Green Book. He listed all the places that would welcome black travelers. With this guidance, and the kindness of strangers, Ruth was finally able to make a safe journey from Chicago to her grandmother’s house in Alabama.

Ruth’s story is fiction, but The Green Book and its role in helping a generation of African-American travelers avoid some of the humiliations of Jim Crow are historical fact.

An elderly African-American woman, on her way to vote, recalls her family’s tumultuous electoral history in this illustrated book, released in time for the fiftieth anniversary of the Voting Rights Act of 1965.

See also  Afghanistan must not become the world's forgotten crisis

5. If a Bus Could Talk: The Rosa Parks Storyby Faith Ringgold

If a bus could talk, it would tell the story of a young African-American girl named Rosa who had to walk miles to her one-room school in Alabama while white children traveled to her school on a bus. She would recount how the adult Rosa commuted to and from work on a segregated city bus and she couldn’t sit in the same row as a white person. She would talk about the fateful day Rosa refused to give up her seat to a white man and how that act of bravery inspired others around the world to stand up for freedom.

In this book, a bus does talk, and on her way to school, a girl named Marcie discovers why Rosa Parks is the mother of the civil rights movement. At the end of Marcie’s magical journey, she meets Rosa Parks herself at a birthday party with several distinguished guests. She waits until she tells this to her class!

Chelsea Clinton introduces Little Feminists, Mini-Activists, and Little Boys Who Are Ready to Take On the World to thirteen inspiring women who never took no for an answer and always, inevitably, and without fail, persisted.

With vivid and captivating art by Alexandra Boiger, this book shows readers that no matter what obstacles stand in their way, they shouldn’t give up on their dreams. Persistence is power.

Even as a child, Martin Luther King, Jr. was shocked by the terrible and unfair treatment of African Americans. When he grew up, he decided to do something about it, peacefully, with powerful words. He helped rally people for nonviolent protests and marches, and he always talked about loving other human beings and doing the right thing. He spoke about the dream of a kinder future and boldly led the way toward racial equality in America.

8. A is for activistby Innosanto Nagara

A is for activist is an ABC board book written and illustrated for the next generation of progressives. Alliteration, rhyming, and vibrant illustrations make the book exciting for children, while the themes it raises resonate with their parents’ values ​​of community, equality, and justice. This attractive little book conveys great messages, inspiring hope for the future and calling children to action while teaching them a love of books.

See also  QUOTES-Excerpts from Putin's speech at the annexation ceremony

Mention the civil rights era in Alabama and most people will recall images of horrific violence. But for the citizens of Huntsville, creativity, courage and cooperation were the keys to working together to integrate their city and its schools in peace. This compelling celebration of a lesser-known chapter in American and African-American history shows how racial discrimination, bullying, and injustice can be successfully confronted with perseverance and ingenuity.

This book is a beautifully rendered study of the life of Martin Luther King Jr., told in simple, direct language so even the youngest readers can understand. Pinkney’s chalkboard and oil pastel illustrations convey both the strength and sweetness of King’s character. Both the text and the art carry his central message of peace and brotherhood among all people.

There were signs all over town telling eight-year-old Connie where she could and couldn’t go. But when Connie watches four young men take a stand for equal rights at the Woolworth’s food counter in Greensboro, North Carolina, she realizes that things may soon change. This event generates a movement throughout the city and its region. And though Connie is too young to march or give a speech, she helps her brother and sister make posters for the cause. Changes are coming to Connie’s town, but Connie just wants to sit at the lunch counter and eat a banana split like everyone else.

Meet the youngest boy ever arrested at a civil rights protest in Birmingham, Alabama, in 1963 in this poignant picture book that proves you’re never too little to make a difference.

Audrey Faye Hendricks was confident, bold and courageous as can be, and hers is the remarkable and inspiring story of one child’s role in the Civil Rights Movement.

Featuring a dual narrative of key moments in Dr. King’s life along with a modern class as students learn about him, Carole Weatherford’s poetic text encapsulates moments that today’s readers can recreate in their own lives. Watch a class of young students begin a school project inspired by Dr. Martin Luther King Jr. and learn to follow his example, as he dealt with adversity and never gave up hope that a future of equality and justice. As times change, Dr. King’s example lives on, encouraging a new generation of kids to take charge and change the world. . . be a king.

14 I have a dreamby Martin Luther King Jr.

On August 28, 1963, on the steps of the Lincoln Memorial during the March on Washington, Martin Luther King delivered one of the most powerful and memorable speeches in our nation’s history. His words, along with the magnificent paintings by Caldecott Honor winner Kadir Nelson, create a picture book sure to be treasured by children and adults alike. The themes of equality and liberty for all are not only relevant today, nearly 60 years later, but also provide young readers with an important introduction to our nation’s past.

In 1963, in Birmingham, Alabama, thousands of African-American children volunteered to march for their civil rights after hearing Dr. Martin Luther King Jr. speak. They protested laws that separated blacks from whites. Facing fear, hate and danger, these children used their voices to change the world. Frank Morrison’s moving oil paintings on canvas bring this historic event to life, while Monica Clark-Robinson’s moving and poetic words document this extraordinary moment.

This illustrated biography of Dr. Martin Luther King, Jr. brings his life and the profound nature of his message to young children through his own words. Martin Luther King, Jr., was one of the most influential and gifted speakers of all time. Doreen Rappaport uses quotes from some of his most beloved speeches to tell the story of his life and work in a simple and direct way. Bryan Collier’s stunning collage art combines remarkable watercolor paintings with vibrant patterns and textures.