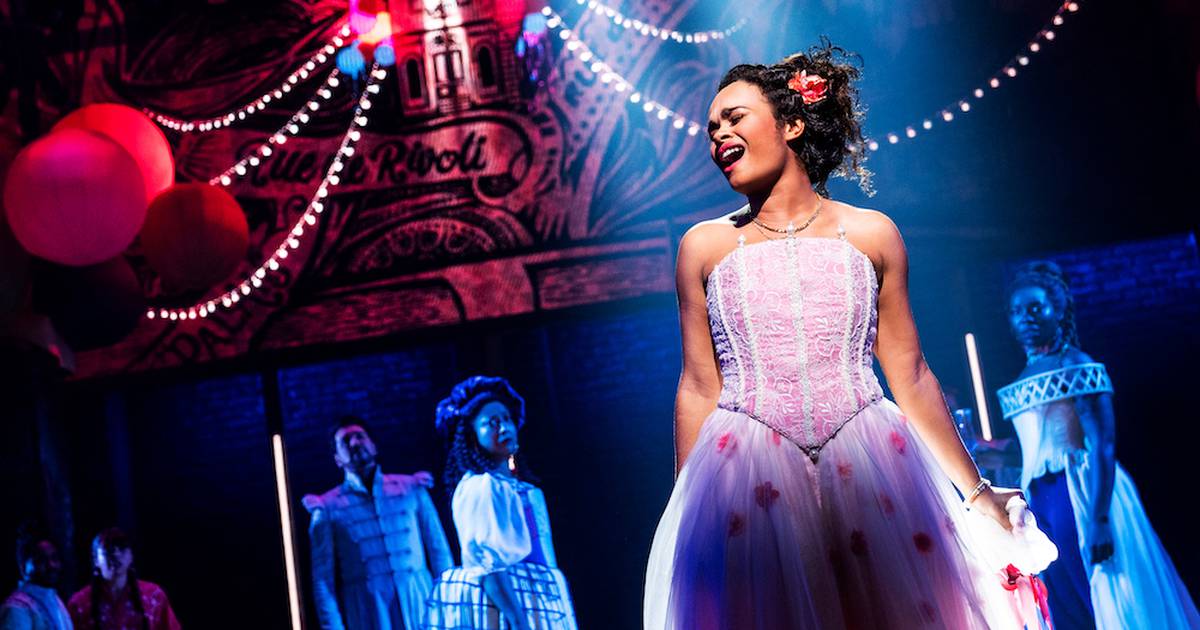 get complete details of In the new Broadway “& Juliet”, an empowered Juliet

NEW YORK (AP) — William Shakespeare still holds his storied place in high school English classes, but the Elizabethan type is under attack. Instead of dreaming at her desk of hers her Romeos, teen girls today are more likely to realize that Juliet only gets one night of passion with a single self-absorbed boyfriend before she’s turned off for good. A raw deal for a little boy. Ergo, troublesome author.

Enter “& Juliet,” a clever if surprisingly unsubtle mix of a London musical that aims to restore that balance for Broadway fun and profit. This non-stop empowerment party show gets its theme from feminist revisionist British history from “Six,” its Shakespearean humor from “Something Rotten,” its nonbinary understanding from “Head Over Heels,” and its collage-like spectacle from “Moulin Rouge.” “.

David West Read’s book then adds a dose of boozy British panto, puts the frothy milkshake in a hipster blender, and mixes all the deconstructionist racket with music made famous by Ellie Goulding, Katy Perry, and Ariana Grande. The whipped cream on top is the widely sampled song stylings of Britney Spears, herself a once Juliet, whom much of this musical’s target audience has embraced as an artist in need of rescuing.

The thin premise of all this playlist fun (there’s a bit of new music, like a song, credited to Max Martin) is that Shakespeare’s wife, Anne Hathaway (to whom she bequeathed only her second best bed), is irritated at being stationed in Stratford-upon-Avon with the children and has decided to take a more active role in her husband’s seedy profession. And so the pair of fighters, played by Betsy Wolfe and Stark Sands, write an impromptu revised version of “Romeo and Juliet” in real time, allowing Juliet (Lorna Courtney) to not only stay alive, but also go. clubbing in Paris. she with her nurse (Melanie La Barrie) and friends like May (Justin David Sullivan), who falls in love with François (Philippe Arroyo). Paulo Szot’s spear is there to add to the elegant adults in the rooms.

However, just before intermission, the battered Bard reasserts himself and Romeo (Ben Jackson Walker, who aptly appears in the middle of the cast list) shows up to claim the marquee space before the ampersand.

Boy band style. It’s not exactly a spoiler to say it doesn’t prevail.

It’s probably enough for you to determine if this is for you or not. A cynic might say that “& Juliet” soberly and repeatedly hits so many current progressive buttons that they all lose their individual impact. A more generous interpretation would be that Juliet has long lain in her grave, boring generations, so why not resurrect the girl and give her a feminist dance party with the happy consequence of a long line for drinks? In the middle?

Either way, the opus has two engaging and charming vocal powerhouses in Courtney and Walker and, in particular, cleverly shifts the jukebox aesthetic to a much younger demographic, carefully curating high-intensity music geared primarily toward women and LGTBQ+ people in their teens. 20 and 30 (Not Neil Diamond. Think pink.)

Set on a collage-like set with, believe it or not, an actual jukebox at its center, the show prides itself on not being specific about its period, blithely unconcerned with complex thinking, determined to amplify punters in the seats and very in tune with the atmosphere of personal empowerment of the moment. Paloma Young’s fancy costumes are very much in the “Six” vibe. Wolfe and Sands do the best they can with a very modestly witty book. At no point does this utterly self-assured spectacle defy its own paradoxes, as in the simultaneous destruction of tragedy while being used to sell tickets.

Instead, he hits the sliders on the sound card, puts smiles on the faces of a hard-working ensemble dancing to Jennifer Weber’s choreography, roaring “Roar,” “Stronger” and “It’s Gonna Be Me,” shoving Romeo in the tightest of children’s toy pants, borrowing from the ending of “Mamma Mia!”, and just about everyone seemed to be drinking, glowing, and having a good time as you’d expect.

Chris Jones is a critic for the Tribune.