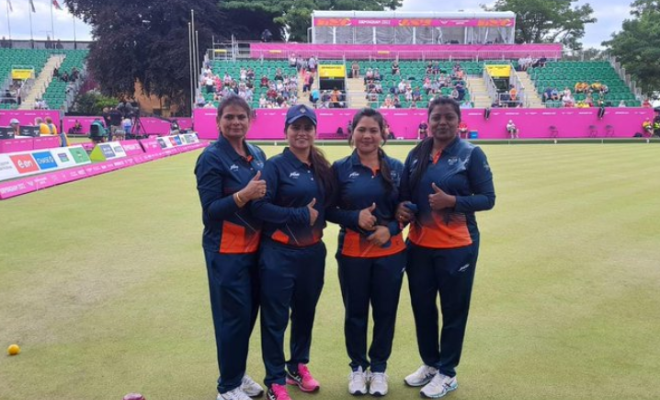 The 2022 Commonwealth Games are in full swing in Birmingham currently. The Indian contingent of athletes has been making the country proud by winning big in many sporting events. Especially female athletes! They have done exceptionally well in the 2022 CWG and have brought home medals and glory in various sports. And now, to add another feather to our already colorful hat, the Indian Lawn Bowls team has won the gold medal and made history in doing so.

The Indian Lawn Bowls team defeated the South African team with a score of 17-10. This is a historic victory as we have never won a medal in the game before. The names of the Indian players in this team are Lovely, Pinki, Nayanmoni and Rupa. What is even more amazing is that the South African team has been a three-time champion in this game at the Commonwealth Games. Indeed, it is a proud moment for all of us and we thank the team for leading the county to such glory!

The team beat New Zealand in the semi-final with a score of 16-13. With their playability in the semi-finals, they had already secured the silver medal. These four ladies have brought the sport into the spotlight and their victory is also an encouraging boost for the game.

We are so proud of the team’s efforts!