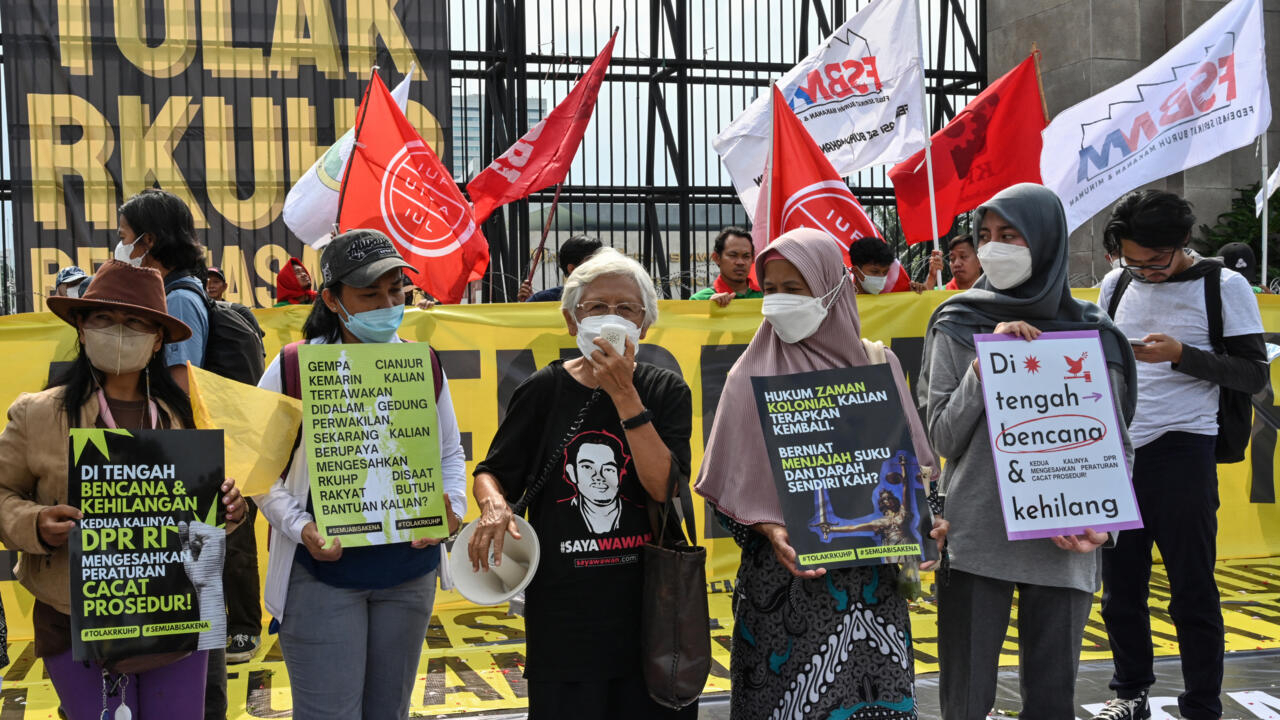 Jakarta (AFP) – Indonesian legislation banning sex outside of marriage represents a major new threat to the rights of the LGBTQ community in the conservative country, where same-sex unions are not recognized.

Once enacted, the legislation passed through parliament on Tuesday would punish sex outside of marriage with one year in prison, while single people living together could face six months in prison.

The reforms increase the risk of gay couples living together openly in a country where they already face widespread discrimination and anti-LGBTQ regulations, activists say.

“Before the new penal code, it was already bad. People can be searched even at their private residences. Although it was not systematic, but it can happen,” Oetomo said.

Indonesia is the world’s most populous Muslim country, and its constitution recognizes six religions.

Homosexuality is not illegal in the Southeast Asian nation, except in the police, military and Aceh province, which respects Islamic law, but rights groups say the legislative changes pose an inherent risk to LGBTQ people. .

“Many LGBTQ couples have been living together under the radar, as same-sex marriage is not allowed here,” said Robby Nasution, a 30-year-old self-employed who lives with his partner in Bali.

“With the new law, this means that another right has been taken away from the community.”

Kai Mata, a musician and activist, said LGBTQ communities were “bracing for the shock and backlash” of the legislation, which was “against our right to exist.”

The amendments still need to be approved by President Joko Widodo before they take effect.

Albert Aries of Indonesia’s Ministry of Law and Human Rights defended the amendments ahead of the vote, saying they would protect the country’s marriage institutions.

Sex outside of marriage can only be reported by a spouse, parent or child, dramatically limiting the scope of the amendment, he said.

But Andreas Harsono of Human Rights Watch said LGBTQ people “lived in fear” in a society that was becoming “increasingly conservative.”

“If they are sued by a family member, their life can be ruined,” he told AFP.

There are already dozens of national and local regulations affecting LGBTQ people, and some have been arrested on lewd conduct charges under anti-pornography laws.

Last month, two Indonesian soldiers were sentenced to seven months in prison for having homosexual relations, which the army considers “inappropriate behaviour”.

At least 15 members of the police and military have been fired in recent years for having gay sex, according to Amnesty International in 2020.

Last year in Aceh province, two men were sentenced to nearly 80 lashes each for having sex.

“Of course, I feel that this country is not safe for me,” said Gusti Arirang, 29, a musician who identifies as pansexual.

“I am not pessimistic about Indonesia’s future progress because I am trying to stay strong. But now I have more worries and am more cautious.”