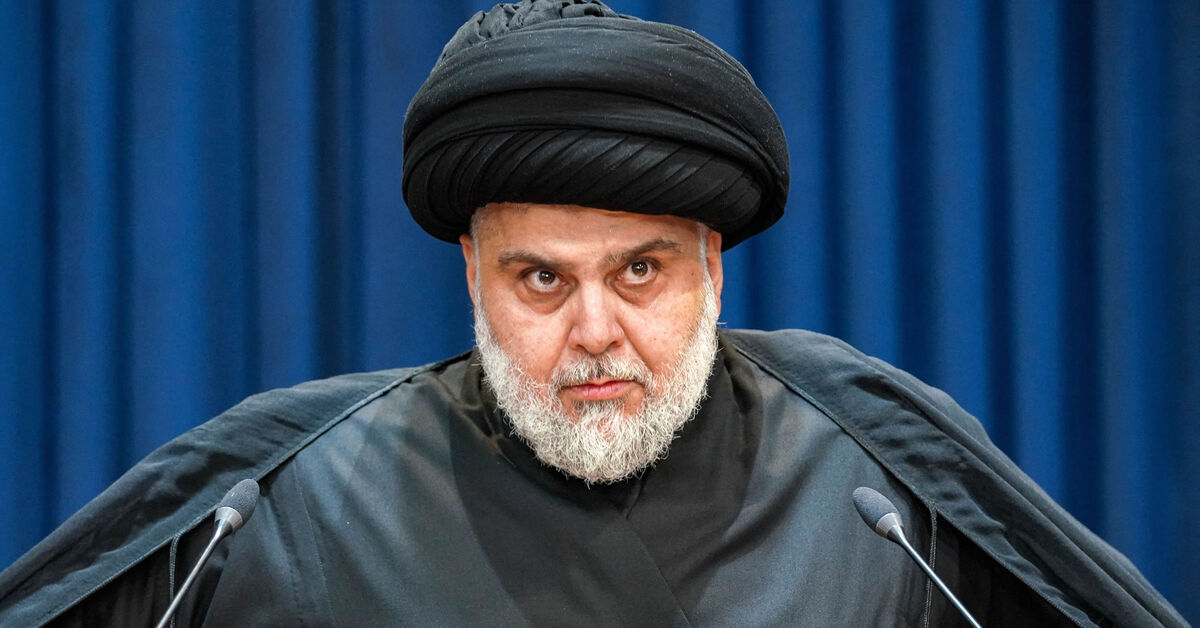 The controversy surrounding LGBTQ rights for participants and spectators at this year’s FIFA World Cup in Qatar has inspired new movements against the LGBTQ community in Iraq, where political leaders and parliamentarians are seeking to pass a law criminalizing homosexuality.

On December 3, a mass anti-LGBTQ campaign was launched in Baghdad’s Sadr City, less than 24 hours after the leader of the Sadrist movement Muqtada al-Sadr called to collect 1 million signatures “in support of the fight against the LGBTQ community”, so that ” does not propagate vice”, as Sadr said.

In his call, Sadr said: “Faithful men and women around the world must unite to fight the LGBTQ community, not with violence, murder and threats, but with education, conscience, logic and high moral standards.”

Amir Ashour, founder of IraQueer, an Iraqi organization that advocates for the rights of the LGBTQ community in Iraq, told Al-Monitor: “It seems that Sadr has nothing but the LGBTQ community to focus on. Iraqis are experiencing power outages as air pollution continues to worsen amid high unemployment and crime rates. Iraq faces corruption problems, but Sadr’s priority appears to be targeting a marginalized group. Anyone who incites against citizens is a terrorist, not a leader.”

Sadr was the first to sign the campaign he launched by putting his signature on a paperwritten in Arabic and English, against the LGBTQ community.

Although no political, religious or social institution showed their support for Sadr’s positions, some people expressed their support on social networks and through the media. Meanwhile, the Sadrists are working on collecting 1 million signatures which, if achieved, could help the Shiite cleric gauge his own support ahead of upcoming elections expected to be held at the end of 2023.

Immediately after Sadr’s call to combat the LGBTQ community, Twitter was flooded with posts with the hashtag #LGBTQ community. More than 134,000 tweets were written in 36 hours, most of which showed solidarity with the leader of the Sadrist movement.

Along with Sadr’s new stance, Iraqi parliament member Soran Omar Saeed sent a letter on December 3 to the Speaker of the House of Representatives, along with the signatures of 25 members of parliament, to support legislation banning LGBTQ propaganda. .

Sarah Leah Whitson, executive director of Democracy for the Arab World Now, told Al-Monitor: “Sadr’s efforts to stigmatize and attack LGBT community they are serious and uneducated, especially in an environment where the Iraqi LGBT community, including children, suffers an unprecedented level of violence, torture and harassment.”

Whitson, who previously served as Middle East and North Africa director at Human Rights Watch (HRW), noted: “Sadr’s misguided attempts to portray gay Iraqis as suffering from disease contradict science and science . [history]. Instead of contributing to the violence and discrimination that plague the country, Sadr should accept the fact that homosexuals are a normal part of Iraqi society, like any other society in the world. At the end of the day, it is the responsibility of the Iraqi government to protect the Iraqi gay community and ensure that they are protected from the hatred and discrimination promoted by people like Sadr.”

Sadr’s supporters describe the LGBTQ community as demonic and although they have started a signature campaign, they do not know where their signatures will be sent. Ibrahim al-Jabri, director of Sadr’s office in Baghdad, said: “Leader of the Sadrist movement Muqtada al-Sadr he is the one who will determine who he will be sent to later.”

Commenting on the bill from the Iraqi Kurdistan parliament, HRW said: “If it passes, it would be punish any individual or group that defends the rights of homosexual, bisexual and transgender people (LGBT people).

Ashour added: “Attempts to pass a law in parliament will not change anything in the lives of most Iraqis. All it does is legally attack a group in society, despite Iraq’s international commitments to human rights. We call on parliament to focus on the lives of citizens, and we will be the first to support it. We are committed to defending our rights, whatever the cost.”

Sadr’s stances on homosexuality go back six years. On March 28, 2020, Sadr said that “the spread of the coronavirus was due to the legalization of same sex marriage”, and at that time called on the Western countries that had legalized it to abolish these laws.

On May 17, 2020, the European Union mission and the British and Canadian embassies raised the rainbow flag at his headquarters in Baghdad, sparking a wave of anger in Iraq. At the time, Sadr said: “This is an export of sin and immorality.”

On July 7, 2016, Sadr’s office issued a directive which stipulates that homosexuals must not be attacked. HRW praised his move and called on government officials to pay attention to your statement. In the same statement, HRW indicated that the Mahdi Army, Sadr’s affiliated armed faction, had committed acts of murder, torture and violence against the LGBTQ community years ago.

Should the Iraqi parliament enact a law banning the promotion of homosexuality, this could provide an incentive for extremist groups to commit acts of violence against them, as happened a decade ago when extremist Islamic groups committed acts of killing against the LGBTQ community in Baghdad.