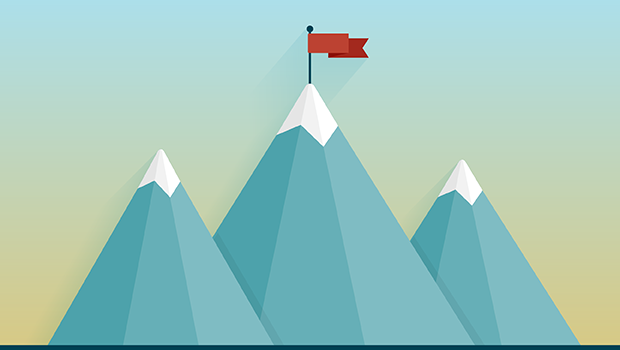 Turbulent times can paralyze you with fear or energize you with limitless opportunity, and great leaders are often the ones who make the difference. Amid complexity and volatility, top leaders anticipate and adapt. They build clarity out of uncertainty. They communicate a vision that inspires you to strive for more. They challenge and elevate their teams, giving people the confidence to not only persevere, but rise to the big moments and make bold things happen.

When it comes to developing these types of leaders, there is one organization that truly stands out from the rest: the US military. There are also many lessons and parallels from that high-stakes world that apply to digital leaders today.

In a recent episode of the Tech Whisperers podcastI had the opportunity to sit down with three CIOs who started their careers in the military: Mike Goodwin, PetSmart CIO and former Army officer; Woody Groton, CIO of Draper Laboratories and a former Army officer who is currently a brigade commander in the Army National Guard; and DiAnna Thimjon, CxO Strategic Advisor, four-time CIO/CTO, and former Army officer. They shared some powerful lessons in adaptability, preparedness, and resilience.

We also explore how the military helped them develop a mindset and skills that have served them well in their civilian careers. Here, they offer advice for today’s emerging IT leaders.

Dan Roberts: What leadership piece of advice has really resonated and stayed with you throughout your career?

Mike Goodwin: Wayne Herron was vice president of group operations when I was in one of my first senior director roles supporting his organization, and he was like a student of leadership. I would come out with these quotes that would just resonate and weave into the fabric of the culture.

In the military, I learned the concept of always striving for excellence. In the corporate world, that translates into always wanting to improve results. Something Wayne said really helped crystallize it further, and I use it to this day: Today’s high bar is tomorrow’s expectation. You can’t sit back and celebrate the big win you got now because that’s the table stake for the next time you play. And that’s how you rise.

It also means that if you approach your next role exactly as you did your previous role, you will fail. You have to really understand the uniqueness of what it is: a gesture or leadership style.

That doesn’t mean you change the core of who you are, but you’re going to have to flex and figure out what to do differently to be successful, whether it’s a side role or a promotion, and definitely whether it’s a role in a different place. business. Those who have learning agility and adaptability without sacrificing what made them successful will go a long way.

[ Also read 7 qualities of a resilient IT culture. ]

Woody Groton: I think of Brig. General Bill Conway, for whom I worked for most of the seven years I was CIO of the New Hampshire National Guard. Once again, he is someone who has a lot to do with leadership. When he was a young lieutenant, he was in the 82nd Airborne and at Fort Bragg, and then his entire battalion was moved to Italy. Some of the officers that were in his unit, the operations officer, the executive officer, they all went up to four-star ranks. So he paid that advance.

See also  Investment in Education, Poor Police Accountability: 5 Takeaways from the State of the State Address

I think of times when, for example, the network would be down. As a CIO, this is one of your worst days. But whether it was something we did or not didn’t matter. He would never hit me for it. He would be very calm, very patient. He was like, ‘I know you’re doing everything you can to get us back online. I trust you. I believe in you, and me getting angry isn’t going to help you do your job.’ So that was very important to me. Talk about confidence, having confidence, that’s huge.

Diana Thimjon: One of the mentors that really helped me is Carolyn Davis. She is one of the women who really paved the way for women in leadership.

I remember a case where she was SVP of the sales organization and I was on a very big show too soon. I wasn’t prepared for the complexities of that, and I was making about a million mistakes every day, trying to lead but scared and scared. She pulled me aside and said, ‘Okay, take a deep breath. Let’s recognize what you’re good at and let’s recognize where you need to learn.’ She just reminded me of the lessons she already knew, and after that I led differently.

I’ve had moments like this throughout my career where I was thinking about leaving one company and moving to another. I would ask [someone for] advice and say, ‘Well, let’s think about what you’re trying to get out of that. Frankly, those pivotal moments marked my career.

That can be both physical and metaphorical. In other words, a unit is strong when everyone works well together, when everyone excels. If it’s just you and your own responsibility, that doesn’t make the larger unit successful or your peers you depend on successful.

If you have an area that you are struggling with and you are not helping, you are not reaching, then your responsibility is lost there as well. Because no one can do it all alone. You can’t control every aspect, especially as you move through your organization.

Incense: I think of ownership as proactive and sometimes accountability is reactive, meaning if something happens and it’s bad, who is responsible for it? But the property is positive. He is proactive. It’s about, ‘Hey, we own this together; let’s find this out’.

property is positive. He is proactive. It’s about, ‘Hey, we own this together; let’s find this out’.

It can get bad press when people think that if you own something you are controlling it. But I think ownership done right is about support and being there and saying, ‘Whatever happens, we’ll find a way.’

That goes back to giving permission for teams to take on something they haven’t done before. That is more difficult. But they gain confidence knowing that you are there, that you will help them no matter what, good or bad, and that there will be at least some learning and hopefully a positive outcome as a result.

Groton: You are responsible for everything your team does or doesn’t do. That is one of the military mantras. And when you take ownership, that resonates both up and down. Their subordinate leaders and even individual contributors say, ‘Oh, okay. The boss has it. He’s not blaming me or the network engineer or whatever. He’s taking that away from the CEO.

And I think that will resonate within the executive leadership team: IT screwed it up, but Woody owns it. He’s not making excuses, he’s not blaming anyone else, and they’re immediately dealing with what happened. And now we’re going to go back and fix it and put something in its place so it doesn’t happen again.

Roberts: How can emerging leaders better prepare to become owners and take responsibility as they advance in their careers?

Incense: Ownership is much easier when you are younger in your career. As you enter the C tiers, the stakes are higher. It can be a career-defining moment if you have something go wrong.

So going back to the development of middle management, from manager to director to leader, those kinds of pivots are really important for you to continue to own and continue to take responsibility for all the results of your team, sometimes even at the risk of your career. That’s a tough pill for many leaders to swallow. But it is the price of having the opportunity and the gift of leading at a much higher level.

You’ve talked about encouraging young leaders to make those decisions now, and that’s a great way to think about it. It’s also about recognizing that if you have a leader who doesn’t model those behaviors, then it might be time to find a leader who does, because you’re not going to grow in an environment where you don’t have leaders who really step up and stay behind. .

You should also take those photos early to build strong confidence and clarity as you grow in your career. If you have aspirations to get to that C level and beyond, the stakes are higher there, so you don’t want to practice that for the first time when you become a director. You wish you had plenty of practice so that it is second nature to the way you work.

Groton: As the leader of the C-suite, it’s not about small things; it’s the eight-figure initiative and, as DiAnna said, the stakes are high. So I think that’s where you really have to do your homework and have your staff and build a strong team to do those kinds of things.

Think about being in the army as a second lieutenant: you’re looking at that lieutenant colonel who’s the battalion commander and you’re thinking, ‘Oh my God, I could never do that.’ But 15 or 20 years later, you’re in that position because you had that experience, mentorship, you had the training, and it gives you the ability to be successful.

As a mentor to subordinate officers, I will say, ‘You are a high performer. You have high potential. There are no guarantees, but you have the potential, Captain, to be a brigade commander one day. Just keep doing the right thing. Take care of your soldiers, accomplish the mission, keep up with your military education and there is a good chance that you can be sitting in my seat one day.

Good Winner: Be sure to take some time to reflect, especially as the younger leader approaches. Observe the leaders around you, whether you are taking mental notes or physically writing notes. You have an open lab in front of you, so don’t rule out those opportunities. Develop this discipline of learning lessons, the good and the bad. It will serve you well.

Incense: One thing I will add: I think women in particular, at least my generation, were not well trained. We don’t get specific mentoring or career plans like I think some of my male peers did. And it was always scary if you went out of bounds. If you did, you were labeled as someone who wasn’t consistent or predictable.

But the reality is that it made my career. And to the women and men I coach today, I often say, ‘Don’t be afraid of what other people say to you. Instinctually look for what you think you will do well. Don’t be afraid of the difficult challenge, because when you come out the other side, there is a lot of fun, joy and a sense of achievement.’

To learn more from the leadership manuals of these CIOs with military roots, tune in to the special Veterans Day episode of the Tech Whisperers podcast.