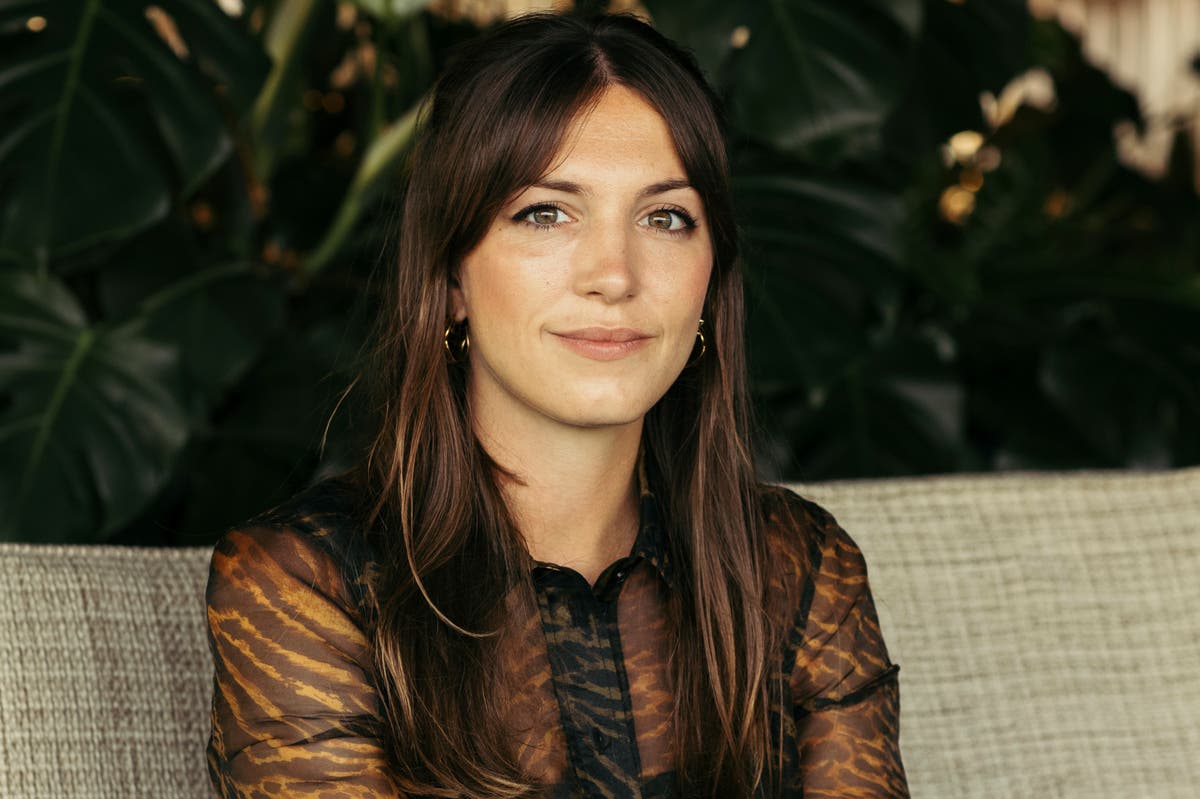 Art books receive awards, but most of us have never heard of them. Even the most popular art titles are niche; they are mostly sold in gallery shops, snooty boutiques, and, as art historian Katy Hessel puts it, “on the third floor of the bookstore.”

So it’s a big deal that recently his own title, The History of Art Without Men, won the wildly popular Waterstones Book of the Year, automatically claiming a prominent place in the middle of Britain’s high streets. Past winners include Maggie O’Farrell’s Hamnet and Philip Pullman’s The Book of Dust.

Hessel is of course delighted. “It is a testament to all those people who have fought and fought for their place in the history of art,” he says.

His work tries to celebrate those who are normally left out of the canon; Before the book, she was known for the Instagram account she started in 2015, @thegreatwomenartists (she has over 300,000 followers) and a related podcast.

Hessel admires Gombrich’s work, but notes that “his first edition did not include any female artists, and the 16th edition only included one.” For balance, her version doesn’t include men.

Hessel is 28 years old and grew up in London. She has a BA in Art History from UCL, but says she hardly studied any women. When she finally realized this at the age of 21, it was because she had walked into an art fair and suddenly noticed that all the artists were men. “I hadn’t even thought about the gender disparity in the art world before, and it was completely shocking,” she says. “That’s half the world’s population.”

Even today, based on the work on display in major galleries, one might think that art is only created by men. Women artists make up just one percent of the National Gallery’s collection, and 2023 will mark the first time the Royal Academy of Arts has hosted a solo show in the main space by a woman (Marina Abramović). “Women have always made art,” says Hessel, “and not only that, they had to work twice, triple, 10 times more than their male counterparts.”

If you are skeptical about it, I urge you to read his book, which is an extraordinary revelation and very entertaining. From the early 16th century to the present, it reveals hundreds of astoundingly talented artists, most of whom will be new to you, working in everything from woodcarving to oil painting to photography. Hessel’s intelligent narration explains the obstacles they had to overcome to do that job: Women were not allowed to study the nude body or enroll in art academies until the late 19th century, and they were not given the freedom to roam without companions in search of inspiring landscapes. or churches. Many of those women who managed to make art were born lucky: they had artist parents.

Hessel quotes a comment by the 20th century artist Roland Penrose, husband of the famous photographer Lee Miller, which in this context sounds particularly stupid. “Of course women were important,” he said in the 1980s, “but it was because they were our muses. They were not artists.

It is because of this disempowering lie, which has been so ubiquitous, that we badly need books like Hessel’s.

You will not read about women as muses in its pages. “When people talk about Dora Maar, Picasso is often mentioned, because they dated for a short time,” she says.

“I am not going to mention Picasso, because it is not relevant to his artwork.

Why do we always have to mention Jackson Pollock when we talk about Lee Krasner? When we talk about him, we never mention her. So, what I really wanted to do by rooting them in his social and political history, is forget all this “wife of”, “muse of”, “daughter of”. These people should be there in their own right. They were pioneering and innovative artists.”

Sofonisba Anguissola (1532-1625) is one of those figures. She had the very rare opportunity to be apprenticed to a local painter and she went on to become an artist at the Spanish court, admired by Michelangelo. Her works are playfully subversive. Self-portrait of her with Bernardino Campi shows her teacher, Campi, painting a portrait of her. However, an attentive viewer will note that she is the dominant figure, not the teacher; in the 1990s, it was discovered that Anguissola had originally painted her own hand guiding Campi’s.

Elsewhere in the book is a 1612 still life by Clara Peeters (1594-c.1657). At first glance, it’s just a couple of glasses and a vase of flowers; on closer inspection, Peeters’ reflection is painted on each facet of one of the goblets. “So what might look like a still life is actually hiding 11 self-portraits,” says Hessel. “It’s almost like, let’s demand to be seen and make sure our work isn’t misattributed to male artists.”

Hessel particularly delights in the work of Charlotte Salomon (1917-43), who painted Life? O Teatro?, an autobiography in 784 gouache works. “I think it’s one of the most extraordinary pieces in the history of art,” says Hessel.

“It’s essentially a graphic novel about growing up in Berlin as a Jewish girl, falling in love, discovering music, and then when the Nazis come to power, everything changes. She died at the age of 26, five months pregnant, in Auschwitz. Somehow this work survived.’

It’s disappointing that an artist like Salomon isn’t better known. “I think arts education in general is a big problem in the UK, because our government doesn’t pay enough attention to it,” says Hessel. “Obviously, all school subjects are important, but so is art. It gives agency to people, because they feel like they can do things. No matter what business we get into, we all need that freedom.”

His conversations with the students give him hope. ‘The surprising thing is that young people are driving the change. They don’t want to learn a “definitive” art history, they understand that the canon is continuous and global. We need to see the story from a broad perspective.”

By writing the book, she may be playing her own role in shaping history, both past and future. She hopes that other scholars will delve into the artists she researched; The Courtauld Institute of Art has included The History of Art Without Men in its curriculum. To mark her publication, Hessel also curated an exhibition at the Victoria Miro Gallery of post-2000 women’s art, which drew long lines of visitors.

She wants to show the world, not just women, that art history is the story of all of us. “There is a lot of work to be done,” she says. “Everyone should feel welcome to enjoy and make art. If we’re not looking at the art of a wide range of people, we’re not looking at society as a whole.

“My dream for this book is that a 13-year-old boy finds it in the school library and thinks, actually, I see myself in this.”