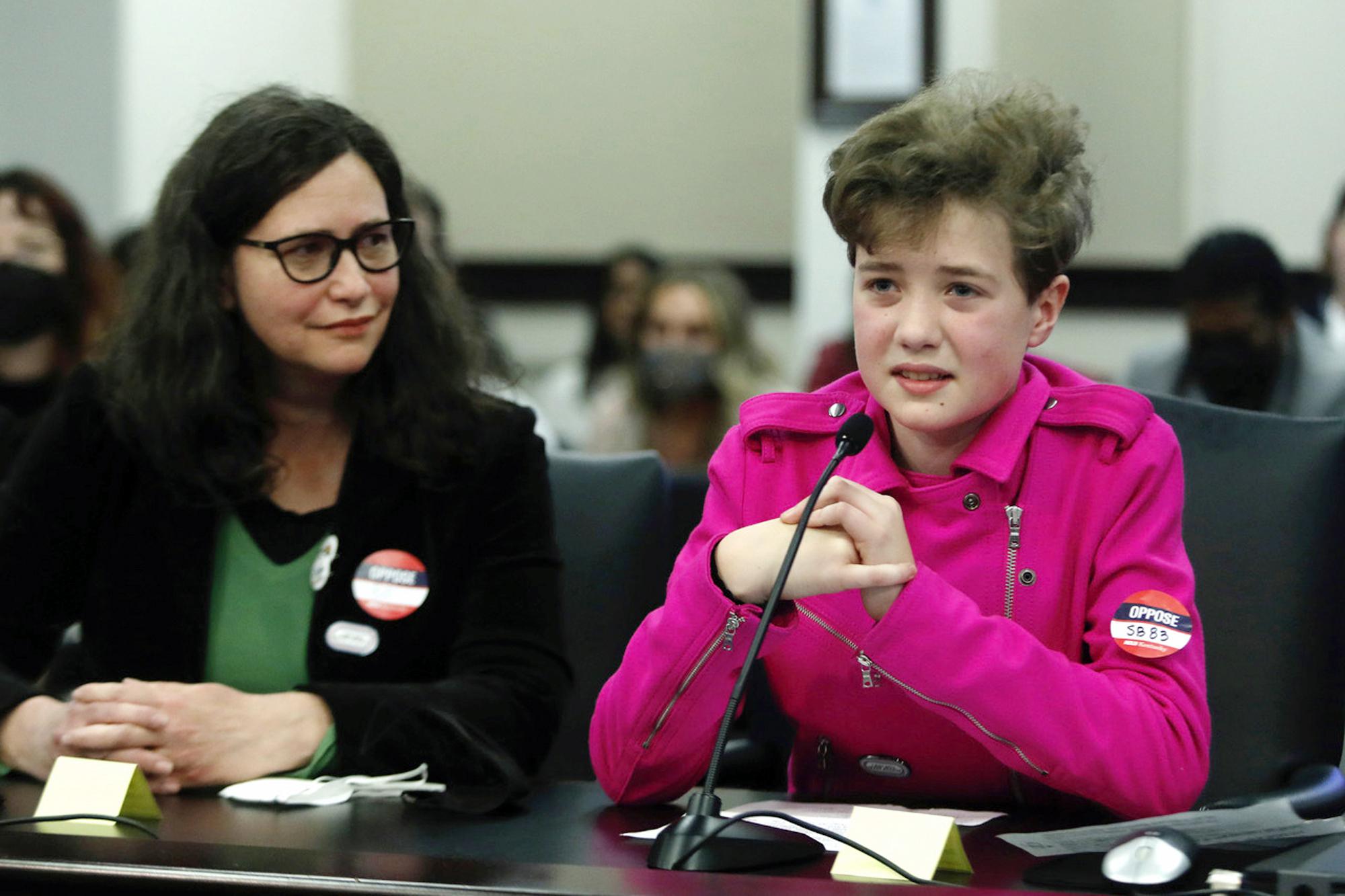 FRANKFORT, Ky. (AP) — The Democratic governor of Kentucky on Wednesday vetoed a bill that would bar transgender girls and women from participating in gender-matched school sports from sixth grade through college.

In his veto message, Gov. Andy Beshear said the Republican-backed measure “very likely” violates equal protection rights in the US Constitution because it “discriminates against transgender children seeking to participate in sports for girls or women.

The GOP-dominated state legislature will have a chance to override the veto when lawmakers meet on April 13 for the last two days of this year’s session. The transgender bill sparked emotional debate at times, but cleared both chambers with strong majorities.

Republican-led states have increasingly adopted such bans on transgender girls or women, though culture war-related bans have been challenged in several states as violations of federal law. Beshear noted that similar measures drew vetoes from Republican governors..

Under the Kentucky bill, a student’s gender would be determined by the “biological sex” indicated on the student’s original birth certificate issued at the time of birth.

Republican Senator Robby Mills, the bill’s main sponsor, has said the measure would ensure that girls and women compete against other “biological women.”

In vetoing the measure, Beshear said its sponsors had not presented a “unique case” in Kentucky of someone gaining a competitive advantage as a result of “sex reassignment.”

“Transgender children deserve the efforts of public officials to demonstrate that they are valued members of our communities through compassion, kindness, and empathy, even if they are not sympathetic,” the governor wrote.

Mills has said the bill reflects the concerns of parents across the Bluegrass state. She said she “thinks ahead” to avoid situations where girls or women unfairly compete against biological men.

“It would be overwhelming for a young woman to train her entire career to end up competing against a biological male in the state tournament or state finals,” Mills said during a debate on the bill.

The governor’s veto was hailed by the Fairness Campaign, a Kentucky-based LGBTQ advocacy organization. The group’s executive director, Chris Hartman, called it a “harmful law that would deprive transgender girls and young women of the opportunity to grow and learn by being on a team, simply because of who they are.”

“From the beginning, this bill has been more about fear than justice,” Hartman added.

David Walls, executive director of The Family Foundation, which supports the measure, said the governor sided with “his awakened political base” in vetoing the bill.

“Biology is important, especially in sports, and we hope the General Assembly will override Beshear’s deaf veto so women’s sports in Kentucky can be protected,” Walls said.

During a committee hearing, lawmakers heard first-hand accounts from a young transgender woman about how important playing for high school field hockey is to her life. Fischer Wells spoke about the friends he had made and how much fun it was to be a part of the team.

“It is disgusting that this bill is being suggested,” he said. “It’s terrible. And I worked really hard and practiced so many hours.”