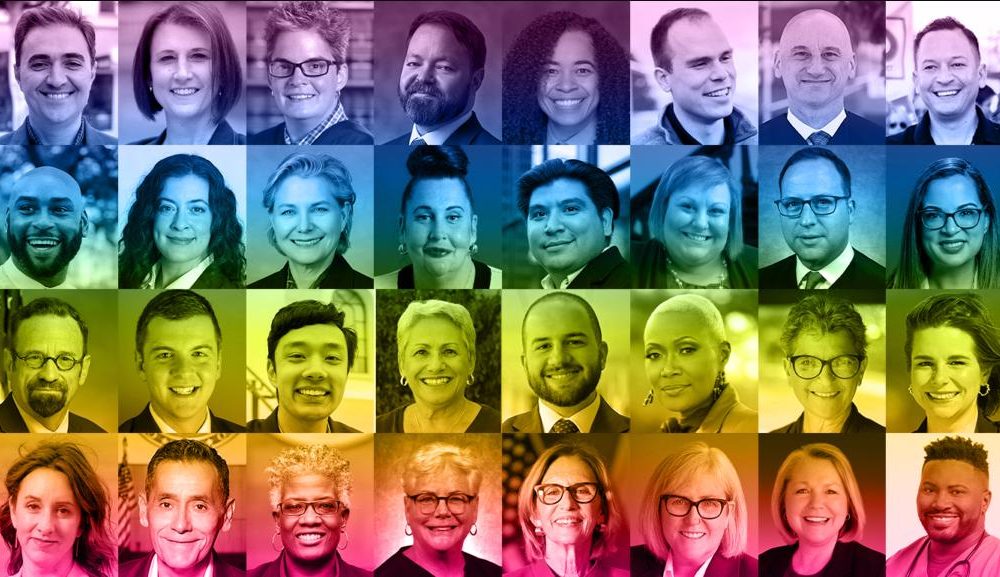 Kirk, 29, is a co-founder of Turning Point USA, a right-wing conservative political group whose goal is to influence college students and youth. Ironically, Kirk himself dropped out of Harper College, a junior community college near Chicago, without having earned any degree or certificate.

Kirk hosts a daily three-hour radio talk show, called The Charlie Kirk Show, on Salem Media, which is known for owning the conservative websites Townhall.com, RedState, Hot Air, and PJ Media, as well as the Twitter aggregator Twitchy, which calls itself a “For-Profit Christian Broadcasting Corporation.”

He is also an avid supporter of impeached former president Donald Trump, consistently refers to himself as a MAGA Republican, and has claimed that the concept of white privilege is a myth and a “racist lie.” He has also spread false information and conspiracy theories about COVID-19 on social media platforms, such as Twitter, in 2020.

Kirk has recently been attacking the LGBTQ+ community on the issues of trans youth and also following the lead of far-right Republican Rep. Marjorie Taylor Greene(R-GA) when attacking Senator Wiener:

Kirk’s attack on the senator began with: “Thousands of California pedophiles are free after just a few months in jail, thanks to the state’s dramatically reduced penalties for child molestation. One of the reasons so many of these predators are on the loose so soon is California legislator Scott Wiener.”

He then went on to state in the thread: “That name and photo may ring a bell. Wiener is one of the most effective legislators in the entire country. He is behind the new California law that will protect parents who kidnap their children and bring them to California for mutilating surgeries.

Wiener was also behind California’s law reducing penalties for intentionally spreading HIV to others, and its law creating a “non-binary” third gender for government documents.

If there are any scary ideas related to modern gender and sex ideology, Wiener has probably written and passed a bill about it in California.

If elected Republicans cared as much about the concerns of their voters as Scott Wiener cares about freeing pedophiles and maiming children, they would have won total victory long ago.”

Editor’s Note: It should be made clear that California has NOT reduced penalties for child molestation.

(REUTERS) Posts on Facebook claim that SB-145, a bill passed by the California State Senate on August 31, 2020, seeks to “legalize pedophilia.” This claim is false, as the bill seeks to reform the state’s sex offender registry to be more fair to LGBT young adults who may be in technical violation of statutory rape laws. The bill seeks to treat all cases of child rape, regardless of the type of sex involved, equally.

Senator Wiener responded to Kirk’s attacks by saying on Twitter:

Charlie Kirk, one of the biggest liars looking for attention, is spreading outright lies about me. These statements are absolutely false and defamatory. These are the lies that fans have always spread about LGBTQ people, lies that lead to violence against our community.

In an emailed statement to Blade Wiener, he said:

“LGBTQ leaders across the country are being targeted by toxic far-right ideologues and elected officials. These MAGA talking heads, whose party performed much worse than expected in the midterm elections, have no meaningful political solutions to the problems facing our country. Instead, they focus on smearing and demonizing gay and trans people, and using us as scapegoats. Specifically, they’re employing the age-old smear that LGBTQ people are threats to children, and that’s what Greene and Kirk tweeted about me.

“Charlie Kirk is a prime example of this type of right-wing extremist scammer, and he joined Congresswoman Marjorie Taylor Greene in tweeting repackaged versions of centuries-old homophobic lies about me. Kirk and Greene are leading the movement to smear gay men and transgender people as ‘pedophiles’ and ‘barbers’, and these heinous words have consequences. Whether it’s the massacre at Club Q or the death threat I just received this morning in reference to Kirk’s tweet, LGBTQ people everywhere are experiencing an onslaught of violence and threats.

“People like Kirk and Greene are a stain on our country, and should be held accountable for spreading vile and homophobic misinformation.”

in his statement Wiener was referring to the attack last week. by far-right Republican US Rep. Marjorie Taylor Greene, (R-GA) who called the senator a “communist” and questioned Wiener’s loyalty and service to both the state of California and the US He then accused Wiener of being a “groomer” which implies that the Senator was a child predator for sexual purposes:

“Pass my Child Innocence Protection Act to stop communist hairdressers like this from using the power of the state government to take children away from their parents and allow a for-profit medical industry to cut off the genitals of these confused children before they are old enough to vote..”

Wiener highlighted the use of the word “barber” as the backlash and fallout from right-wing sources regarding the mass shooting at Club Q in Colorado Springs continues to escalate against the LGBTQ+ community.

“The word “barber” is categorically an anti-LGBTQ hate word. He’s super homophobic/transphobic. Play on the smear that LGBTQ people are pedophiles. It’s no different than calling someone a fag. If you call someone a groomer, you are inciting violence against LGBTQ peopleWiener declared in a tweet.

“It is sickening, but not surprising, that days after a mass shooting fueled by dangerous rhetoric from extremists like Marjorie Taylor Greene, Charlie Kirk is publishing lies to spread anti-LGBTQ+ hate. The statements made are false, defamatory and lead to violence against our LGBTQ+ community. This is another performance to generate hate.”

The organization had previously tweeted Kirk defending the senator:

“This is a lie. It is false, offensive and dangerous – the exact type of disinformation that has fueled violent attacks like the Q Club shooting in #Colorado Springs. Shame on you, and shame on @Elon Musk [Twitter owner and CEO] for allowing these dangerous lies to proliferate.”