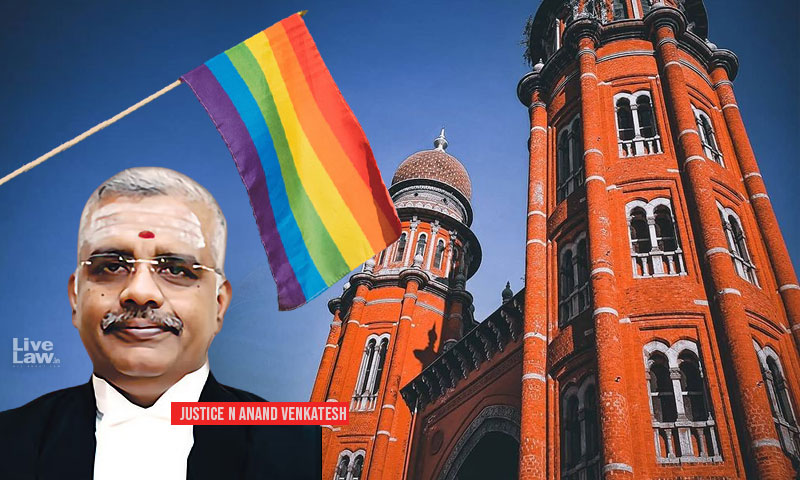 The Madras High Court was compelled on Monday to point out that people belonging to the LGBTQIA+ community have been marginalized from mainstream society for a long period and that it is about time the government prioritized the implementation of regulations and policies. .

The statements were made by Judge Anand Venkatesh after the State sought 6 more months to come up with the final Transgender Policy.

This process takes more than a year and it is not known why a period of six months is sought to bring to light the Transgender Policy and the rules of the 2019 Law, the judge remarked at the beginning.

The Government must bear in mind that people belonging to the LGBTQIA+ community have been marginalized from the mainstream of Society for too long and it is high time that the implementation of policy and regulations is given top priority. If the Government is really willing and serious about improving people who belong to the LGBTQIA+ community, some urgency should be shown to finalize the policy and rules. This Court hopes that the Government appreciates the concern expressed by this Court.

The Court heard an argument presented by a lesbian couple seeking police protection for their family. The court had previously approved a series of instructions in an attempt to remove the stigma associated with the community and ensure the welfare of community members.

When the matter was brought up recently, the Additional Attorney General informed the court that the State Government had published a glossary in the Tamil Nadu Government Gazette suggesting terms to address members of the community. Since this glossary now had legal backing, it was henceforth mandatory to address members using the glossary terms. In doing so, an attempt was made to treat people from the LGBTQIA+ community with more dignity and respect. Therefore, the court ordered all interested parties, including the press, to take note of this notification and to use these terms in the future.

Regarding the Regulation of Transgender Persons (Protection of Rights) and Transgender Policy, it was reported that instructions were received. A period of six months was sought to finalize these policies. However, the court was not inclined to allow this time and suggested that the clerk in question may file a status report at each hearing so that the court can take note of the progress made.

The National Medical Commission’s permanent counsel informed the court that the Committee of Experts had already suggested the revised guidelines and module to the National Medical Commission on psychiatric issues facing the LGBTQ+ community. The court ordered the lawyer to obtain instructions as to whether any communication was made in this regard to medical schools/medical institutions/medical universities/medical education boards. The court also ordered the lawyer to submit a status report on the actions taken by the NMC in compliance with the court’s previous orders.

Significantly, the Ministry of Social Justice and Empowerment informed the Court that it has no experience with NGOs that are active in the field of LGBTQIA+ community welfare and was providing financial assistance only to those CBOs working for transgender people. However, the court expressed its discontent and ordered that the Ministry must ensure that NGOs working for the betterment of the LGBTQ+ community are properly identified.

Therefore, the court ordered the attorney to submit a status report for the upcoming hearing regarding the steps taken to ensure compliance. The matter has been republished until September 2, 2022.