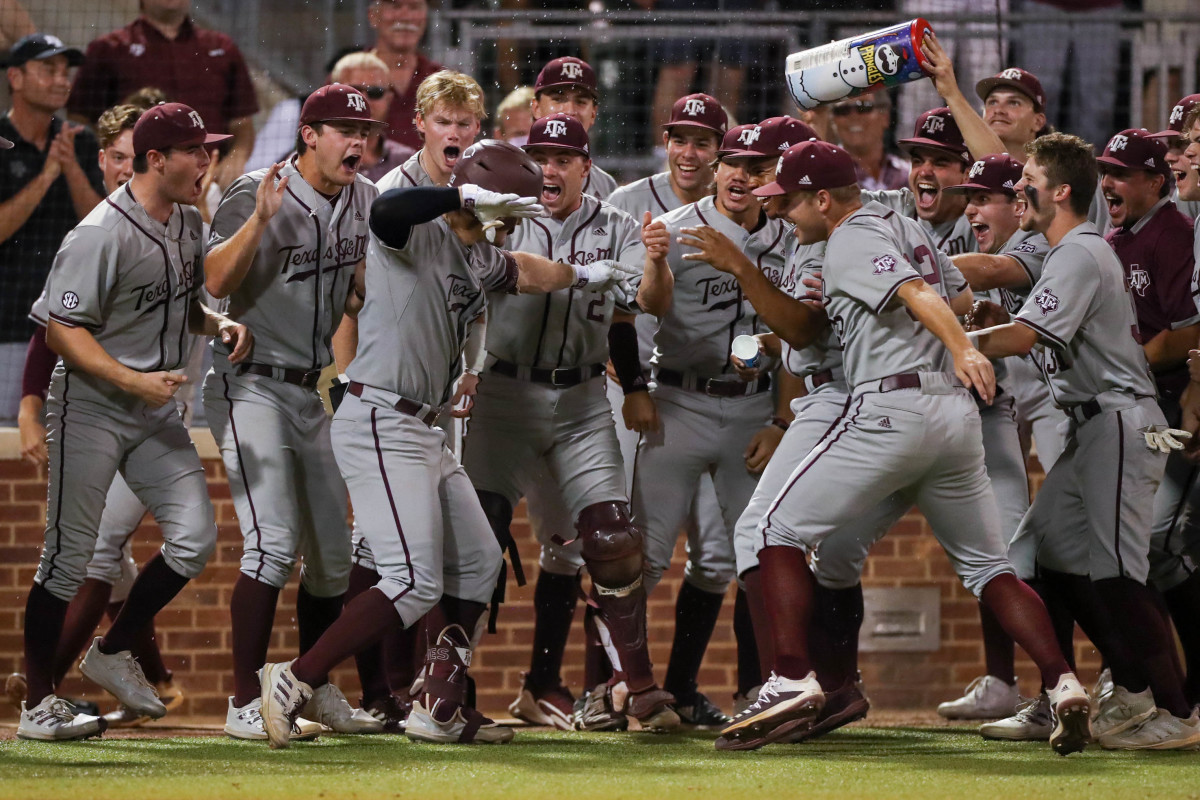 COLLEGE STATION — The expectation all along was that Texas A&M would take on Jim Schlossnagle’s old team at TCU. The time has come and it arrives on the biggest stage in front of a sold out crowd.

If the No. 5 Aggies win, they’ll advance to the Super Regional at Blue Bell Park on Friday. If TCU is victorious, the two will square off in a game-winning matchup on Monday night.

Schlossnagle, who spent 18 seasons with the Horned Frogs before leaving for College Station in the offseason, said he hoped TCU would be in the running for the Aggies’ pack. After winning the Big 12 regular season title, TCU fell short in the conference tournament, allowing Oklahoma State to take over the regional as the host destination.

Schlossnagle led the Horned Frogs to five College World Series appearances during his time in Fort Worth, including four consecutive appearances between 2014 and 2017. TCU lost Game 1 to Louisiana, but won the next game again against Oral Roberts and the Ragin Cajuns in a rematch Sunday afternoon.

Follow along with AllAggies.com for nine innings as A&M looks to return to the Super Regionals for the first time since 2017.

Here is the starting TCU lineup

– Jack Moss singled up the middle

– Troy Claunch grounded out to Sacco, forced out at second (6-4)

– Tommy Sacco struck out swinging, Nunez called out on interference sliding to second base (K)

– Kole Kaler grounded out to Sacco, throw to Bishop (6-3)

– David Bishop grounded out to Werner throw to Targac, Goodloe out at second (5-4)

– Porter Brown grounded out to Targac, throw to Moss (4-3)

– Byrne grounded out to Targac, throw to Moss, Sacco scored (4-3)

– Bost singled past second base

– Claunch grounded out into a double play, Targac out at second, Bost to third (6-4-3)

BOTTOM OF THE ROOM

– Boyers grounded out to Werner, Bishop advances to second on Kaler’s error

– Brown grounded out to pitch, Cortez threw to Claunch, Bishop out at home, Rodgers to third (FC)

– Nunez grounded out to Targac, throw to Moss, Rodgers scored (4-3)

– Claunch grounded out to Taylor, throw to Bishop, intercepted by Targac at second (5-3)

BOTTOM OF THE SIXTH

– Minnich singled up the middle

See also  Russell Wilson Called "A Square" Because It's Not The Future?: Op-Ed - VIBE.com

– Goodloe flied out to Thompson (F8)

BOTTOM OF THE EIGHTH

– Nunez grounded out to Targac, throw to Moss, Brown advanced to third (4-3)

BEGINNING OF THE NINTH