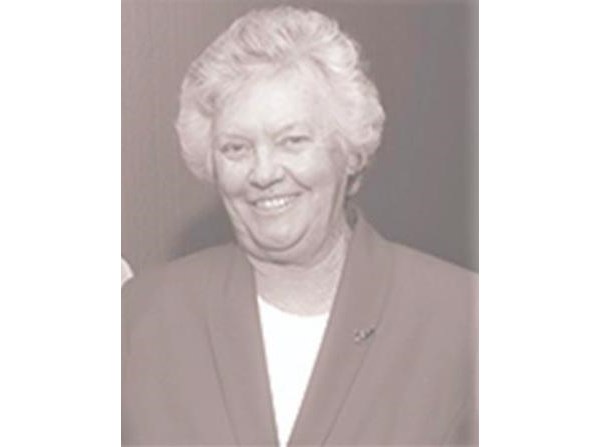 LOUISE O’NEAL (1939-2022) Women’s Basketball Hall of Fame inductee, coaching pioneer and legendary college administrator Louise O’Neal passed away on September 17 in Plymouth, Massachusetts after a long illness; she was 83 years old. O’Neal retired in 2006 after a successful collegiate athletics career spanning more than forty years as a teacher, coach and administrator at Southern Connecticut State University, Yale University, Dartmouth College and Wellesley College. Her commitment to women at all levels of collegiate athletics ran deep with generations of female student-athletes, coaches and administrators indebted to her for her tireless efforts to make a difference for today’s generation. A passionate and fierce advocate for women’s rights, O’Neal was not only instrumental in helping bring about change for women in collegiate athletics, but she also personally excelled at the highest levels as a coach and administrator. She was a force within the Association for Intercollegiate Athletics for Women (AIAW), as well as the National Collegiate Athletic Association (NCAA), serving those organizations regionally and nationally while helping internationally with the Women’s National Basketball Team. of the USA several of its players selected for Olympic teams. As a head coach, O’Neal’s greatest accomplishments came during her time at SCSU, where she led her teams to a 144-37 record with 8 consecutive national championship appearances and reached the Final Four four times. times. As a pioneer in women’s college basketball coaching, she revolutionized the women’s game with pressure and fast-break games that are commonplace throughout women’s basketball today. When she moved to Yale as head coach and administrator, she helped lead not only the women’s basketball team to success, but the entire women’s athletic program that was recently immortalized in the ESPN documentary celebrating the 50th anniversary of Title IX. “37 Words Part 2: These are our bodies.” She left Yale for a distinguished ten-year athletic management career at Dartmouth College, becoming Senior Associate Athletic Director and serving on numerous campus, Ivy League and NCAA committees while Dartmouth’s athletic program achieved great success in the conference and nationally for both men and women. women. In 1990, she became Director of Athletics and Physical Education at Wellesley College, continuing to serve on various campuses, conferences, and national committees, while the Wellesley College Athletic Program achieved tremendous success during her sixteen-year leadership career. O’Neal received numerous honors and accolades throughout her life, in addition to the national Women’s Basketball Hall of Fame, including the Leading Women in Collegiate Sports National Manager of the Year award and Lifetime Achievement Award; Women’s Basketball Coaches Association Jostens-Berenson Service Award for lifetime commitment and service to the game of women’s basketball; Ivy League legend; the Connecticut Women’s Basketball and Southern Connecticut State University Athletic Hall of Fame; the New England Basketball Hall of Fame and the Wellesley College Athletics Hall of Fame. O’Neal was born in Fort Worth Texas and received his bachelor’s degree from North Texas State University and his master’s degree from the University of Wisconsin. She is also a graduate of the Harvard Institute of Educational Administration and the Institute of Higher Education Administration at Bryn Mawr College. O’Neal had many passions in life, including lifelong learning, golf, cats and travel, particularly to France, where he instilled in his friends, on many meticulously planned trips, a love of food, wine and wine. French field. She was one of a kind and we will miss her dearly. A celebration of the life of Louise O’Neal will be held at a later date.

Published by Hartford Courant on September 23, 2022.

To plant trees in memory, please visit the sympathy shop.