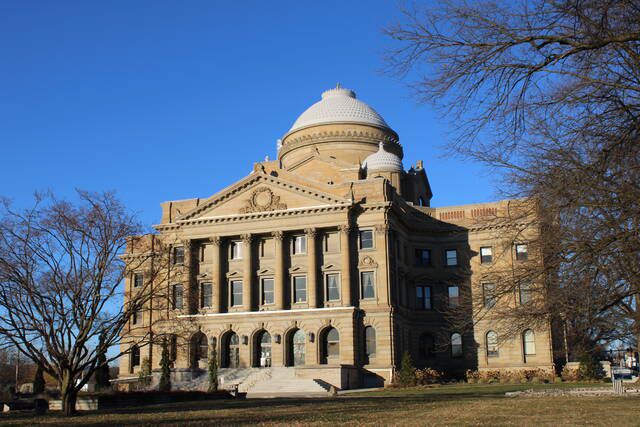 Editor’s note: This is the third report in a three-day series that further examines the impacts of the Luzerne County government union contracts adopted last week.

Luzerne County’s five newest collective bargaining agreements made no changes to health insurance, but the county still reached a milestone this year of fully transitioning all unionized employees to contributions of at least 12% toward their premiums, according to shows the analysis of the contracts.

Union prison workers hired before 2020 were the latest group to switch from 10% to 12% dues, doing so earlier this year.

Some unionized employees have already advanced their contributions to 15%.

In all, the county has 10 collective bargaining agreements and three memorandums of understanding that are equivalent to union contracts.

The new agreements, approved by the county council last week, are with AFSCME’s residual union, AFSCME’s court-related union and employees represented by Teamsters Local 401 in Children and Youth, Mental Health/Developmental Services and Area Agency on Aging.

Your health insurance contributions, which have not changed:

• The Agency for Children and Adolescents, Mental Health and Aging have identical provisions: 12% for those hired until March 26, 2018 and 15% from that date.

Contributions in other guilds, based on a review of the agreements:

• Court-Appointed Professional Employees (Domestic Relations/Parole Support Officers): 12% for workers hired through 2019 and 15% for employees since 2020

• Assistant District Attorneys/Public Defenders: 15% for all employees. Workers hired until September 1, 2020 had been paying 12%, but this year they changed to 15%.

Senior professional supervisors at three human service agencies (Children and Youth, Mental Health, and Agency for the Aging) have board-approved memorandums of understanding.

According to these memos, the supervisors of the three agencies hired until 2016 pay 12% of the health insurance, while those employed since 2017 contribute 15%.

Previous county commissioners began requiring non-union workers to pay 10% in health insurance 18 years ago, in April 2004, saying the action would set the standard for gradually moving unions toward that goal.

Now that unions have surpassed that benchmark by paying at least 12%, the issue of increasing the non-union percentage is likely to come up during 2023 budget discussions.

When the issue has been raised in the past, management has argued that non-union workers are not guaranteed annual raises, and must also undergo annual performance reviews.

What is the difference between the employee contributions for the county’s Highmark HMO coverage?

This year, employees are paying these amounts every other week at 10%, 12% and 15%, records show:

Overall, the county has budgeted $20.72 million for health care spending this year and $9.25 million in reimbursements to help offset costs on the revenue side.