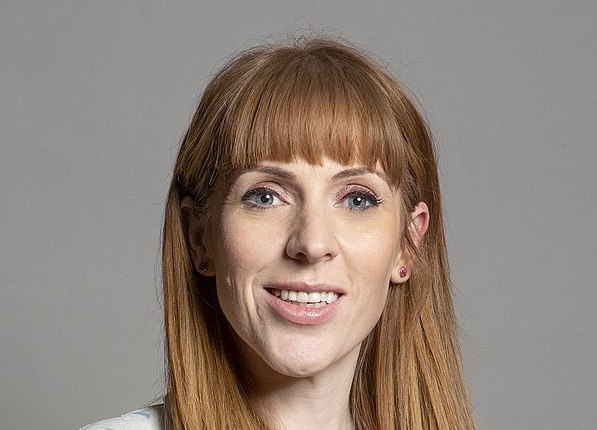 The Mail on Sunday is a disgrace. Solidarity with Angela Rayner’

The Mail on Sunday has been convicted of publishing a sexist and misogynistic article about Labor Party Deputy Leader Angela Rayner, which accused her of a “basic instinct” ploy to distract Boris Johnson.

The story includes claims by several Conservative MPs that Rayner is “mischievously” trying to stop Boris Johnson at PMQ from crossing and uncrossing his legs.

The newspaper said the claims paralleled an infamous scene in the 1992 film Basic Instinct during which Sharon Stone’s character is seen crossing and uncrossing her legs.

It also quotes an unnamed Conservative MP as saying: “She knows she can’t compete with Boris’s Oxford Union debate training, but she has other skills that he lacks.

“She has admitted it when enjoying drinks with us at the [Commons] terrace.”

The ghastly claims have drawn widespread criticism of the Mail on Sunday, as well as its political editor Glen Owen for writing the article.

Rayner tweeted a rebuttal to the article, saying that women in politics face sexism and misogyny every day.

She said: “I am accused of a ‘plot’ to ‘distract’ the defenseless prime minister, for being a woman, having legs and wearing clothes.

“I am conspiring to “take him away”.

“I won’t repeat the rest, but you get the idea.

“Boris Johnson’s cheerleaders have resorted to spreading perverted and desperate slurs in their failed attempts to save their skins. they know exactly what they are doing. The lies they are telling.

“The potted biography is given: my comprehensive upbringing, my experience as a caregiver, my family, my class, my background. The implication is clear. But it is the Prime Minister who is dragging the Conservative Party into the gutter, and the faceless Conservative MPs who do his bidding are complicit.

“He and his cheerleaders clearly have a huge problem with women in public life. They should be ashamed of themselves.”

Rayner also said that she would not let vile lies deter her and that she was proud of her background and where she was from.

“I hope that this experience does not discourage a single person like me, with a background like mine, from aspiring to participate in public life,” he added.

“That would break my heart.”

Boris Johnson wrote to Rayner to insist that the misogynistic claims allegedly made about her by an unnamed Conservative MP were not on her behalf, according to the Telegraph. Johnson also took to Twitter to condemn the claims in the Mail on Sunday story.

He tweeted: “As much as I disagree with (Ms) Rayner on almost every political issue, I respect her as a parliamentarian and deplore the misogyny directed against her anonymously today.”

Labor leader Keir Starmer also condemned the story and quoted Conservative MPs, tweeting: “The sexism and misogyny being peddled by the Conservatives is a shameful new low point for a party mired in scandal and chaos.”

Nicola Sturgeon of the SNP said: “Solidarity from across the political divide to Angela Rayner on this. It’s a reminder of the deep misogyny women face every day.

“Although the line about Johnson’s Oxford debating ‘skills’ is really laughable, from what I’ve seen, she can debate him in the park!”

Labor MP Bill Esterton tweeted: “The Mail on Sunday is a disgrace. Solidarity with @AngelaRayner.”

Conservative minister Chris Philp told Sky News today that the Tory Whips will “see if they know” who made comments about Rayner to the Mail on Sunday and that if the source is found, they would likely be “subject to disciplinary action”.

Since you’re here, we have something to ask you. What we do here to deliver real news is more important than ever. But there is a problem: we need readers like you to help us survive. We provide progressive, independent media that challenges the hateful rhetoric of the right. Together we can find the stories that are lost.

We are not funded by multi-million dollar donors, but rely on readers to give what they can afford to protect our independence. What we do is not free, and we run with very little money. Can you help by donating as little as £1 a week to help us survive? Anything you can donate, we’re very grateful, and we’ll make sure your money goes as far as possible to deliver hard-hitting news.