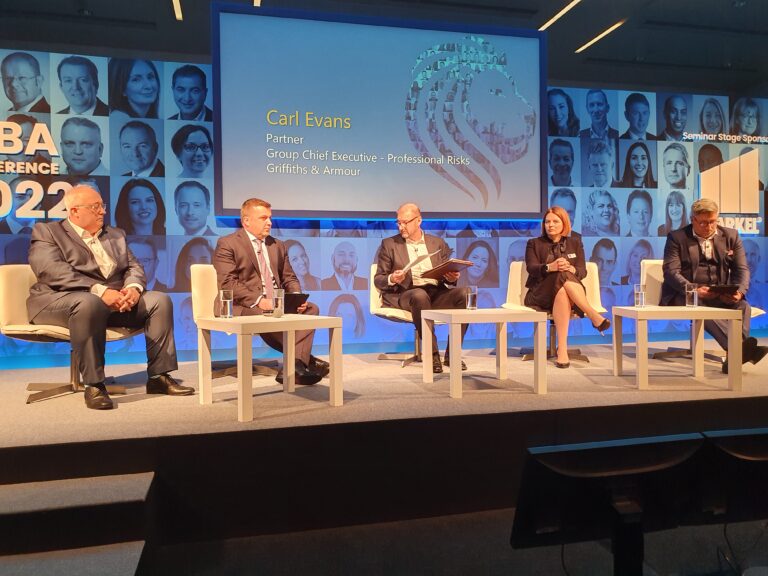 know about this Memo to Brokers; Stick with loyal insurers/MGAs, price is not the only differentiator

Rather than swing between extreme hard and soft markets, the insurance industry needs to promote a more sustainable business model that helps control the insurance cycle, according to an executive at insurer Markel UK.

And perhaps the ongoing hard market presents an opportunity for the industry to reset some entrenched practices, said Nic Brown, division director – broker, Markel UK, who participated in a panel discussion on the hard market at the recent annual conference of the British Insurance Brokers Association (BIBA), held in Manchester, England.

“I think we have a great opportunity in front of us. We’ve had two years of very close conversations with clients, and there are probably two things that I would urge everyone in this room to consider,” she said.

“One is to have a good memory please, because some of your insurers and MGA capacity providers have let you down and gone to the hills in the last two years. It’s not just about the price, right?

It is important to keep a good memory and support those providers and insurers that have continued to work with brokers and policyholders throughout this difficult market, he added.

In his second point, Brown implored the brokerage audience to “please, please, please, after two years of hard-fought rate hikes, let’s not go back to price as the sole differentiator.”

He stressed that a price correction after many years of soft market prices was necessary for insurers to get to the point where they could profitably underwrite. It was important for insurers to get back “to the basics of fair and long-term sustainable pricing,” while also ensuring they had clear customer support, Brown stressed.

“If you can’t think of a reason why you’re putting up a business, other than it’s cheaper, then we’re all doing something wrong here, right?”

Insurers want to deliver more value for clients, more risk management and better quality of products and coverage, but they can’t do that if margins are constantly shrinking, he stressed.

Brown said it’s “absolutely critical” that brokers and insurers take a more sustainable approach to insurance cycles. “I am very passionate about sustainability…in the insurance market. And by definition, oscillating between extremely hard and soft markets is slightly antithetical to sustainability.”

Delving into the topic of the current tough market, Evans, the panel moderator, said that while prices have risen significantly in recent years, the UK market is still at long-term average rates and has not seen evidence of speculation or profit-seeking by insurers.

Evans said his specialty as a broker is professional construction compensation, which has seen low prices and insufficient bookings over the past 20 years. “There had to be a price correction, and that happened.”

Lewis at Aviva recognized Brown’s passion for trying to break the insurance cycle, but didn’t think that would be possible “because of the nature of the competition.” The market has simply responded to 15 or 16 years of significantly lowering rates and gradually increasing coverage in policy writing, he explained.

“Naturally, in a tough market or a tougher market, you start to see some of that coverage pull back,” which has to be taken into account. “It’s not just about a pure fee, is the coverage offered also sustainable?”

When some of the individual line trends were discussed, Lewis said, financial lines were possibly the area that tightened the fastest and most aggressively. However, the management liability, or D&O market, is now starting to level off.

“I think in the last six to six to nine months, we’ve seen 16 new entrants into this space, typically offering up to £5m capacity, so it’s created some downward pressure on rates in the space. D&O market. We expect there to be some rate declines in that sector through 2022.”

While employers’ liability, public liability and auto have seen more modest levels of rate growth over the past two years, Lewis cautioned that this sector has seen a frequency benefit because there have been fewer accidents during lockdowns. COVID, with fewer people falling in supermarkets. and lower volume of traffic on the roads, which translates into fewer accidents. “So some of the rates have been reduced for the benefit of frequency.”

As the UK returns to normal, coupled with significant claims inflation, “that’s an area we need to be aware of in terms of some pressure on rates going forward,” Lewis said.

When the panel was asked how inflation will drive the hard market, Lewis said the insurance industry around the world will feel its effects in claims inflation.

Aviva projects claims inflation of up to 8% in a number of key business lines through the rest of 2022, with the expectation that it may fall slightly in 2023, it said.

However, insurers face backward and forward problems with inflation, he said.

For example, when insurers priced risks six months ago, they did not anticipate claims inflation of 8%. “That’s going to put pressure on insurers’ loss ratios,” Lewis said.

In addition, he explained, it is difficult for insurers to predict how risks should be priced today, guessing what the future inflation rate will be like.

Evans warned that inflation will make the current underinsurance problem bigger than it already is.

Evans said it’s important for clients to get cost estimates for restoration of buildings and machinery. “Underinsurance is not going to go away. It’s just going to be a bigger problem than it is now, and I think if you can secure premium increases through sums insured, it’s going to put less pressure on rating increases alone.”

If the insurers stay put with the compensation of the insured sums and the inflation is of 7% annual during three years, “they have a big problem”, warned Lewis.

Mallaby at AXA noted that the industry is in uncharted territory, because most of today’s industry professionals were not around during the hyperinflation of the 1970s.

As a result, insurers, brokers and BIBA have a role to play in training teams to adapt, he said. “There is now a lot of virtual training from most insurers,” according to Mallaby.

Batty at Bridge Insurance Brokers agreed that brokers should use the services offered by their insurance partners. “They’re quite prepared to go out and do trainings,” which she suggested to all junior staff members.

New people need to be trained to make sure sums insured are adequate and coverage is appropriate for clients, according to Mallaby. “We don’t want customers paying for coverage they don’t need.”

Likewise, in a tough market, he said, “going for the lowest price for a hollowed-out product professionally isn’t going to be very good for you and your reputation, if you then end up with a claim that isn’t covered and expose it as intermediary in an E&O claim”.

In a section of the discussion in which the panel offered advice to young brokers in the audience, Batty said strong relationships with key insurers have helped his company successfully navigate the tough market. “[D]During the weak market, we don’t just trade the deal for price; we build relationships with key insurers and those relationships in a tough market are key – they are our friends. We turn to them when we need them. So that has been absolutely essential.”

Another piece of advice he offered is to start early with risk placements. “Identify problems with risks, if you can. Commit to risk management.

He said that Bridge Insurance Brokers is lucky to have “an outstanding head of risk management. … It really sets your presentations apart when you have [a high] level of information about a risk that it may present to a subscriber”.

So how can a broker stand out from the hundreds of emails flooding subscribers? Batty proposed the time-tested practice of meeting face-to-face with subscribers. “Talk to them about the risk you have, sell them. It’s very hard for them to say ‘No’ when you talk to them and tell them a good story, face to face,” he added.

“Build on your reputation; account for everything. If you have a subscriber who trusts you and is willing to support you, then you will write [the risk] for you. Work with the insurer, work on risk management, and that’s how you navigate the tough markets,” Batty said.

Mallaby at AXA also agreed that brokers need to engage with their markets early. “It’s amazing how many runners don’t do the basics.”

Especially in tough markets, he said, you don’t need to be more sophisticated than just regular engagement channels, “especially if it’s a difficult risk to place.”

And don’t hide behind emails, Mallaby advised. “It’s really hard to say no to someone you know and have been to their facility.”

“Firing and marketing every insurer in the market” is a “meaningless exercise” and should be avoided, he said. Instead, brokers must choose one or two insurers to work with and “really engage with them.”

Evans acknowledged that brokers often waste insurers a lot of time by not preparing properly, not filing properly, and sometimes not knowing what they’re doing.

When brokers make presentations to underwriters, it’s important to explain why claims are unlikely because the client has taken “a specific action to resolve that risk or exposure,” Mallaby said.

He also suggested looking at the packaging, such as what else the client needs and what can be offered to the insurer “to make the portfolio a little more attractive, from a profit perspective.”