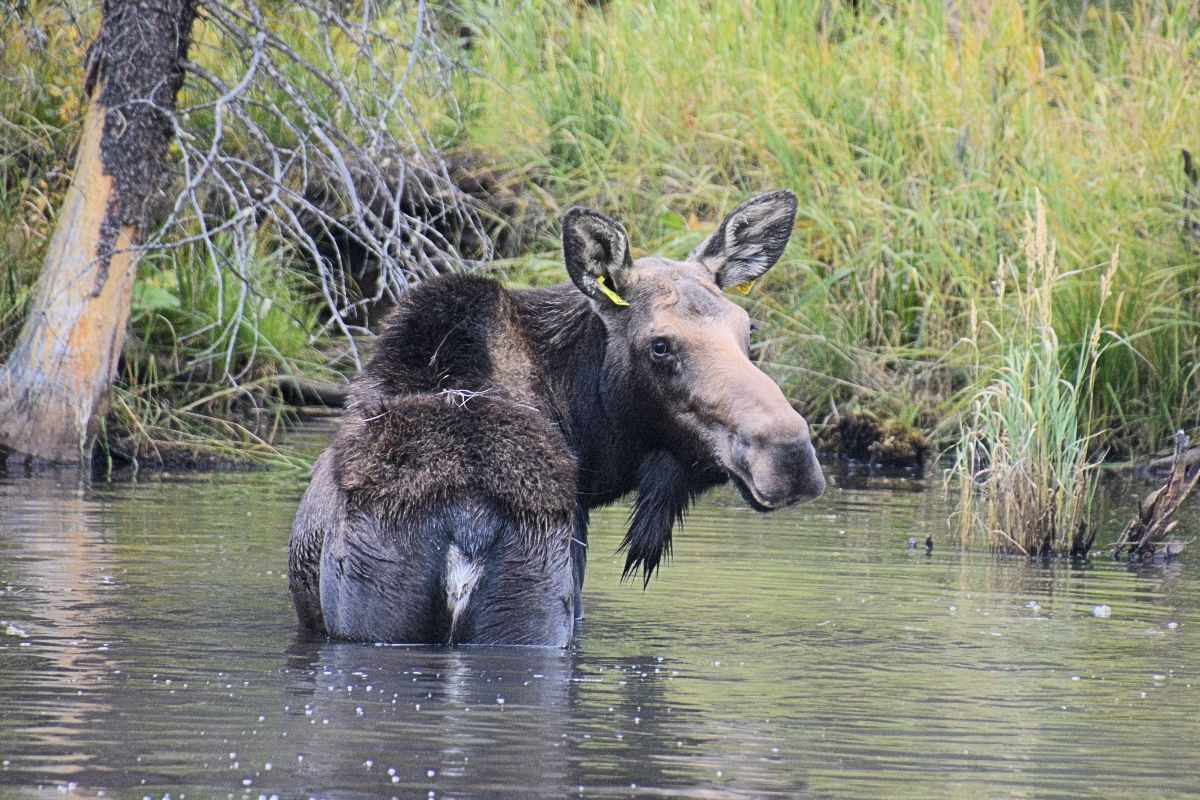 TELLER COUNTY, Colo. — Colorado Parks and Wildlife (CPW) issued another warning to the community about aggressive wildlife following an incident in Teller County.

On Thursday, a woman with her dog reported a confrontation with a moose cow and her calf about 45 minutes up the popular Crags Trail located on Colorado Highway 67, about 3 miles south of Divide.

According to CPW, the woman’s dog was running off-leash when a moose charged the dog from the brush. The hiker told CPW that he yelled at the moose, which then turned and charged at her. In her effort to run away from her, the woman fell and broke her arm.

The woman said the moose stood on her until she resumed chasing her dog. Eventually the moose and calf walked away leaving the hiker and her dog to back up the trail to her car.

“This incident is a reminder of why we are warning everyone to respect wildlife and give them their space,” said Tim Kroening, CPW Area Wildlife Manager for the Pikes Peak region. “…We urge people not to take their dogs into wildlife habitats during the breeding and calving season and to never let them off leash.”

Kroening added that wildlife confrontations can occur with bears, moose, deer and other wildlife, especially when dogs are involved.

“They see dogs as predators and react in defense of their young,” Kroening said.

CPW officers posted warning signs on Crags Trail urging people to avoid the area and be especially alert for elk if they make their way down the trail.

See also  KCAS Pets of the Week: O'Riley and Violet

The incident is another in a series of recent moose conflicts that have resulted in injuries to people in Colorado. These incidents also involved moose cows exhibiting defensive behavior to protect their nearby calves.

“This cow moose was exhibiting classic protective behavior from her calf,” Kroening said. “If you’re upcountry, give wildlife extra space. Especially this time of year when the wildlife is raising their young.

As a precaution against moose encounters, Kroening urged hikers to avoid thick willow habitats in riparian areas where they are likely to be found eating or resting. He said elk calves, born over a three- to four-week period from late May to mid-June, often lie in willow trees while their mother is grazing.

Calves, which weigh 26 to 28 pounds at birth, typically gain about two pounds a day, reaching weights of 385 to 400 pounds in October, according to CPW.

Kroening said the best practice is to leave young wildlife alone and untouched in their natural habitat so they can grow and thrive in the wild.

“Do not approach, touch or feed wild animals,” Kroening said. “Enjoy wildlife from a safe distance. Keep your dog on a leash and on the trails. Perhaps most importantly, if you find a wild animal that appears sick or injured, leave it alone.”

CPW says this is what to do if you come across a moose: