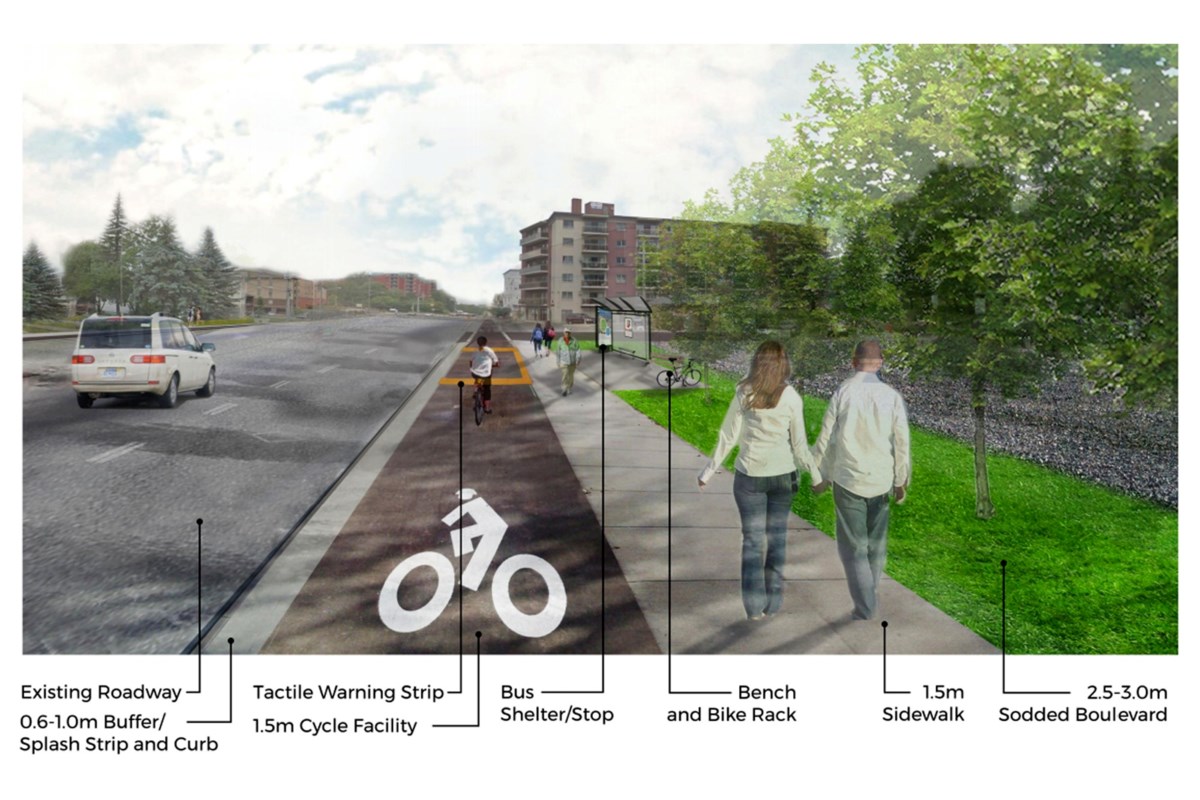 ‘This shows that we are simply not talking. We are also walking, biking, rolling the wheels in the right direction,” said Mayor Paul Lefebvre.

The federal government has pledged more than $3.3 million to support a pair of bicycle-related infrastructure projects in the central midtown area of ​​Sudbury.

The money will be spent on the final section of the Paris Street-Notre Dame Street bike path that runs from Van Horne Street in downtown, north to Wilma Street at the Flour Mill.

The announcement was made by Sudbury MP Vivian Lapointe on behalf of Infrastructure Minister Dominic Leblanc. Lapointe said that creating active transportation infrastructure is part of creating inclusive and sustainable communities.

“The network of bike routes, trails and walkways provide convenient and equitable ways for residents of all ages and abilities to get around their communities and beyond. And that means benefiting the environment and everyone,” Lapointe said.

He added that the new bike paths offer environmental benefits, economic savings and even promote tourism for the city.

“It offers personal cost savings for individuals and plays an essential role in promoting social equity among vulnerable Canadians,” Lapointe said. “Reduced noise pollution, improved air quality, and reduced greenhouse gas emissions are all environmental benefits of active transportation. And it’s part of the reason our government is investing in supporting infrastructure. “.

While the majority of the funding will be spent on creating new bike lanes, a smaller funding grant will be used to improve signage and wayfinding.

Lapointe added that the funding would improve the quality of life for all Sudbury residents.

Mayor Paul Lefebvre said he was pleased with the announcement.

“These projects…certainly benefit many of our residents here in Greater Sudbury and in particular because of the aforementioned announcement. Indeed, the Paris-Notre Dame bike path was identified in the city’s transportation master plan as a backbone for connecting our cycle network from Regent Street to Turner Avenue, a total of nine kilometres,” the mayor said. “So far the city has built 3.15 kilometers, so we are 35 percent of the way there.”

He said the new funding will bring the route to a 67 percent completion rate.

“We talk a lot about the importance of active transportation, but this shows that we just don’t talk for the sake of talking. We also walk, we bike, I guess we’re turning the wheels in the right direction.” Lefebvre said.

“Investing in infrastructure is key to promoting healthy lifestyle choices, it is an investment in the well-being of our community.”

Lefebvre spoke of his own experiences many years ago cycling to work on Rue Paris. He said getting through the old general hospital could be challenging and not as safe as he would like.

The plan for the new bike routes will include physically separated bike lanes on both sides of the roads with improvements to sidewalks, curbs, crosswalks, signage and lighting, according to the City of Greater Sudbury news release.

In addition to the $3.3 million funding for bike lanes, the feds are providing an additional $50,000 to develop “guidelines” for coordinated signage and pavement markings.

“The project will help make it easier for residents of all ages and abilities to navigate the streets and trails available throughout the city,” the statement said.

Greater Sudbury CAO Ed Archer, who emceed the event, thanked the speakers and said the funding was “very welcome news” for the municipality.

Regarding the project schedule, the municipality’s project team is currently finalizing the engineering work. The hope is that the project will be tendered in early 2023 with the intention of beginning construction in the spring or summer of next year, the communication said.

The project team is currently finalizing engineering work for the contract and expects to bid in the first quarter of 2023 with the intent to begin construction in spring/summer 2023, City Communications Advisor Kelli Sheppard said.