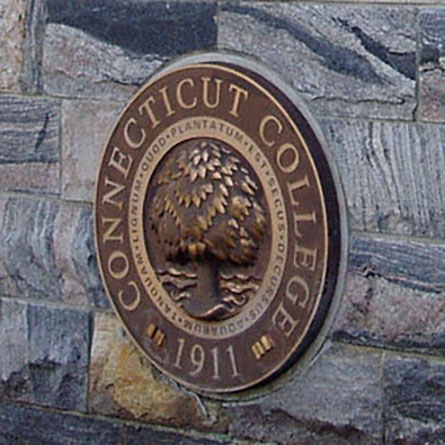 Six alumni have joined the Connecticut College Board of Trustees, including a Young Alumni Trustee from the Class of 2022. The new trustees began their service on July 1.

The new trustees are:

Clothier is the managing partner and co-founder of HFC Executive Search, where he has focused on filling senior positions for private and Fortune 1000 companies for over 15 years. Before joining HFC Executive Search, he spent 20 years in a variety of sales and marketing positions in the consumer and B2B industries. He obtained an MBA from the Kellogg Graduate School of Management at Northwestern University in 1986.

At Conn, Clothier majored in history and served as a Student Government Association MP and Senior Class President, receiving the Anna Lord Strauss Medal. Since her graduation, she has served as Class of Alumni President and Class Gift Officer, and joins the board as Chairman of the Board of Directors of the Alumni Association.

Fariña is managing director of the Washington Post Live, a leading live journalism platform featuring newsmakers, elected officials and industry experts. Prior to joining the Post, she was CRO and VP of Strategic Partnerships at Tina Brown Live Media, where she spearheaded business strategy and partnerships for Women of the World summits and salons presented nationally and internationally. She also spent 18 years on Time Out North America.

Fariña majored in political science at Connecticut College and received the Elizabeth Fielding Memorial Award, which recognizes an outstanding woman in each class. She was a member of the Student Government Association and served on the Senior Engagement Committee. She is currently president of the Class of 1993 and previously served as a reunion committee member, class gift chair, and alumni admissions representative. This is Fariña’s second appointment to the board; she served as the alumni youth administrator from 1993 to 1996.

Hernandez is a director and director of acquisitions at Vanguard. In her nearly four years at Vanguard, Hernandez also served as director and head of global IT resource strategy and controls, and principal counsel and head of information technology and security and legal. Before coming to Vanguard, she was Senior Advisor for Information Technology, E-Discovery and Knowledge Management at International Paper.

He earned his bachelor’s degree in government from Connecticut College and earned a JD from Vanderbilt University School of Law and a Certificate in Law and Business from Vanderbilt Owen School of Management. She is one of the only Connecticut College athletes to lead two teams in two different sports (football and lacrosse) to the NCAA Tournament. She also played on the women’s basketball team for one season. Hernandez was named an NSCAA All-American, NESCAC All-Academic, IWLCA Regional and Academic All Region, and Umbro All-Star Select. She was inducted into the CC Athletic Hall of Fame in 2017 and was a member of Pi Sigma Alpha, the National Political Science Honor Society.

Originally from Bangladesh, Jaigirdar majored in international relations and global Islamic studies, majored in Arabic studies, and was a CISLA Fellow. In 2021, he received the Jay Levin ’73 Exemplary Leadership Award for his service to the College and the Global Islamic Studies Junior Award for outstanding achievement in the field.

Jaigirdar served as the president of the Student Government Association (SGA) in her senior year, as a member of the 2021 Dean of College search committee, as head of communications for the SGA during her junior year, as coordinator of student advisors during her second year, and as an admissions committee selector for the United World College Bangladesh National Committee since 2016. She also completed an internship in the public affairs and sustainability department of the Coca-Cola company in Bangladesh; she was an assistant instructor at the Global Leadership Forum in New Mexico; she served as a research intern at the High Atlas Foundation in Marrakech, Morocco; and was a digital media intern in Conn’s Office of Communications. She is currently pursuing a Master of Theological Studies at Harvard Divinity School.

Krane is the founder and CEO of KraneShares, a global asset management company known for its China-focused exchange-traded funds (ETFs) and innovative China investment strategies. KraneShares focuses on the equity and fixed income markets and has numerous funds, including those focused on the Internet, healthcare, cleantech, 5G, semiconductors, and science and technology innovations.

Krane studied art history at Conn and earned his MBA from Columbia Business School in 1999. He played four years on the varsity tennis team.

Stratton is a jewelry designer and owner of Diane Stratton Jewelry. She has been making jewelry for over 30 years. She is inspired by natural shapes and elements, and the reflections of light on water, and her simple and elegant jewelry is light and comfortable to wear.

Stratton majored in studio art with a minor in painting at Connecticut College. She continued her formal education by earning her MFA in the Jewelry and Light Metals program at the Rhode Island School of Design in 1998. She was a member of the women’s field hockey and indoor and outdoor track teams and sang with the a cappella group The Schwiffs. Since her graduation, she has volunteered as class president, class agent, and class correspondent.