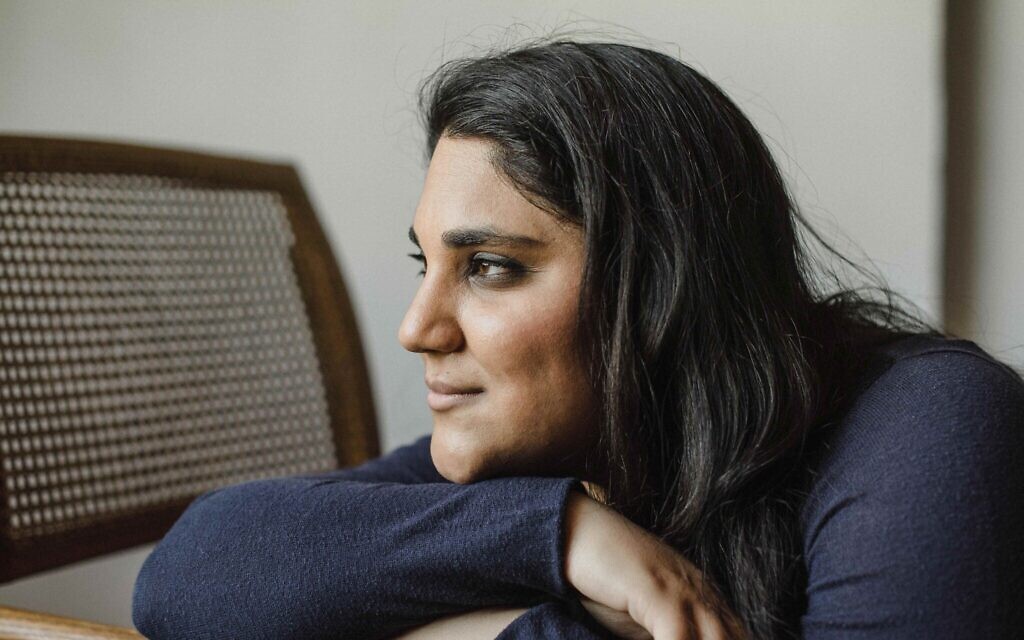 TORONTO — Born in Toronto to a Jewish mother and a black Jamaican father, Sara Yacobi-Harris has been exploring Jewish identity for the past 10 years. While in college, she made the short film “Who is a Jew?” as a thesis project and, in 2020, she co-founded the organization No Silence on Race to help make Canada’s Jewish community more inclusive of those outside of the mainstream.

Now, under the auspices of the Jewish Archives of Ontario, part of the UJA Federation of Greater Toronto, Yacobi-Harris has directed the film portion of a photo and film project called “Periphery” that highlights the multiethnic and multiracial people who often are overlooked. pluralism in the local Jewish community. It features the faces and voices of those seeking recognition from their fellow Jews, having faced indifference and lack of understanding, if not outright discrimination.

“’Periphery’ is contributing to long-awaited conversations in our community and beyond about who Jews are and how ethnically diverse we are,” Yacobi-Harris told The Times of Israel during a recent interview. “This project is about re-imagining Jewish life and Jewish identity in a way that allows members of the Jewish community to truly realize themselves.”

In recent months, people entering the Prosserman Jewish Community Center (JCC) on the Sherman campus were met by the recently completed “Periphery” photography exhibit in the main lobby. It consisted of large color portraits of people not usually associated with Jewish life in Canada.

With their intersecting social identities, the 10 men and women in the photos expand the common concept of Jewish identity. Together, their biracial/multiethnic backgrounds include Black/African, Middle Eastern, Asian, Caribbean, and Latin American ancestry.

The introductory panel described the photos, taken by Toronto photographer Liat Aharoni, as “representing a variety of experiences of isolation, belonging, racism, and unity and equity within the Jewish community.” 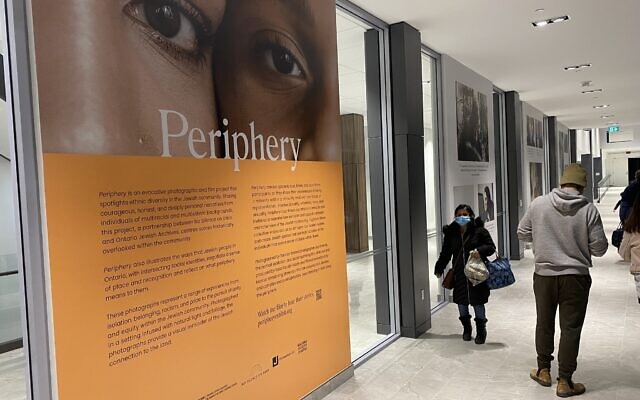 The ‘Periphery’ exhibition at UJA in Toronto. (Roberto Sarner)

The exhibition, which ended in late March, will be viewable online, as will its accompanying documentary, both of which will now become part of the permanent collection of the Ontario Jewish Archives (OJA).

Those featured in the exhibit are brought to life in the 27-minute film, addressing what is clearly a sensitive topic for those interviewed, reflecting different underrepresented minorities in the community,

Actor Nobu Adilman calls himself “Jewish” as his father is Jewish Canadian and his mother is Japanese. “What makes a Jew?” he asks. “What do you have to know to be a Jew? As a Jewish community, let’s challenge the idea of ​​what it means to be Jewish and dispel this myth that there is a way to be Jewish.”

Like others in the film, Sarah Aklilu is aware of her roots. 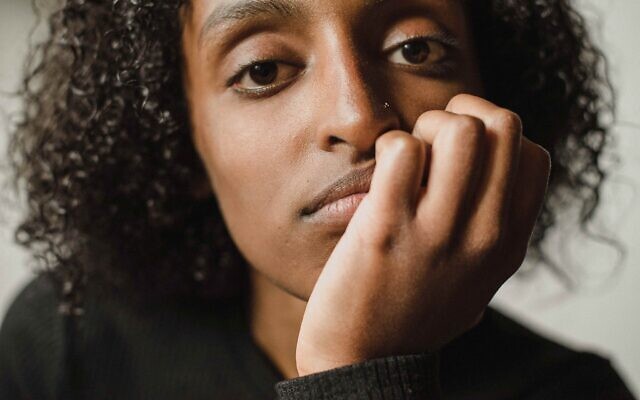 “My identity is Jewish, Ethiopian and Canadian,” he says. “Growing up, my Jewish identity has always been questioned: ‘Are you Jewish?’ It really made me question who I am throughout my life. I know I am Jewish and I feel like I don’t have to explain that I am.”

The fringe emerged as OJA sought to broaden its holdings to better reflect the community it serves.

“As an archive, we like to be as representative of the Jewish community as possible,” says Donna Bernardo‑Ceriz, the project’s instigator and CEO, who is not Jewish.

Bernardo-Ceriz has worked at OJA since 2007.

“After assessing where the gaps are in our collections and what kinds of voices were not being captured, we found that the Sephardic, LGBTQ+, ultra-Orthodox and Jewish communities of color were not well represented in our collections. In recent years, we have been trying to address some of those gaps. The absence of Jews of color in the archives was problematic and something that needed to be addressed,” she says.

Two years ago, OJA’s plan to focus on Jews of color took on added urgency and relevance due to events in the United States.

“We always had the intention of reaching out and starting to collect their stories to archive them,” says Bernardo‑Ceriz. “But in 2020, with what was happening in the world around anti-Black racism, sparked by the killing of George Floyd, many organizations in North America were tackling the crisis head-on, including No Silence on Race in the community. bean. It had been formed to address the experiences of Jews of color within the community.”

Bernardo‑Ceriz contacted Yacobi-Harris after hearing her speak about the work of No Silence on Race at a meeting of the Downtown Jewish Community Council. 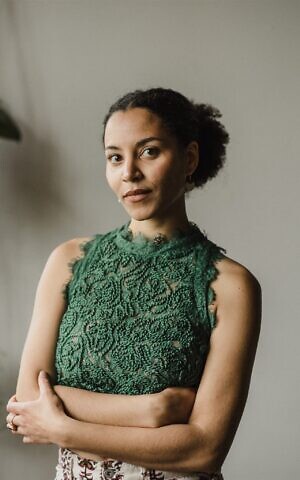 Sara Yacobi-Harris, director of the film Periphery’, part of the exhibition of the same name at the UJA in Toronto. (Courtesy)

“I thought this was a great group to partner with,” says Bernardo‑Ceriz. “They were making inroads in the Jewish community, they had a message that we wanted to amplify, and they could help us with our initiatives to collect the records of the multiracial and multiethnic Jewish community.”

She presented the idea of ​​a photo exhibit to Yacobi-Harris as a way to encourage people to donate their materials to OJA and for their programming to reflect these stories to the community. Yacobi-Harris welcomed the collaboration but suggested adding the film component to tell individual stories through sit-down interviews.

Yacobi-Harris’ personal experience growing up in Toronto’s Jewish community informed her involvement in the project.

“I was in and out of Jewish life, but it was an interesting mix of experiences,” she says. “I was isolated not seeing people who looked like you. I got a lot of questions, like, ‘How are you Jewish? Which of your parents is Jewish? Why are you here?’ A lot of these questions lead to microaggressions, a lot of questioning and challenging of my Judaism and my Jewish identity.”

In early 2021, after receiving funding from the UJA Kultura Collective, Yacobi-Harris assembled a creative team and engaged underrepresented people in the community to be photographed and filmed. In addition to black Jews, she included multi-ethnic Jews, a Jew by choice, and a gay immigrant couple from Brazil. The fact that Toronto was on lockdown due to COVID made it all the more challenging as social distancing at the venue and the wearing of masks impacted taking portraits and filming interviews.

“In addition to the COVID protocols, I was concerned about making people feel safe to tell their story, even if it’s not a pretty story and there are aspects of it that might be more difficult to talk about,” says Yacobi-Harris. “I asked myself: ‘How do we make our participants feel that we will treat their story and their experiences with respect, with care and love and with the desire to raise awareness of these issues in our community?’”

The movie lives up to that score. 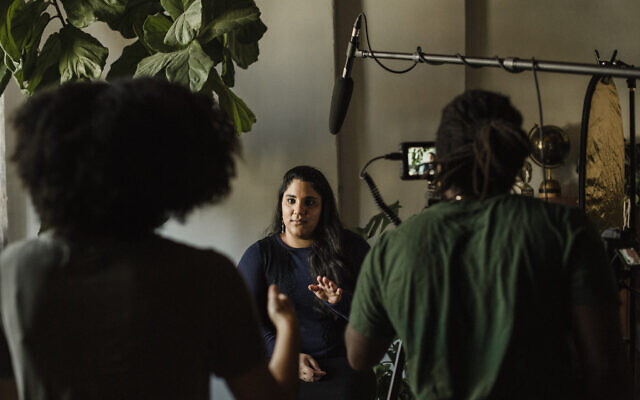 Ariella Daniels being interviewed during the filming of ‘Periphery’, part of the exhibition of the same name at the UJA in Toronto. (Liat Aharoni)

Ariella Daniels’ parents, who are Jewish from India, told their children while raising them in Toronto that their backgrounds presented potential challenges.

See also  Transforming our future with courage and strategic vision

“My parents had two awkward conversations with us,” Daniels says on camera. “One was about antisemitism. The other was about the discrimination we may face for being a person of color in the Jewish community.”

“If you look black, which I do, you go through life as a black person,” he says matter-of-factly. “People don’t look at me and think I’m Jewish. Never. I don’t think that will ever happen. So for a long time, I chose to be just black. There are times when I feel like an impostor because I don’t personify what people expect of you. [as a Jew]. When you show up to a situation, you know that they will instantly question or almost ignore your [Jewish] identity most of the time.” 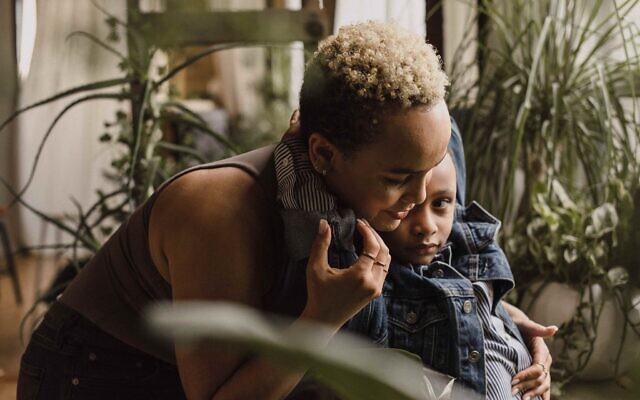 As someone who is converting to Judaism, dancer Maxine Lee Ewaschuk appears in the film from a different perspective, with no Jewish background and with Irish, Polish, Ukrainian and Korean roots.

Collectively, those featured in “Periphery” present a call to action to the Toronto Jewish community for education on Jewish ethnic diversity and greater inclusion. 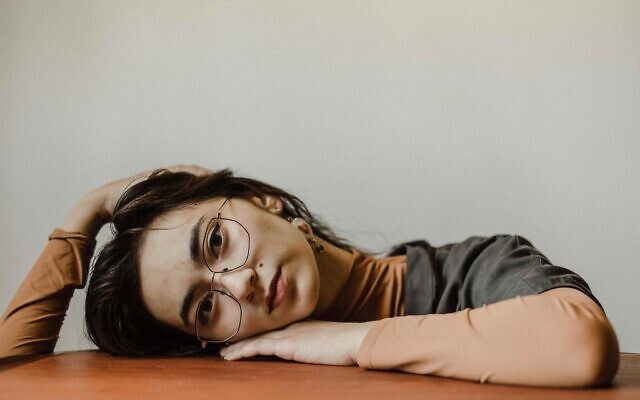 “If we don’t include the full range of what’s possible in the Jewish community, we’re missing a lot,” says Allen-Silverstein. “Let the people in. Let’s not be so close ranks that people really get an idea of ​​what the Jewish diaspora is.”

Daniel Sourani, whose parents are from Baghdad and who identifies on camera as a “proud, gay Iraqi Jew,” also advocates for greater assertiveness.

“If you’re out there feeling on the periphery, put your hand up and find a place for your voice to be heard,” he says. “No one should think that I have to settle for what is already out there or just keep quiet. I don’t think that’s how we’re going to stay strong as a Jewish community.” 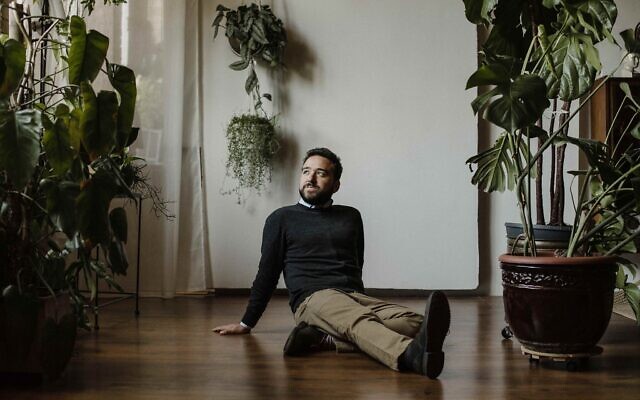 In many ways, the increased sensitivity of the Jewish community to the issue of diversity, inclusion and equity among Jews mirrors a similar phenomenon in Canadian society in general, where there is greater recognition and acceptance of minorities from all over the world. range from disabled to immigrant to transgender. people.

Yacobi-Harris, who is now working on distributing the film and submitting it to film festivals, is also developing a “Periphery” curriculum with OJA to be used as an educational resource in Jewish and non-Jewish schools in America. North to raise young people who are more aware of and accepting of minorities than many of their parents.