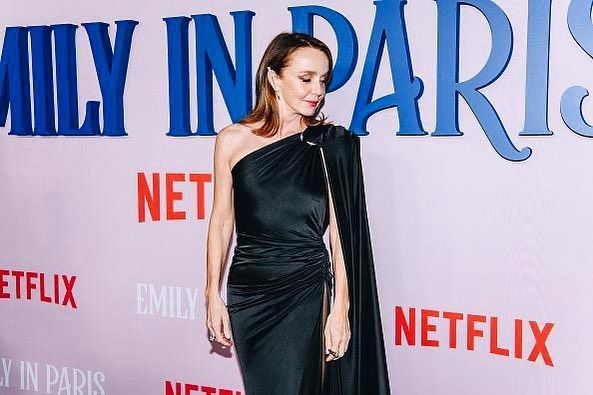 For Netflix viewers, he is among the most famous French faces of the moment, appearing in three hits: call my agent, The crown Y Emily in Paris, which returns for a third season on December 21. It’s quite a change for Philippine Leroy-Beaulieu, 59, who never expected this level of international fame.

But it’s her role as Sylvie Grateau, head of a luxury marketing agency who reluctantly takes on the naive young American Emily, that has made Leroy-Beaulieu a global star.

“There’s a type of American, like Emily, who wants to take over the world and thinks she can do everything better than everyone else, but then she meets someone like me who says, ‘I’m Asterix and I won’t let you pass!'” he said. Leroy-Beaulieu with a smile, invoking the beloved French comic book star fighting against the Roman Empire.

“Compared to American Women, who are usually prisoners of certain codes, have this reputation (of freedom)… but it is not necessarily true,” she said.

Still, despite the series’ many light-hearted clichés, her character has been an inspiration to many. “Even if she is malicious, she can handle any situation,” said Yvonne Hazelton, an American writer living in Paris.