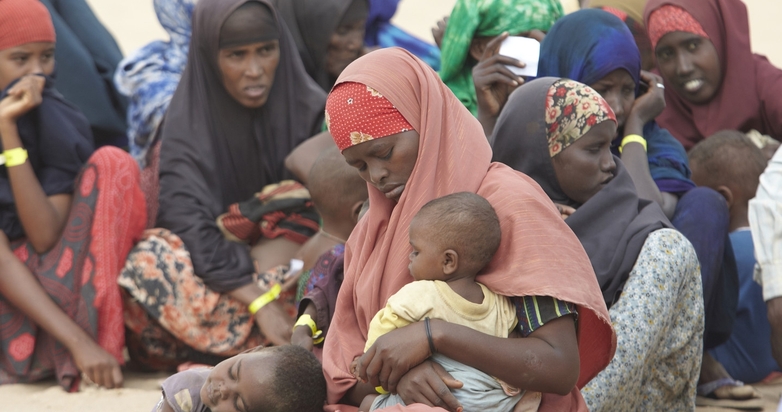 ~ What if “pro-life” votes actually do more harm than good? ~

You’re standing in the ballet box with your list of pro-life candidates, ready to vote for first when someone says “Wait!” It is the voice of a woman with a Middle Eastern accent. “Don’t vote for him,” she says.

You explore the room but no one is around. Your attention returns to your ballet when you receive the shock of your life: the grainy hologram of an emaciated woman floats before you. The woman’s head is covered with a scarf and deep lines are etched on her face.

“Don’t vote for him,” he pleads. “His policies of his have starved and murdered a quarter of a million Yemenis like me. His weapons have killed more civilians than soldiers.”[1],[2]

The face vanishes, replaced by a young man in a turban.

“He defends the rights of the fetus while financing weapons that do not this to innocent Palestinians like me.” She turns her head to reveal a scarred scalp and a missing ear. He “sends guns and missiles to the Israelis, who kill seven Palestinians for every Israeli who dies. Is that what you call pro-life? Kill seven of us for every one of them?[3]

As her image fades, you shake your head, groaning. “Okay. I’ll skip that guy. As he prepares to vote for the next pro-life candidate on his list, an old man with a stubble appears.

“That candidate supports policies that have killed 500,000 Iraqis, Afghans and Pakistanis. That’s half a million people, including civilians. He says that he is good for ‘American interests’, which is another name for business. Is that what it means to be ‘pro-life’ in your country?”

Frustrated, he looks for another name on the list. As he prepares to cast his ballot, he sees a changing image of women, men, and children from many different nations.

“Six million of us have died in US-supported wars since 2001,” the vision says. “Many more have fled our countries because of their wars and selfish economic policies.”

“I thought I was voting for life!” you growl in irritation.

“Your candidates believe that some lives are more important than others,” the image reads, “but that’s not pro-life.”

In desperation, you check out the candidates for state and local elections. His stylus approaches the ballot when a hologram of a Latino teen appears.

“That guy is pro-birth,” she says, “not pro-life. He will do everything humanly possible to put money in his pocket and keep it out of ours. For years now, her pro-birth candidates have widened the gap between rich and poor, restricting our access to health care, a proper education, and affordable housing.”

You almost throw up your hands in frustration. Damn, this is complicated! All I want is a candidate I can trust.”

Don’t we all? says the woman, vanishing into thin air.[4]

“The unborn” are a convenient group of people to advocate for. They never make demands of you. They are morally simple, unlike the incarcerated, the addicted, or the chronically poor. They don’t mind your condescension or complain that you’re not politically correct. Unlike widows, they don’t ask you to question the patriarchy. Unlike orphans, they do not need money, education, or childcare. Unlike aliens, they don’t bring all that racial, cultural, and religious baggage that you don’t like. They allow you to feel good about yourself without any work to create or maintain relationships. And when they are born, you can forget about them because they are no longer unborn.

You can love the unborn and advocate for them without substantially challenging their own wealth, power, or privilege, without reimagining social structures, apologizing, or making amends to anyone. They are, in short, the perfect people to love if you want to claim that you love Jesus but don’t really like people who breathe. Prisoners? immigrants? The sick? The poor? widows? Orphans? All the groups that are specifically mentioned in the Bible? They are all thrown under the bus for the unborn. —Pastor David Barnhart[5]

[4] Some of the sources for this article include:

“How many millions have died in the American wars since 9/11? Part 3”, by Nicolas JS Davies, WorldBeyondWar.org, April 25, 2108, https://worldbeyondwar.org/how many-millions-killed/.