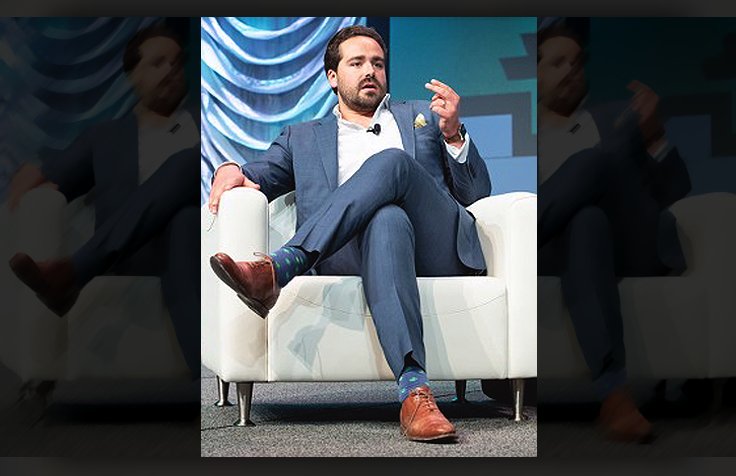 Disk Journalist Dylan Byers is a “crazy” and “lazy” writer whose “terrible” and “navel-gazing” prose resembles that of a “west wing-addicted nerd” “trying to write like Tom Wolfe.” So say his critics, who criticized the bearded journalist for his unflattering depiction of our nation’s capital.

One of the enduring charms of Washington DC, where I lived from 2011 to 2014, and where I found myself this week, is the way its drab streets, dimly lit bars, and staid Brooks Brothers-clad political and media class envelop it in immediate. his welcoming myopia. Here, in the shadow of monuments that appeal to a broader vision of history and the world, is a city where insularity and incrementalism reign…

The assessment was accurate enough to offend members of the political-media class. Many were forced to publicly denounce Byers for daring to discredit a city that leads the world in lawyers per capita and serves the “Moscow Muellers” in see parties for congressional hearings that begin at 8:30 am Current and former residents of Washington, DC, mostly white journalists, were particularly eager to advertise themselves as seasoned purveyors of true DC culture.

“Can’t we handle DC’s hacky AF descriptions?” wrote Jordan Weissmann, writer and editor of Board. “I bought my blazer at Suit Supply, like every other thirty-something asshole in this town, thank you very much.”

“Besides, it’s terrible writing,” he observed. New York Times columnist Jamelle Bouie, to whom the InterceptDC bureau chief Ryan Grim added: “He’s involved in something terrible.” Previous BuzzFeed editor John Stanton joked, “Oh, weird Dylan Byers goes to Chocolate City and only gets to see boring white transplants like himself. I guess all that navel-gazing in California didn’t make him a better writer.”

CNN political analyst Jackie Kucinich, daughter of former Rep. Dennis Kucinich (D., Ohio), sarcastically said, “You’ll never get tired of guys trying to write like Tom Wolfe. Truly a one-of-a-kind thing that never happens.” Bloomberg editor Andrew Small commented that Byers’ description of DC “reads like an intern visiting the Lincoln Memorial at night for the first time.” new republic editor Patrick Caldwell suggested that it was “like going to Times Square and saying it’s the same as the rest of New York”.

By far the most accurate assessment of the media infighting came courtesy of Jim Hanson, a former Green Beret, who explained that journalists are a bunch of stuck-up jerks. “Too many journalists think they should be writing articles for vanity fair back in the ’80s,” he wrote. “Except they suck.”

By the way. There are no winners here. Professional journalists love DC because it’s full of other cocky jerks, but they hate it when other people point it out. Especially when those other people aspire vanity fair Hunter Biden’s LA feature writers who are just as smug about not living in DC with the other overpaid journalists and consultants.

See also  Is 'Pamcore' the next reboot of '90s fashion? – Supply diary | Fashion

Before provoking the DC political-media establishment to publicly attack him, Byers was best known for stealing firsts from the Washington Free Beacon because Democratic operatives considered him a reliable stenographer. In addition, his groundbreaking research reporting in the media industry resulted in the firing of at least one free beacon journalist, as detailed in The Diddle Report. Byers was named free beacon Man of the year in 2015.