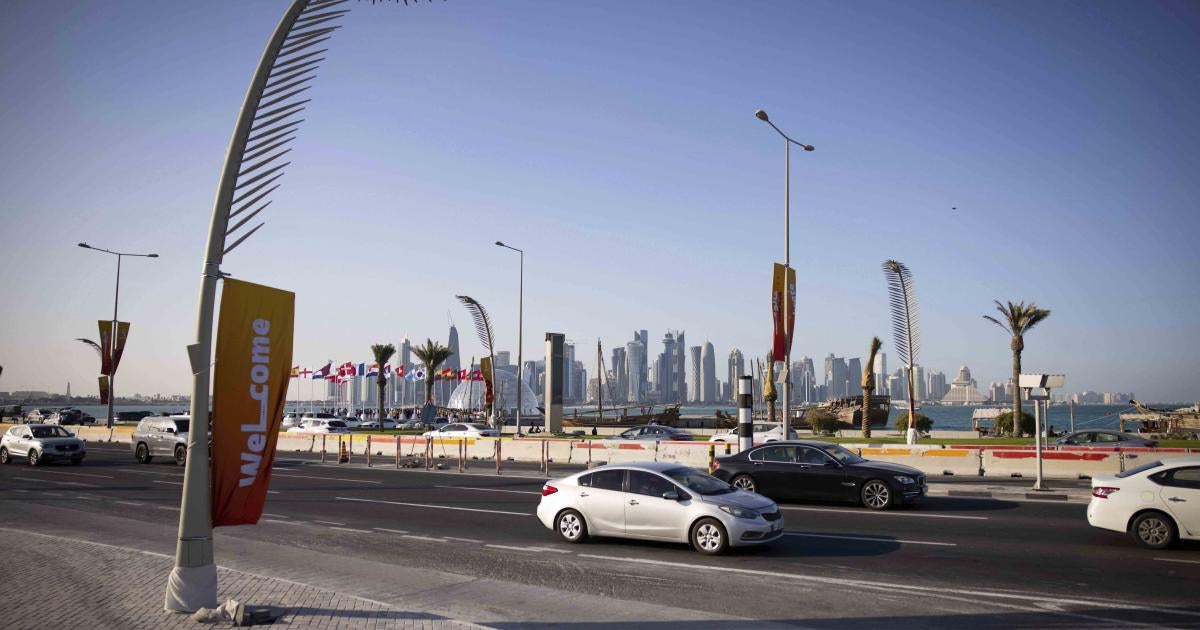 (Beirut) – Qatar Department of Preventive Security forces have arbitrarily arrested lesbian, gay, bisexual, and transgender (LGBT) people and subjected them to ill-treatment in custody, Human Rights Watch said today. The LGBT people interviewed said that their mistreatment took place in September 2022, when Qatar was preparing to host the FIFA Men’s World Cup 2022 in November and even as the government came under intense scrutiny for its treatment of LGBT people.

Human Rights Watch documented six cases of severe and repeated beatings and five cases of sexual harassment in police custody between 2019 and 2022. Security forces arrested people in public places solely for their gender expression and illegally searched their phones. As a requirement for their release, security forces ordered detained transgender women to attend conversion therapy sessions at a government-sponsored “behavioral health care” facility.

“As Qatar prepares to host the World Cup, security forces are detaining and abusing LGBT people simply because of who they are, seemingly confident that security force abuses will go unreported and unchecked,” he said. Rasha Yunes, LGBT rights researcher at Human Rights Watch. “The Qatari authorities must end impunity for violence against LGBT people. The world is watching.”

All said officers from the Department of Preventive Security detained them in an underground prison in Al Dafneh, Doha, where they verbally harassed detainees and physically abused them, from slapping to kicking and punching until they bled. One woman said that she lost consciousness. Security agents also inflicted verbal abuse, extracted forced confessions, and denied detainees access to legal counsel, family, and medical care. All six said police forced them to sign pledges stating that they would “cease immoral activity.”

All were detained without charge, in one case for two months in solitary confinement, without access to a lawyer. None received any record of having been detained. These acts could constitute arbitrary detention under international human rights law.

The Department of Preventive Security is under Qatar Ministry of the Interior.

A transgender Qatari woman said that after she was arrested on the street by security forces in Doha, Preventive Security officers accused her of “imitating women” because of her gender expression. In the patrol car, she was beaten until her lips and nose bled and she was kicked in the stomach, she said. “You homosexuals are immoral, so we will be the same to you,” she said an officer told her.

“I saw many other LGBT people detained there: two Moroccan lesbians, four Filipino gay men and a Nepalese gay man,” he said. “I was detained for three weeks without charge and was repeatedly sexually harassed by officers. Part of the release requirement was to attend sessions with a psychologist who would ‘make me a man again.’

Another Qatari transgender woman said she was arrested in public by Preventive Security Department forces because she was wearing makeup. “They gave me baby wipes for my hands and made me take my makeup off my face,” she said. “They used the makeup stained wipes as evidence against me and took a photo of me with the wipes in my hand. They also shaved my hair.” Security forces made her sign a promise that she would never wear makeup again as a condition of her release, she said.

A Qatari bisexual woman said: “[Preventive Security officers] they beat me until I lost consciousness several times. An officer took me blindfolded by car to another location that looked like a private house from the inside and forced me to watch immobilized people being beaten as an intimidation tactic.”

A Qatari transgender woman, arrested by Preventive Security in public in Doha, said: “They [Preventive Security] they are a mafia. I was detained twice, once for two months in a solitary underground cell and once for six weeks. They beat me every day and shaved my hair. They also made me take off my shirt and took a picture of my breasts. I suffered from depression due to my detention. I still have nightmares to this day, and I’m terrified of being in public.”

In all cases, LGBT detainees said, Preventive Security forces forced them to unlock their phones and took screenshots of photos and private chats from their devices, as well as contact information of other LGBT people.

A Qatari gay man who has suffered government repression, including arbitrary arrest, said security forces guarded and arrested him based on his online activity.

All the interviewees provided surprisingly similar accounts. The repressive climate around freedom of expression in Qatar, including around LGBT rights, has made many people who may have been mistreated fear being interviewed because of the risk of retaliation, Human Rights Watch said.

The Qatar Penal Code, under article 285, punish extramarital sex, including same-sex relationships, with up to seven years in prison. None of those interviewed said they had faced charges, and it appears that their arbitrary arrest and detention are based on Law No. 17 of 2002 on Community Protection, which allows provisional detention without charge or trial for up to six months, if “there are well-founded reasons to believe that the accused may have committed a crime”, including “violation of public morals”. The Qatari authorities also censor mainstream media reports on sexual orientation and gender identity.

In 2020, Qatar sure potential visitors that it would welcome LGBT visitors and that fans would be free to fly the rainbow flag at World Cup soccer games. Officials’ suggestions that Qatar would make an exception to its abusive laws and practices for foreigners are implicit reminders that Qatari authorities do not believe that its LGBT citizens and residents deserve basic rights, Human Rights Watch said.

FIFA, football’s governing body, which awarded Qatar the World Cup in 2010, adopted in 2016 the United Nations Guiding Principles on Business and Human Rights, which require that it “avoid infringing on the human rights of others and address adverse impacts on human rights.” It requires FIFA to take appropriate measures for the “prevention, mitigation and remediation” of human rights impacts.

Qatari security forces must end arrests for consensual sexual relations between adults, including conduct between people of the same sex, or those based on gender expression, and immediately release LGBT people who continue to be arbitrarily detained, Human Rights Watch noted. The Qatari government must end ill-treatment of LGBT people by security forces, including by stopping any government-sponsored programs that target conversion practices. Countries sending external security forces to Qatar during the World Cup must ensure they comply with international human rights law and refrain from further abuses by Qatari security forces.

The Qatari authorities must repeal article 285 and all other laws that criminalize consensual sexual relations outside of marriage and introduce legislation that protects against discrimination on the basis of sexual orientation and gender identity, online and offline. Freedom of expression and non-discrimination based on sexual orientation and gender identity must be permanently guaranteed for all Qatari residents, not just spectators going to Qatar for the World Cup, Human Rights said Watch.

“With just weeks to go before the World Cup, LGBT people are raising the alarm about the abuses they have suffered from security forces,” said Younes. “The Qatari government should immediately put an end to this abuse and FIFA should put pressure on the Qatari government to ensure long-term reform that protects LGBT people from discrimination and violence.”