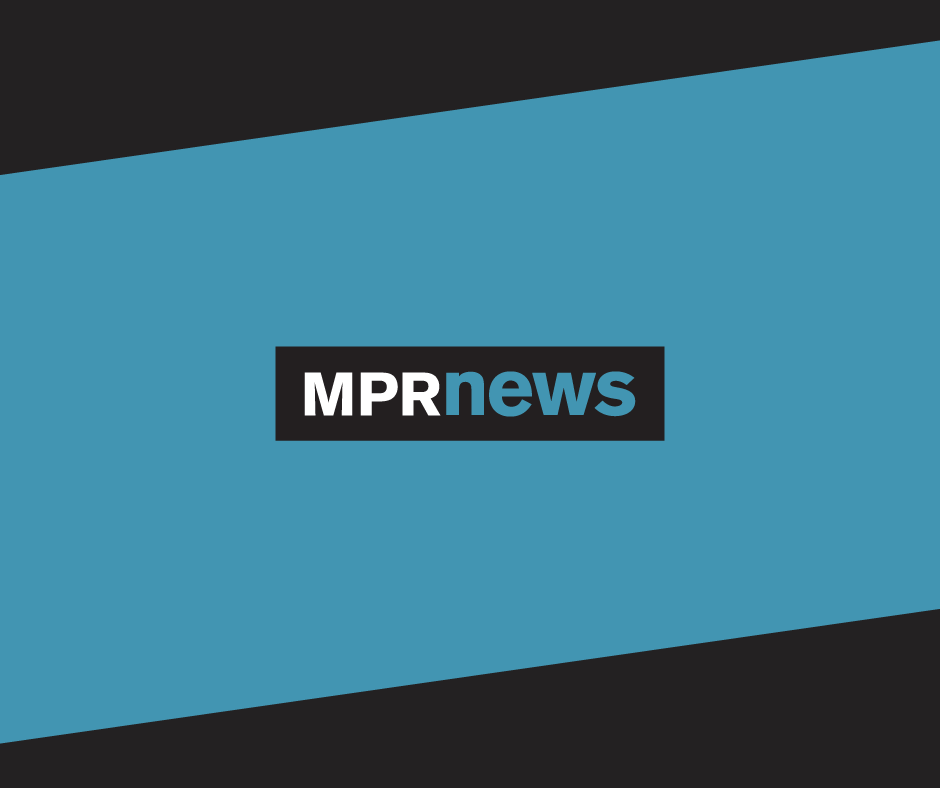 CATHY WURZER: Right after Jean-Nickolaus Tretter came out as gay in the early 1970s, he went to the University of Minnesota. At the time, he wanted to specialize in gay and lesbian anthropology, but he couldn’t find the teaching support he needed and dropped out.

He spent his life as a vocal advocate for LGBTQ people and collected items that tell the living history of LGBTQ communities. Well, Jean Tretter passed away on Friday, but his legacy lives on at the university, where he found so little support in the 1970s. The University of Minnesota now houses the Jean Tretter Collection.

It is an archive of material that is a living history of LGBTQ life. A few months ago, our producer, Britt Aamodt, spoke to the collectors curator, Aiden Bettine, about it. Here is that interview.

BRITT AAMODT: I was doing research on the HIV/AIDS crisis in Minnesota, and the place to go was the Tretter Collection at the University of Minnesota for original documents from that time. And I heard that Tretter had a new curator, and I was very excited to talk to him. He is here with us now. Aiden.

BRITT AAMODT: So, for those of you who aren’t familiar, what is the Tretter Collection?

AIDEN BETTINE: So the Tretter Collection is in GLBT Studies. Like an LGBTQ or queer archive, we have books, periodicals, journals, and then personal collections, organizational records, and then other types of ephemera related to queer life. So t-shirts, buttons, different kinds of posters, maybe some hats, so we really care about the materiality of LGBTQ life. We certainly give priority to the Twin Cities and Minnesota, but we also collect generally in the Midwest, the nation and internationally.

BRITT AAMODT: Is there a collection within the Tretter archives that really interests you?

AIDEN BETTINE: One that I particularly like that I found in the collection is actually the Gay and lesbian Postal Employees’ Network collection. I am a huge fan of the USPS and an avid correspondent. So I love mail.

This Postal Employee Network began in the Twin Cities in 1992, 30 years ago. And it was for gay and lesbian postal workers who wanted to meet each other, but also to advocate for their rights as federal employees at the local level in the Twin Cities. And then in 1993, they went to the National March on Washington for gay and lesbian rights. Going to the March and meeting other LGBTQ postal workers became a national organization.

And it seems that, reading their newsletters, curiously called Outpost, they were advocating for things like domestic partnership benefits through the USPS, working with different unions and associations, as well as an end to discrimination or bullying. people of the same sex. . So again, we see first in Minnesota, where the Postal Employees Network, or PEN, started in the Twin Cities, but really had a national effect until the early 2000s when it disbanded.

BRITT AAMODT: That’s an amazing story. When we look back at the history of the LGBTQ archives, when did we start to see that preservation of that history in the United States?

AIDEN BETTINE: Oh, that’s a great question. So there certainly were early collectors, and I think Jean Tretter, the namesake and original curator and founder of this collection, is a great example of people personally and privately collecting LGBTQ history, actually, going back to the 1940s and probably a shortly before, until today. We have many private or personal collectors who build apartment files and keep records.

But we don’t see, more or less, formal organizations, whether community archives or being part of institutions like the Tretter Collection, emerge until after gay liberation. So we’re looking at the early 1970s. The Lesbian Herstory Archives in Brooklyn, New York, was one of the first in 1974 in the US to open its doors and collect lesbian history very intentionally.

We have a few that opened in the 1980s, like the GLBT Historical Society in San Francisco, the Gerber Hart Library and Archives in Chicago. And as you can see, through just a few of those names, these places were in big urban cities and often on the coasts, in San Francisco and New York, and really became the pinnacle of where we understand and know the LGBTQ story. So I think that’s why you see something like the collection of Jean Tretter moving to the University of Minnesota in 2000 as sort of a younger, more Midwestern adult collection, even though Jean was collecting long before the year 2000.

BRITT AAMODT: What would we have lost if we didn’t have someone like Jean Tretter collecting these stories?

AIDEN BETTINE: From what I’ve named, it’s all been sort of an independent grassroots effort by members of the LGBTQ community who may or may not be librarians or archivists during the day, doing this work in their community historically and intentionally on time. volunteer, maybe unpaid. And that trend has really continued, and I think it’s because we as LGBTQ people, especially in the library and history-oriented professions, are aware of who’s history is being collected and who isn’t.

And it was really apparent to these early ancestors of LGBTQ libraries and archives that if no one, if no other institution was going to collect LGBTQ history, we would lose it. Then we are going to lose the stories, the materials, the photographs, the memories. There are many oral history projects around the country, including here at Tretter, that really capture the lives and stories of everyday LGBTQ people.

They could have been a major author, maybe a famous actor, or done something important in their local community that landed them in the archives, but it wasn’t because of their rarity or their identity. And that’s why they’re a bit hard to find. And so LGBTQ archives, as a collection approach, really makes it easier to know that the material you’re scrolling through and the people and organizations you’re looking at are part of the LGBTQ community and part of our history.

BRITT AAMODT: Well, I want to get to know you a little bit more. In 2017, I think, you moved to Iowa to get a degree in library science. Now, you had come out as a trans man at a very young age. I think you were 17 years old. It is right?

BRITT AAMODT: And then, you moved to the University of Iowa. And what was that transformative period like for you? Because I think we came from Chicago, and you’re moving to some kind of college in a small town in Iowa.

AIDEN BETTINE: Yes. It was a really transformative moment in my personal life, but also in my career. So I’m originally from Milwaukee and I went to my bachelor’s and master’s in Chicago, so I’ve been a very, very important part of urban LGBTQ life in the Midwest for most of my young adulthood as a teenager, and then in my 20s.

And moving to Iowa City, I won’t say it was culture shock, but there was a glaring absence of LGBTQ spaces to live in, to go to, to avoid, whatever you want to do. It was really hard to find LGBTQ-owned businesses, support groups, and people. There was only one gay bar in town. And many organizations… maybe you had to be an undergraduate student on campus, and there are wonderful resources for them on the University of Iowa campus, or maybe affiliated with a church group.

For me, I went from urban spaces that had a lot of possibilities for what it meant to be queer and trans and to have time and space in community, to a place where I knew there were LGBTQ people around me, but it was really hard for us to find each other. And so Iowa City, and I think Iowa in general, demanded to build a queer community space.

See also  Is the World Cup safe for LGBTQ athletes and fans?

BRITT AAMODT: And you ended up building or founding the Iowa LGBTQ Archives.

BRITT AAMODT: Is it similar to the Tretter? Or what is that?

AIDEN BETTINE: It’s very similar to Tretter, definitely on a smaller scale, a very young community archive. But it’s like… in Twin Cities terms, it’s like you combined the Tretter Archives with the Quatrefoil Library. So there’s a lending library and a community space where things like weird yarns, a craft circle, board game nights, book clubs, and different hangout groups happen. But then on the archival side, there’s a really intentional effort to collect Iowa’s LGBTQ history and ensure that it’s preserved across the state.

BRITT AAMODT: Can you give us a sneak peek, perhaps, of some of the items that have just arrived or are coming soon to Tretter?

AIDEN BETTINE: Yeah. So we got six dresses or dresses from an impersonator named Sunny Teal, who was active in the 1960s in North Dakota. These dresses were either picked up by Sunny’s mother or kept by Sunny’s mother after she tragically died in a plane crash in 1966. So it’s a really rich and beautiful collection, these dresses, from queer history before the decade from 1970.

AIDEN BETTINE: There are just too many areas that I would love to grow in. Definitely the already intentional efforts to collect collections and history from Black, Native American, and communities of color here in the Twin Cities, but also across the country and internationally. I also really want to see rurality.

For me, as a queer person raised in the city, Iowa really opened my eyes to what it means to be in rural spaces and live your LGBTQ life. And so I want to do a more intentional collection around rural life, but also queer farmers.

BRITT AAMODT: Thank you very much for coming to speak with us at Minnesota Now, Aiden.