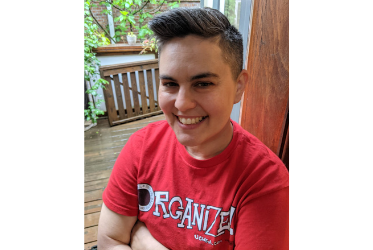 KENNESAW, Ga. (August 2, 2022) — Kennesaw State University (KSU) associate professor of interdisciplinary studies Sara Giordano, Ph.D., with her co-investigator Angela Willey, Ph.D., of the University of Massachusetts (Amherst), have launched a research project in biological education funded by a nearly $600K National Science Foundation (NSF) grant shared between the two universities. The research, carried out in three phases over three years, examines how basic biological sciences are taught at university level and the context in which that body of knowledge has been created.

Phase I, now underway, includes evaluation of the most widely used introductory college-level biology textbooks across the country. With the support of a research assistant, they also contacted all college biology professors in Georgia to identify the most widely used textbooks and examine curricula, and will do the same in Massachusetts, to identify possible geographic or regional differences in the teaching materials. Phase II will examine biology education material outside of traditional biology resources to include the work of feminist, Black, disability, and queer studies scholars, and environmental, reproductive justice, and curative justice activists. Finally, Phase III will focus on developing, testing, and implementing open source teaching modules that offer a holistic approach to biology and life sciences education. Giordano hopes that an important result of the research will be to codify the research methodology so that it can be applied to other fields of study.

When asked what inspired this approach to research, they explained that as neuroscience graduate students on their way to their doctorates, they understood that scientific study is an objective endeavor in which students “just go and learn the truth.” However, working with intersex, disability, and reproductive justice activists, Giordano realized that scientific study is siloed, and while neuroscience is an interdisciplinary field, they said it “remains only interdisciplinary within math and science.” sciences”. According to Giordano, this limited scope of biology misses the insights that activists and scholars outside of biology proper have contributed. Giordano added that exposure to “black studies and feminist studies, reproductive justice movements, environmental justice movements, all of these things outside of academia made me a stronger scientist within academia.” This expanded vision took them beyond neuroscience to consider the ethics, history, and philosophy of scientific study more broadly and to apply that broader holistic framework as scientific research creates new knowledge.

The concerns and views of women, people of color, gay and gender nonconforming people, and people with disabilities have traditionally been marginalized in scientific research. “What we [could] imagining about ourselves for the last 100 years… has been about what we understand to be the possibilities of our biologies. …You hear people say, well, this is human nature. This is not human nature. The debates are about whether something is natural or unnatural, whether something is possible or not, and the point that all knowledge is constructed in a particular time and place is missed. Biology has a specific history and the same ideas of natural/unnatural were co-produced through colonization and the development of capitalism,” Giordano said. “So that means we want to get voices that have been marginalized because we think that will change the truths that we find.”

This research considers what biological knowledge counts as science and how that has shaped biology education. Giordano emphasized that this research starts from a different perspective that is especially relevant today. This research begins by asking, “what do we need and want to know about our bodies and environments? Right now, I think it’s particularly important [because] we are seeing big problems and debates around the truth about science. I think it’s crucial to give people skills and resources to properly assess something like COVID-19 in a larger context. [For
example,] no virus can be purely biological matter that exists outside of a historical, economic, and social context. Instead of seeing them as separate things, we add them together. It’s about how we see it holistically.”

One potential outcome that is of interest to the NSF and other scientific institutions may be that approaching biology in this way could increase diversity in STEM by expanding the scope and breadth of life science education. For Giordano and Willey, however, the broader goals have to do with the redistribution of authority and epistemic resources toward a more just world. They hope their work will be used by students in and out of traditional academic settings to gain more control over their lives. For example, feminist movements produced their own materials as Our Bodies, Ourselves, and the Black Panther Party implemented community sickle cell testing while challenging racist biology studies of violence and race. “Some of the most important jobs then are reclaiming space for ‘alternative’ knowledge and helping to provide methodologies for others to truly engage in science,” Giordano said.

When the research is complete, Giordano and his co-PI, Angie Willey, hope to have created a series of open source biology teaching modules that are accessible to educators and the public as a complement to existing textbooks. Furthermore, the methodology for developing these tools will be firmly established and applicable to other fields of study.

Sara Giordano has spent more than a decade working in ethics, science education, and pedagogy after earning a Ph.D. in Neuroscience through the Graduate Division of Biological and Biomedical Sciences at Emory University. Through this work, Giordano developed models for interdisciplinary science education using critical science literacy in university classrooms, she reported on these experiments in a variety of journals from fields such as science education, feminist studies, and scientific studies. Giordano’s training and experience ensure that the research team is well positioned to produce results that will broaden interdisciplinary biology education in important ways by focusing on basic biology education. Angie Willey, who earned her Ph.D. in Women’s Studies from Emory University, she has a background in queer feminist theory, colonial and postcolonial settler studies, and the history of gender, sexuality, and race in the biosciences. She has been actively developing a curriculum that bridges the gaps in queer and feminist biology and theory since 2013 and co-edited a book (Queer Feminist Science Studies: A Reader 2017), and a double special edition of Catalyst: Feminist, Theory, Technoscience ( Science Out of Feminist Theory Vols 1 & 2 2017), to bring the work of critical theorists engaged with the abstract concepts of science and material objects into direct conversation. Giordano and Willey have collaborated for more than a decade on research and curriculum development.