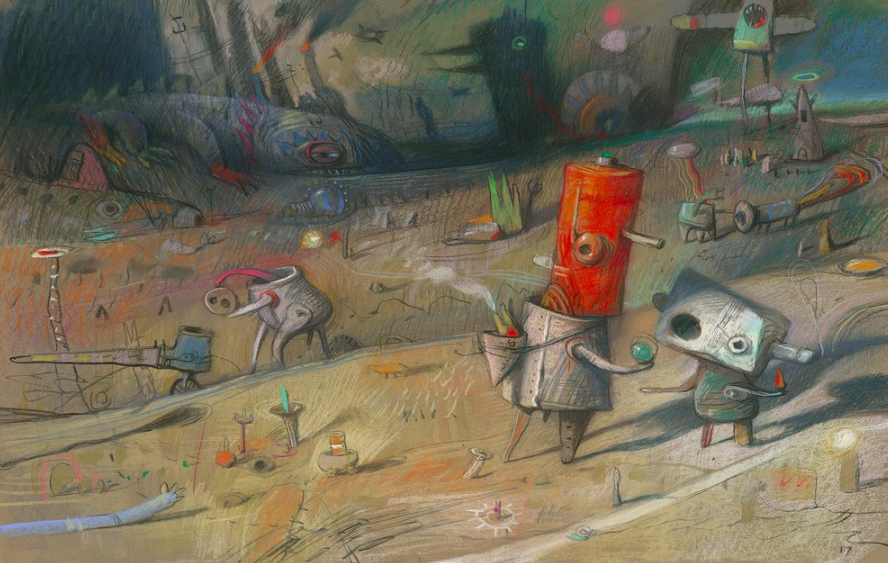 Books are an easy gift option, but that doesn’t mean they can’t be cool. There is always a great selection during the holidays for a variety of ages and interests.

Creature, by Shaun Tan. It’s as if, Tan writes, “I have to throw artistic stone across a pond of weirdness to see any meaning in the ripples…” Those words in the introduction to his new book speak volumes. The artist, writer and filmmaker from Perth, Australia has collected his dreamy, sometimes eerie paintings and drawings. Tan reflects extensively on his childhood in a reflective text. 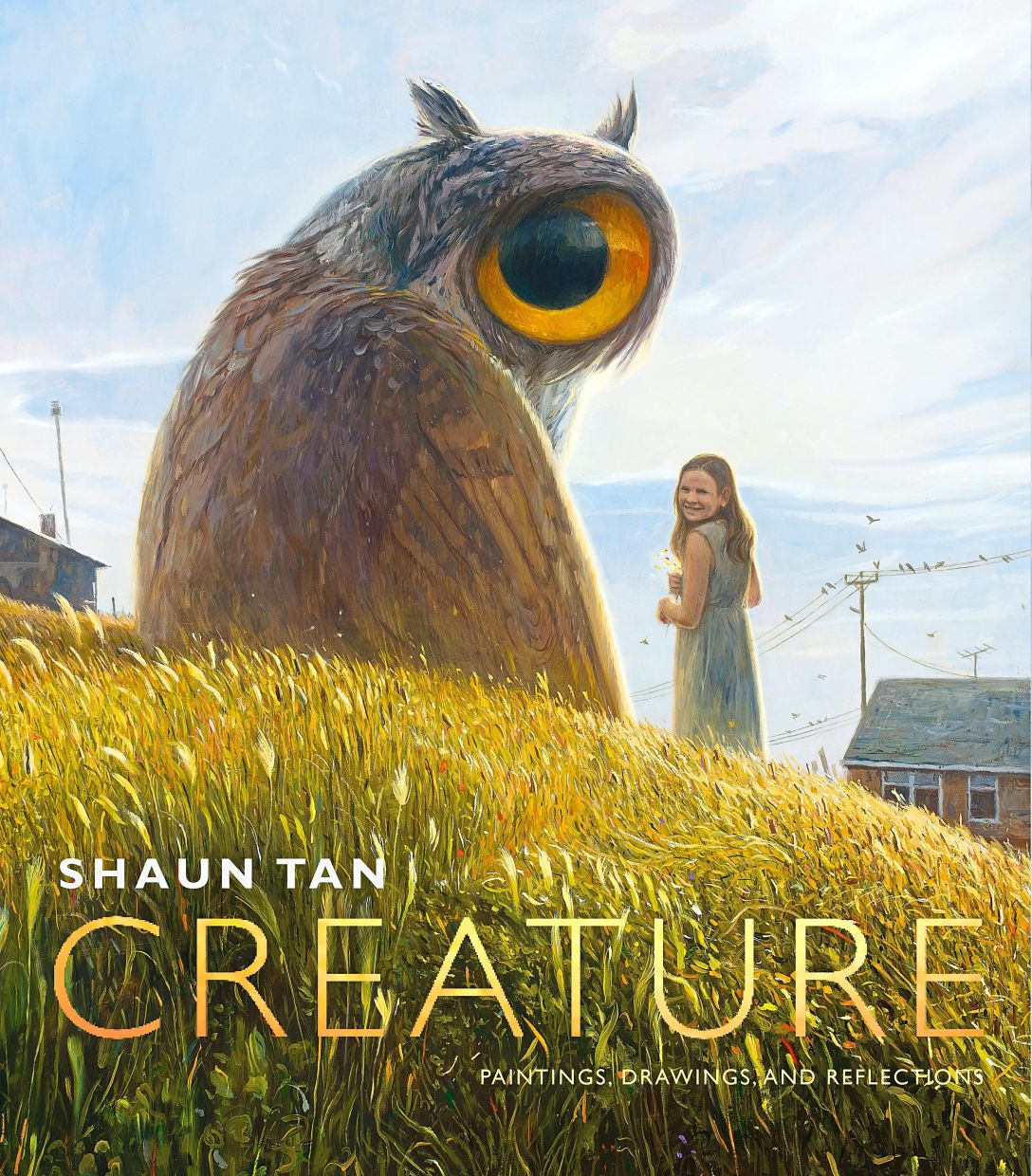 Regeneration: film noir, 1898-1971, Edited by Doris Berger and Rhea L. Combs. This companion to an exhibition of the same name at the Academy Museum in Los Angeles focuses on independent film. Interviews with Charles Burnett, Julie Dash, Ava DuVernay and more. Essays, glamor portraits and chronology by years included. The goal: to provide a broader view of how American cinema has been shaped by African-American creative expression.

ugly-cute, By Jennifer McCartney. Is there beauty in almost anything? McCartney thinks so. She has created a small-statured, full-color look at “cuglies”: often-underestimated species, both known and unknown. She gazes at the male star-nosed mole and its 22 fleshy pink appendages in place of a face. McCartney filled her little book with quick facts and fun quizzes. 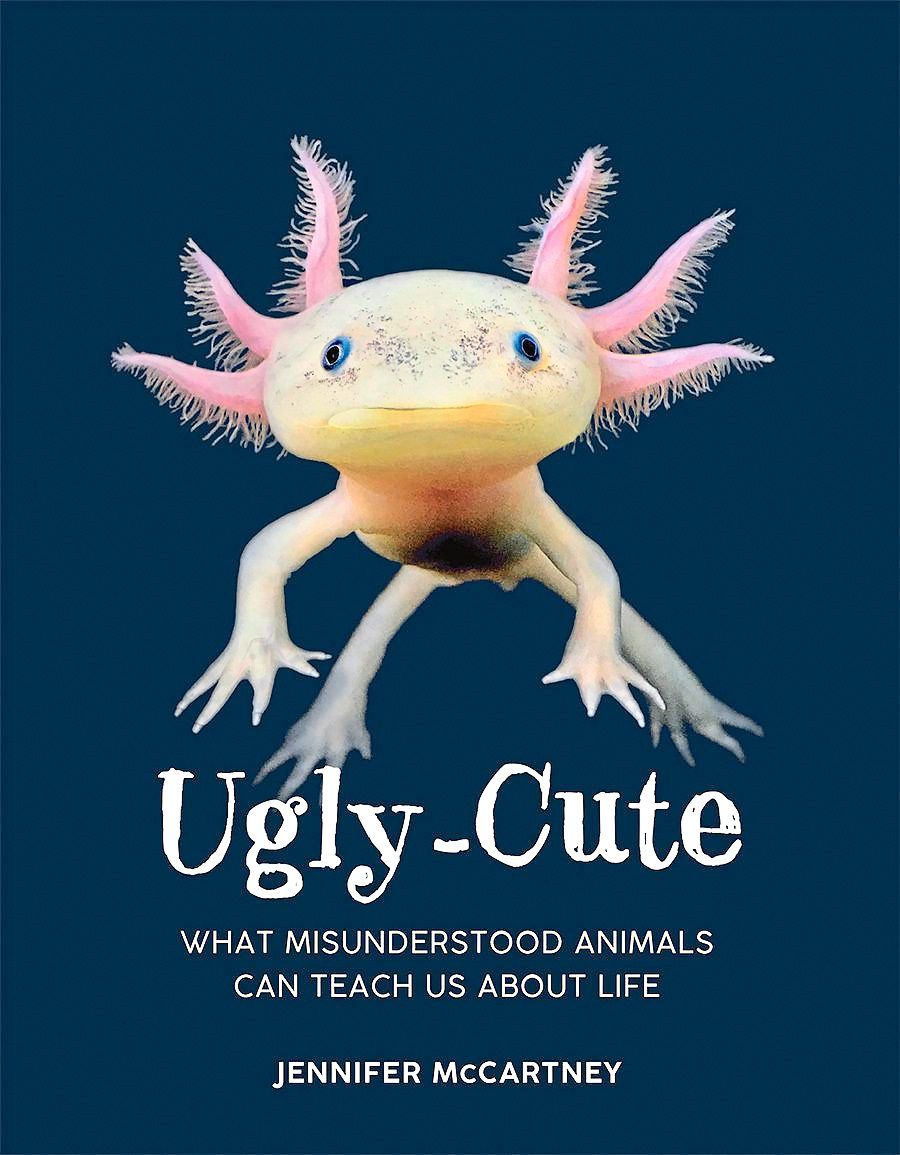 trendy africa, by Ken Kweku Nimo. The Ghanaian researcher and designer explores the complex role the continent plays in the past and present of the world of global fashion. She highlights a new wave of African talent as she looks back at vast textile, craft and embellishment traditions that are hundreds of years old. Nimo also delves into Africa’s potential as a luxury hub. She also considers Africa Fashion, which accompanies an exhibition of the same name at London’s Victoria and Albert Museum.

See also  The complicated legacy of Sheryl Sandberg on Facebook

the crown in vogue, By Robin Muir and Josephine Ross. Published for the late Queen’s Platinum Jubilee, the two take readers through more than 200 British Vogue images of the British royal family, beginning in the early 20th century. At some point, every last major royal graced the magazine’s pages, from the Queen Mother to Prince Harry to Meghan. With a variety of commentaries, from Evelyn Waugh to Zadie Smith. 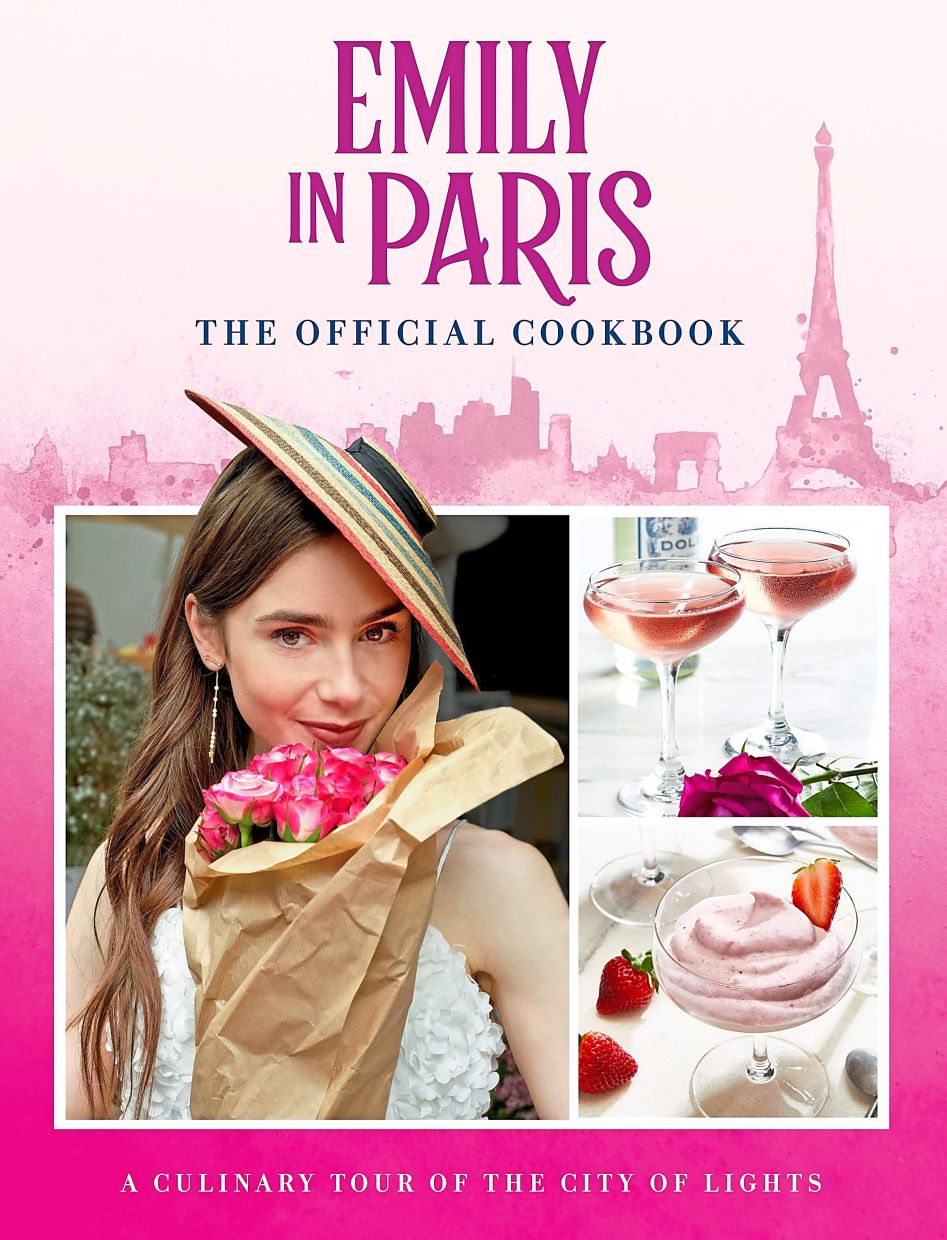 start with us by Colleen Hoover. He has millions of fans on TikTok and elsewhere who have been eagerly awaiting this sequel to his bestseller It Ends With Us. Her latest story about a dramatic love triangle and one woman’s fight against domestic abuse helped cement her status on TikTok and made her the country’s most popular fiction writer.

the pigeon will ride the roller coaster, by Mo Willems. The determined blue dove with seven hilarious books on her resume is back with a not-so-upside-down lesson in managing expectations. This time, he’s willing to ride a roller coaster as he plans the process: buying a ticket, waiting in line, the possibility of motion sickness. What he gets instead might surprise you. Ideal for children from 3 to 5 years old. 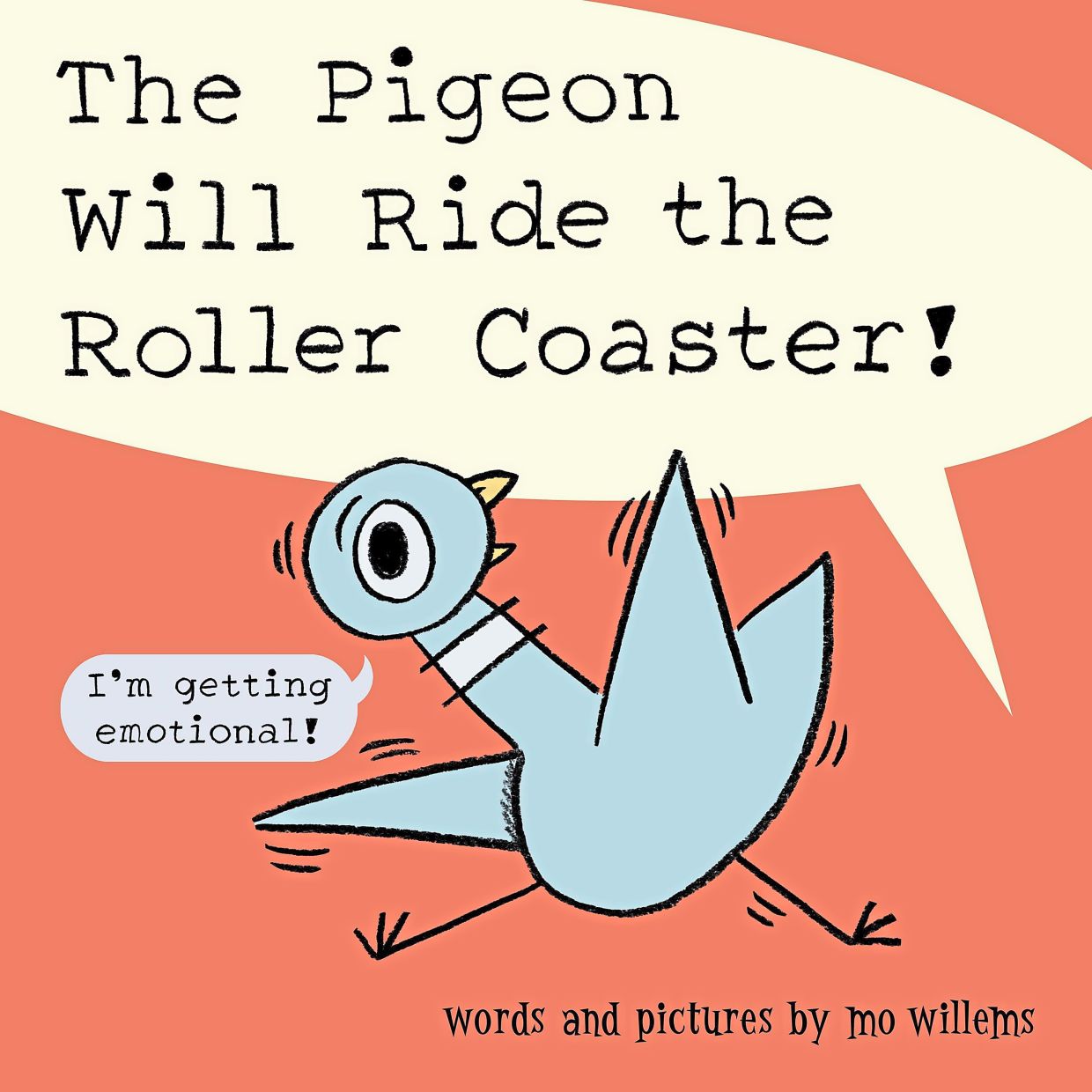 women holding things, by Maira Kalman. The bestselling artist, designer and author has expanded a booklet of the same name that raised money to fight hunger. True to their title, Kalman’s paintings and musings feature women who often do the work of holding things together. A woman holds a baby. A woman has court. Kalman includes a painting by Virginia Woolf, which “barely holds together.” She writes about the last picture in the book, a girl with pink balloons: “Wait.”

never anywhere, by Neil Gaiman with illustrations by Chris Malbon. This dark 1996 urban fantasy focuses on the dispossessed as the reader is taken to the London Underground, a secret world that exists in parallel with the London we know. Gaiman wrote the novel after the BBC turned it into a television series. He wrote in 2005 that the story’s goal was to move adults, as he was moved by “Alice in Wonderland,” the Narnia books and “The Wizard of Oz” when he was a child. A special boxed edition with a new introduction by Susanna Clarke. 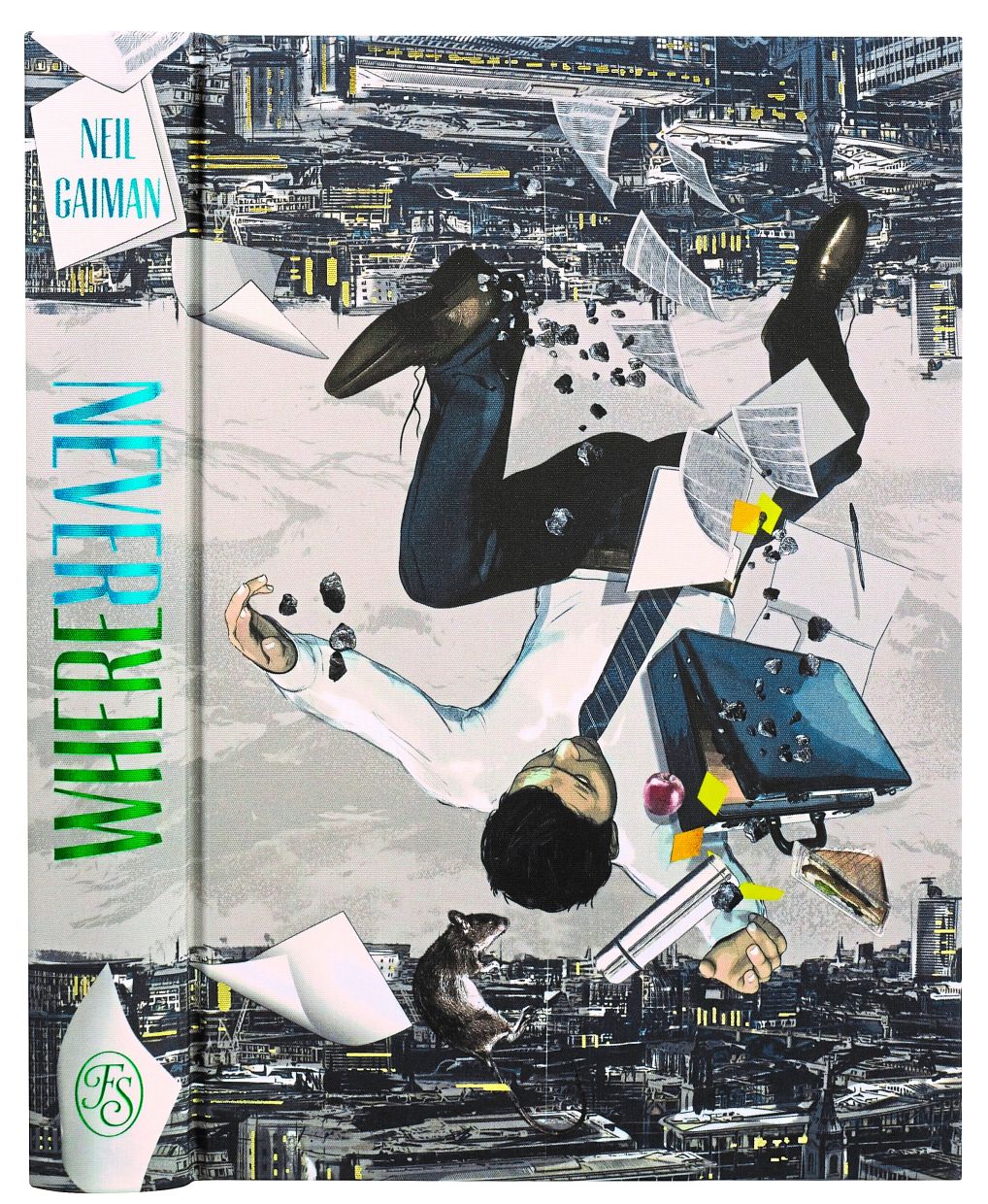 Cold as ice. A History of Hip Hop Jewelryby Vikki Tobak. A photographic review of how hip hop helped redefine luxury with its over-the-top culture of bling. At first, there were Run-DMC’s Adidas gold pendants and Eric B. & Rakim’s dookie rope chains and Mercedes medallions. They were followed by Pharrell Williams, Jay-Z, Gucci Mane, and Cardi B. There is a foreword by Slick Rick, and essays by A$AP Ferg, LL Cool J, Kevin “Coach K’ Lee, and Pierre “P” Thomas. of the music.

Adrift: America in 100 Charts, By Scott Galloway. How did the country get here? The New York University marketing professor explores that and other key questions beginning in 1945 and landing in the present. A short text accompanies simple charts from him on a variety of topics, from the perception versus reality of the country’s crime rate to the earning potential of potential male partners. The book is not for high-thinking statisticians, but it is full of talking points for the rest of us. – PA