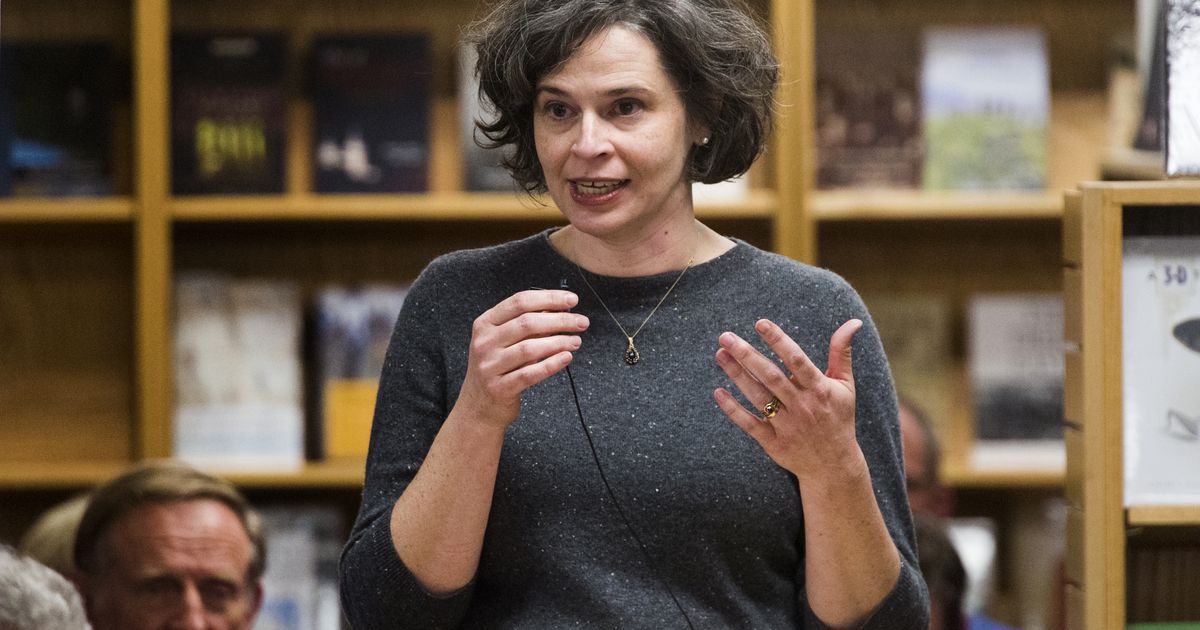 In just over a decade, Kate Holbrook has gone from an American religious student to sitting atop the nerve center of the burgeoning historical study of Latter-day Saint women.

A generous and grace-filled scholar, Holbrook, who died of cancer Saturday at age 50, was the first person hired by the history department of The Church of Jesus Christ of Latter-day Saints to focus exclusively on the history of women. In that role, she educated scholars and writers across the spectrum of skills, education, and beliefs, while also writing and editing her own books and bringing diverse scholars together for conferences and collaborations.

After news of her death reverberated across social media over the weekend, hundreds shared thoughts about her life and grief over her loss, using words like “heartbroken” and “devastated.”

On Monday, the church provided quotes about her from leaders and many colleagues, some of whom worked with her in the history department or on book projects.

“Kate played a leadership role in launching a new era of scholarship that increased the visibility of women in church publications and strengthened conversations with scholars in the broader academic community,” said Jill Mulvay Derr, one of Holbrook’s co-editors. She “brought the long-missing voices of women into the canon of church history and preserved women’s preaching, theological analysis, and testimonies for future generations.”

Holbrook was a “bridge builder throughout her career,” famed historian Laurel Thatcher Ulrich noted in an email from the church, “mediating the historical perspectives of professional scholars and church leaders, senior historians and university students, Latter-day Saints and members of other religious communities. ”

Even over the past year, when her health was failing, she “continued to plan conferences and projects,” Ulrich said, “that would bring together academics, students and the general public around neglected topics.”

Beyond his academic achievements, Ulrich said, Holbrook radiated “grace and wisdom in all settings.”

Reaching out to so many others wasn’t always easy for her, said her husband, Dr. Samuel Brown.

“What I think people may not recognize is how shy she was and how much work she put in to make herself available for this work of empathy and connection. The love was totally natural,” she wrote in an email. “Applying that love took a lot of work because of how gentle and shy she was deep down. In my opinion, he had the perfect balance between authenticity and hard work.”

A house full of women

Holbrook was born in Santa Barbara, California, “in the desperate turmoil of the early 1970s, to Kathleen Stewart and Robert Holbrook,” according to the family obituarybut young Kate was raised solely by her mother and grandmother, Belle Fillmore Stewart, in Provo.

From early childhood, she lived in a “three-generation women’s home,” Ann Florence, a cousin, said in an email. “I have known and loved these women all my life. They were/are two of the most effusive, focused, supportive and compassionate women I have ever met. Kate had nothing but praise and encouragement throughout her life.”

This is notable, Florence said, because Latter-day Saints “give lip service to motherhood, but rarely mention the mothers of women who become influential, many because of the confidence and opportunities afforded them by their parents.” mothers”.

It could, she added, “soften the stigma on single and/or working mothers.”

It was also in this house that Holbrook developed his lifelong love of food as a gift.

(The Church of Jesus Christ of Latter-day Saints) Kate Holbrook, historian in the Department of Church History, discusses various topics based on questions from young adults around the world in a live Face to Face devotional on 9 September 2018. Apostle Quentin L. Cook is on the left and historian Matt Grow is on the right.

After serving a Latter-day Saint mission in Samara, Russia, and graduating from church-owned Brigham Young University, Holbrook moved to Boston because “he loved spending a rainy afternoon there when he was 13,” he says. the obituary. “There he worked at Boston University, graduated from Harvard Divinity School with an M.D., and started a Ph.D. in religious studies at Boston University. He also met and married Sam Brown.”

During that time, Holbrook “pioneered an ecumenical approach to religious studies through two very different projects,” Ulrich said. “The first was a landmark undergraduate course at Harvard University, which she helped design and manage while working on her master’s degree. That course literally made national news.”

Then, at Boston University, he introduced “‘foodways’ to the religious studies program there in a comparative study of the Nation of Islam and [the LDS Church],” the harvard professor emeritus said. “Cookbooks were one of his main sources.”

At age 30, Brown and Holbrook realized they were “mountains at heart and moved back to Utah,” the obituary explains. They landed in Salt Lake City, with their three daughters: Amelia, Lucia, and Persephone Holbrook-Brown.

Holbrook had “a collaborative approach to raising children, wanting them to be a full part of the conversation and decision-making,” Brown said Monday. “She never raised her voice, ever. She loved giving kids autonomy so they could experience agency.”

Holbrook finished his dissertation remotely. She was hired by the Utah-based faith and immediately began devising projects on the church’s many untapped resources and major documents in women’s history.

His productivity was legendary and exhausting.

At the same time, she also pursued her love of food, preparing delicious dishes for family, friends, and neighbors on a regular basis and hosting a cooking blog, The Far Cafe.

Holbrook reads at least one, sometimes two, novels a week, her husband said. In the last year of her life, she devoured Louise Penny’s “Inspector Gamache” books because “they were about a community, the food they ate and the land they inhabited.”

From his youth, Holbrook loved “Out of Africa,” both the movie and the memoryso the couple went to Kenya for their senior year to fulfill their lifelong dream.

She too, Brown noted, loved Chopin.

God and the gospel

In 2018, Holbrook appeared in a worldwide devotional for Latter-day Saint young adults, answering questions about church history along with Apostle Quentin L. Cook and Matt Grow (then the department’s publishing director).

“When I was selecting a female historian to appear with me for a face-to-face meeting in Nauvoo [Illinois] that would emphasize the history of the church, he wanted someone with three qualities,” Cook said in his recollection of Holbrook. “First, someone who could express empathy and reach out to people who have challenges. Second, someone who is absolutely professional. And third, someone with a deep and abiding testimony in the Lord Jesus Christ and the gospel of him. Kate exemplifies all of these qualities.”

Holbrook loved Jesus “with all his heart,” the obituary said. “There wasn’t a part of her that didn’t breathe God and the gospel. He was honored to lead teams in telling the Latter-day Saint story to outsiders and the stories of women to their fellow Saints.”

To that, Brown added in his email: “Today, there is this idea that academics can only believe with asterisks and disclaimers. He had a deep-seated faith in the full awareness of life’s rich complexity, and there were no asterisks or disclaimers. She believed in the way that she loved, with all her heart and mind.”

In that textured faith, said Spencer Fluhman, executive director of BYU’s Maxwell Institute, “She left a mark on us, and we’re better for it.”