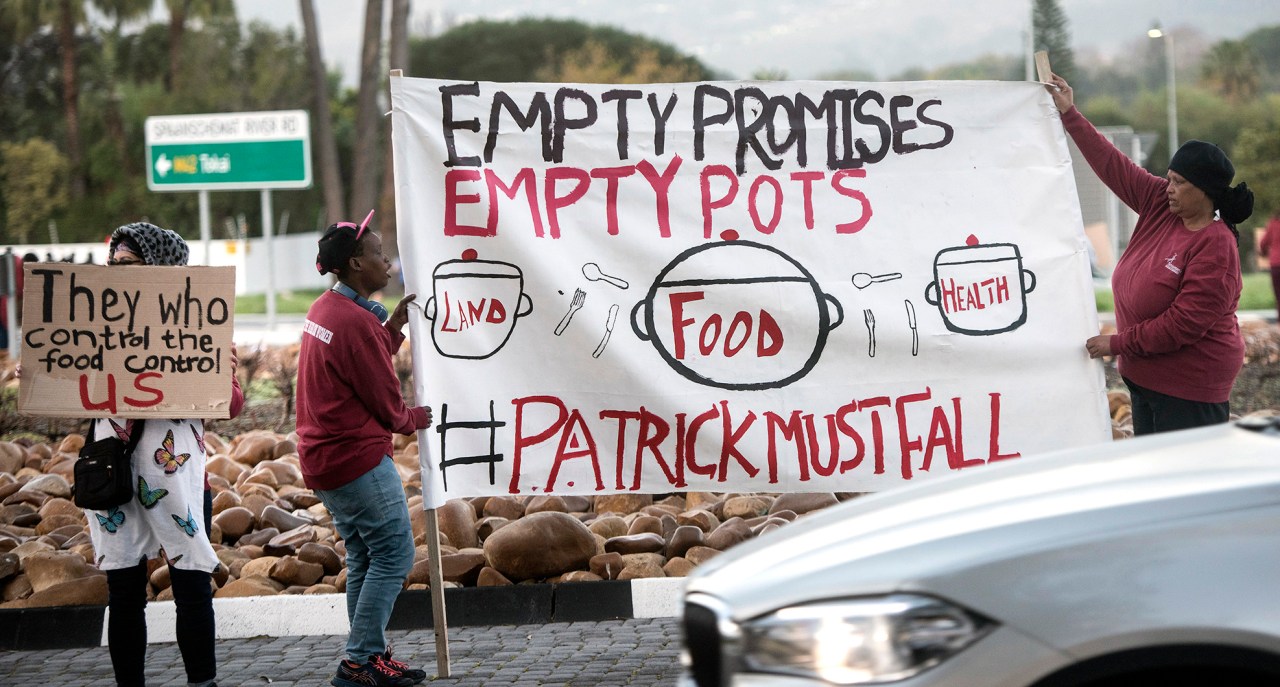 The figures, released Tuesday by Statistics South Africa, are a grim reminder ahead of Wednesday’s planned national stay that millions of South Africans are in a dangerous position to face rising costs of living. This point will not go unnoticed by union federations planning a national absence on Wednesday.

And women bear the brunt of this burden. The Quarterly Labor Force Survey (QLFS) found that 47.0% of South African women consider themselves economically inactive, at least in a formal sense.

“This means that almost half of working-age women in South Africa are out of the labor force compared to 35.6% of their male counterparts. The latest global labor force participation rate for women is around 47% compared to 72% for men. The productive potential of South African women in the labor market remains unused,” said Stats SA. 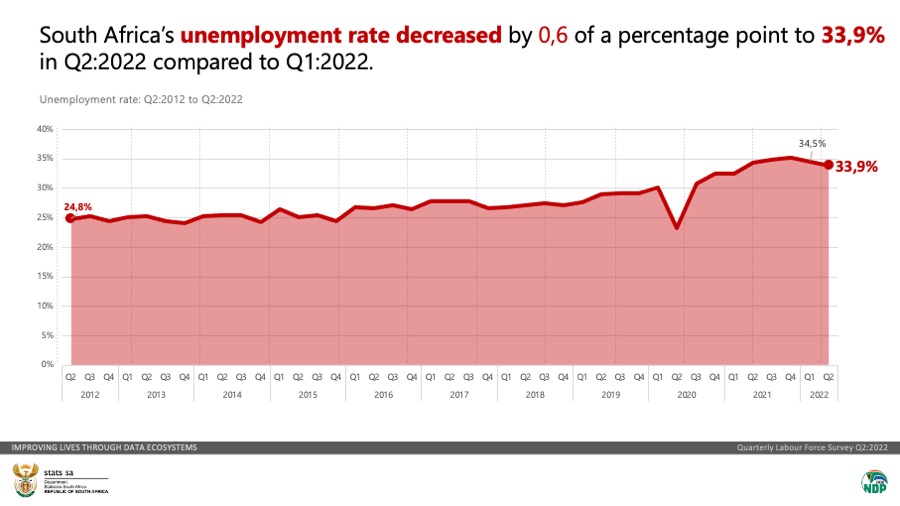 So the gap has narrowed but it’s still high. This does not capture women’s productive contribution to unmeasured fields of the economy, such as subsistence farming and other forms of informal work. But the picture that emerges is one of wide gender disparities that clearly magnify those of race. 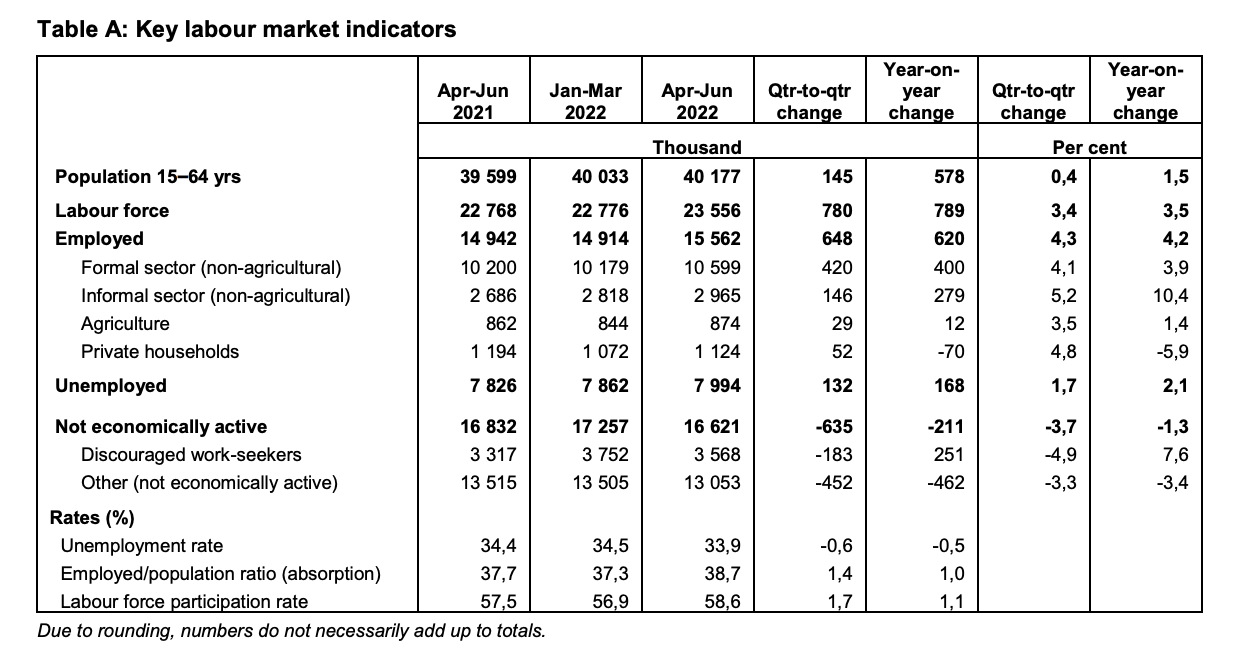 The best that can be said about the overall number is that it is moving in the right direction, but such a high unemployment rate still provides plenty of fuel material for social unrest. The South African economy is simply not creating jobs in a meaningful way to address the immense and enduring challenges of poverty and mind-boggling inequality.

The unemployment rate under the expanded definition of unemployment, which includes discouraged job seekers, fell 1.4 percentage points to 44.1%, which is still a surprise. Many South Africans have simply given up on the employment front.

“Despite these positive declines, at the end of the day, South Africa’s official unemployment rate remains the highest in a list of 82 countries tracked by Bloomberg. Strict labor laws, stagnant productivity, bureaucratic hurdles and skills shortages have essentially reduced the ability of South African companies to hire additional workers,” said Casey Delport, investment analyst at Anchor Capital, in a note on the results. data. 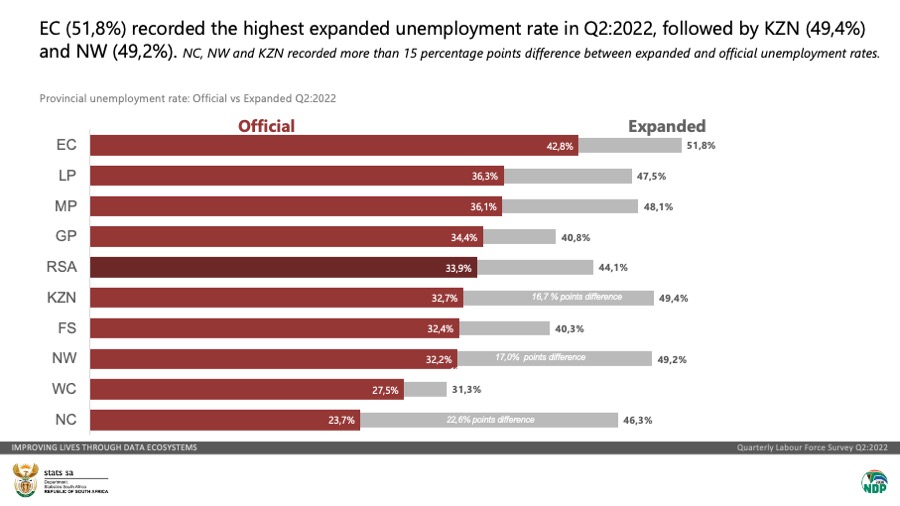 “The recovery in the unemployment rate may be short-lived, with a record number of power outages forecast this year, ongoing devastating floods in KwaZulu-Natal, a slowdown in global output, rising Interest rates and rising fuel and food prices caused by extreme weather and the war in Ukraine are likely to affect future economic growth and job creation,” Delport added.

It is interesting to note that the unemployment rate fell in the second quarter, the period from April to June, a quarter in which most of the data suggests that the economy is likely to have contracted. But Delport and other analysts have raised concerns about the reliability of South Africa’s unemployment data. And the long-term trend remains one of slow economic growth and high unemployment rates. MD/WB