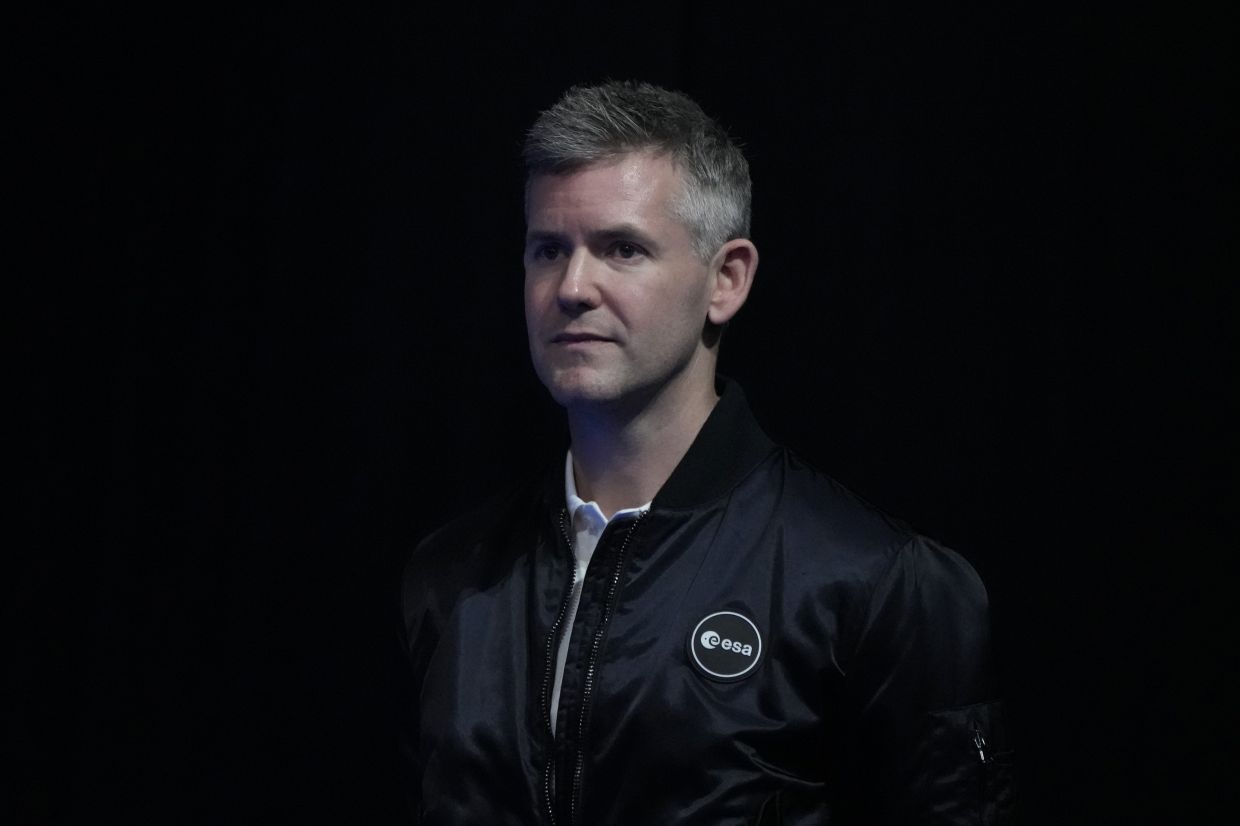 The European Space Agency made history on November 23 by selecting an amputee who lost a leg in a motorcycle accident to be among its newest batch of astronauts, a leap towards its pioneering ambition to send someone with a physical disability into space.

John McFall, a 41-year-old Briton who lost his right leg when he was 19 and competed in the Paralympics, called his selection in Europe’s response to NASA “a real turning point and a landmark in history.”

“ESA is committed to sending an astronaut with a physical disability into space… This is the first time that a space agency has made an effort to embark on a project like this. And it sends a very, very strong message to humanity.” . he said.

The newly named parastronaut joins five career astronauts in the final selection unveiled during a press conference in Paris — the conclusion of the agency’s first recruiting drive in more than a decade aimed at bringing diversity to travel space.

The list also included two women: Sophie Adenot from France and Rosemary Coogan from Britain, new ambassadors for another underrepresented section of European astronauts. A small minority of those who have explored space have been women, and the majority were Americans.

However, the November 23 list did not include any people of color. The hiring campaign did not specifically address ethnic diversity, but at the time stressed the importance of “representing all parts of our society.” See also  How are bacterial and fungal colonies on masks affected by mask type, use, and lifestyle?

McFall will be following a different path than his fellow astronauts because he will be participating in a groundbreaking feasibility study that will explore whether physical disability will affect space travel. It’s an unknown land, as no major Western space agency has ever put a parastronaut in space, according to the ESA.

Speaking proudly amid flashes of emotion, McFall said he was uniquely prepared for the mission because of the vigor of his mind and body.

“I feel very comfortable in my own skin. I lost my leg more than twenty years ago, I had the opportunity to be a Paralympic athlete and I really explored myself emotionally… All those factors and difficulties in life have given me confidence and strength: the ability to believe in myself that I can do anything I set my mind to,” he added.

“I never dreamed of being an astronaut. It was only when ESA announced that they were looking for a candidate with a physical disability to embark on this project that my interest really piqued.”

The feasibility study, which will last two to three years, will examine the basic obstacles for a paraastronaut, including how a physical disability might affect mission training and whether modifications are required to spacesuits and aircraft, for example.

ESA’s director of human and robotic exploration, David Parker, said it was still a “long road” for McFall, but described the new recruitment as a long-standing ambition.

Parker said it started with a question. “Maybe there are people who are almost superhuman in the sense that they’ve already overcome challenges. And could they become astronauts?”

Parker also says that he “thinks” it may be the first time the word “parastronaut” has been used, but “I don’t claim ownership.” 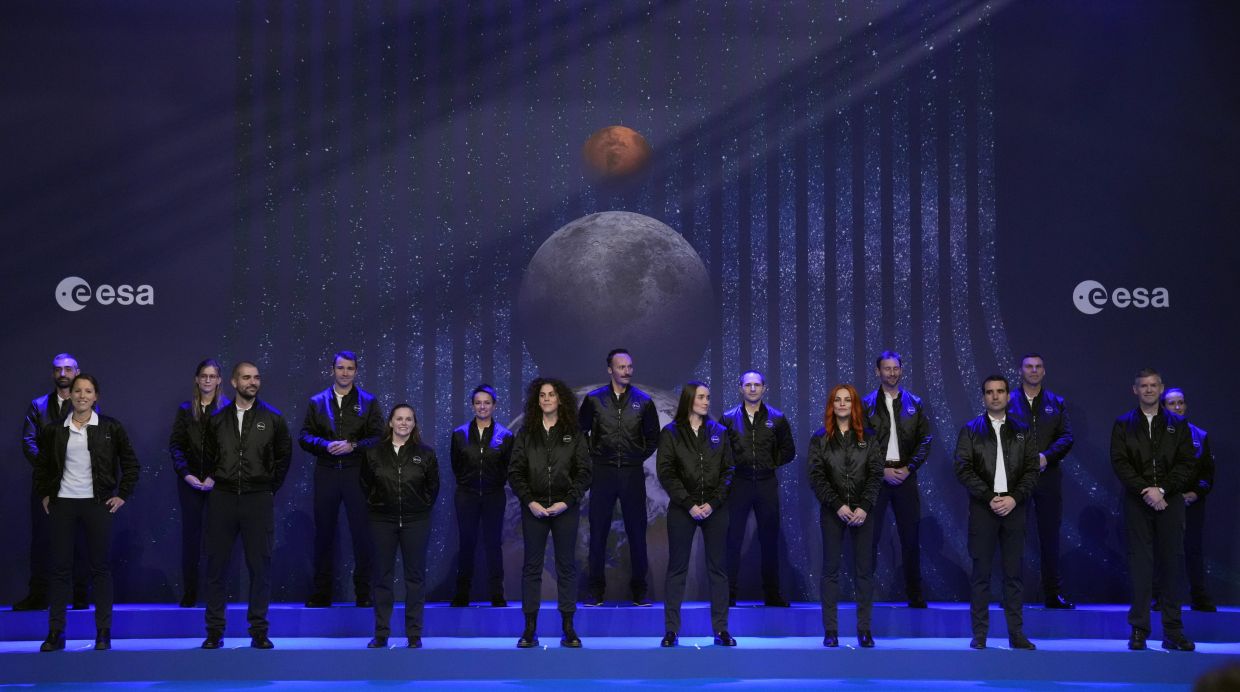 The European Space Agency has selected a disabled former athlete to be among its newly recruited astronauts as part of its first recruitment drive in more than a decade that aimed to bring diversity to space travel.

“We are saying that John (McFall) could be the first parastronaut, that means someone who has been selected through the regular astronaut selection process but has a disability that would normally have ruled them out,” he said.

It will be at least five years before McFall goes into space as an astronaut, if he is successful.

Across the Atlantic, Houston is taking notice. Dan Huot, spokesman for NASA’s Johnson Space Center, home to the US agency’s astronaut corps, said that “at NASA we are watching with great interest the ESA para-astronaut selection process.”

Huot acknowledged that “NASA’s selection criteria currently remain the same,” but said the agency looks forward to working with “new astronauts in the future” from partners like ESA.

NASA emphasized that it has a safety-conscious process for vetting future astronauts who could find themselves in life-threatening situations.

“For maximum crew safety, current NASA requirements require that each crew member be free of medical conditions that may affect or be aggravated by the person’s ability to participate in space flight, as determined by NASA doctors,” Huot added.

NASA said future “assistive technology” could be a game changer for “some candidates” to meet its stringent safety requirements.

The European agency received applications from all member nations and associate members, although the majority came from the traditional heavyweights of France, Germany, Great Britain and Italy.

At ESA’s two-day council in Paris, France, Germany and Italy also announced an agreement on November 22 for a next-generation European space launcher project as part of apparent efforts to better compete with Elon Musk’s SpaceX and other rocket programs in the US and Porcelain.

ESA’s 22 European members also announced their commitment to “space ambitions” with a budget increase of 17%, representing 16.9 billion euros (80 billion ringgit) over the next three years. It will finance projects as diverse as tackling climate change or exploring Mars. access point