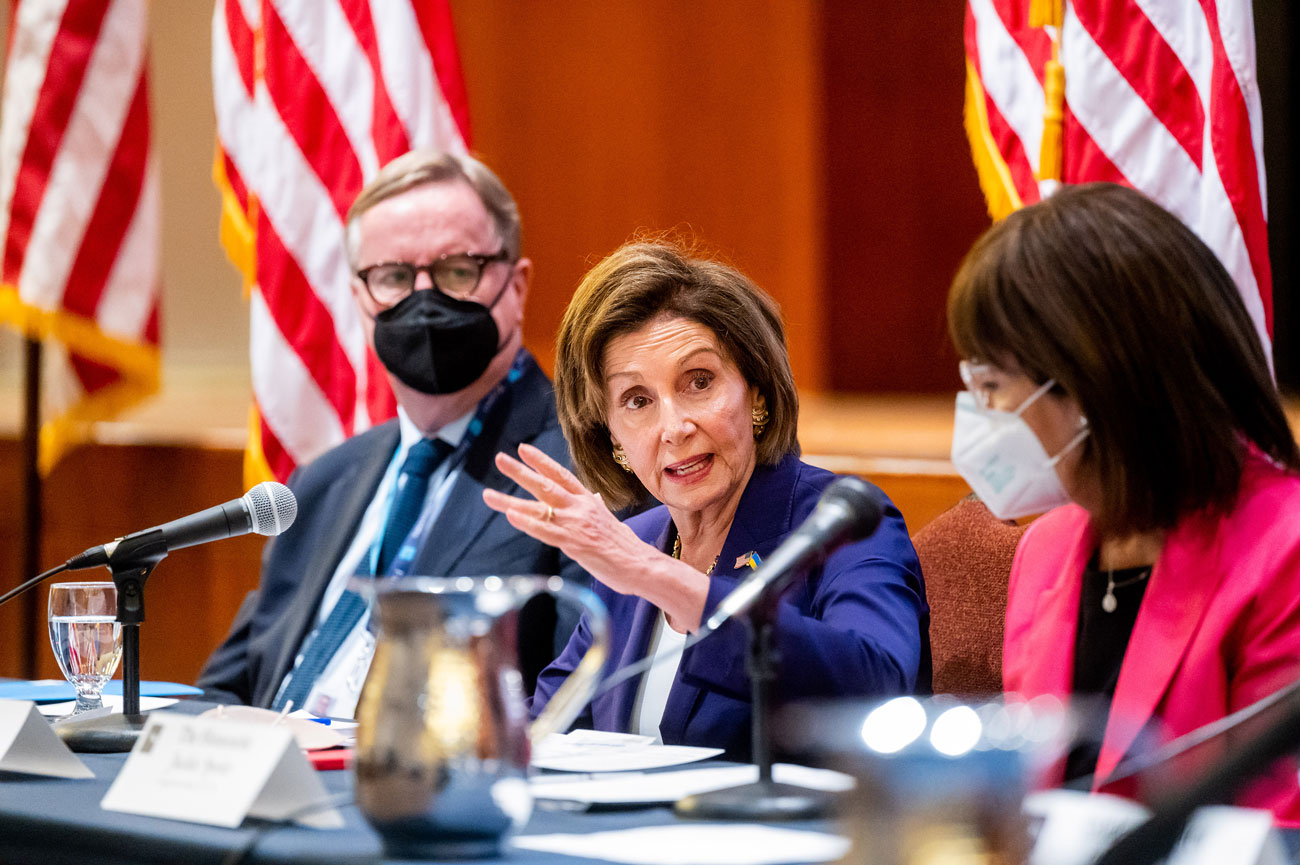 Chancellor of the University of California at San Francisco sam hawgoodMBBS and faculty joined US House Speaker Nancy Pelosi and Rep. Jackie Speier at a roundtable on August 26 on Women’s Health and the State of Abortion Care in the nation.

The event, which coincided with Women’s Equality Day, aimed to support women’s reproductive rights in light of the US Supreme Court ruling and marriage equality.

“Unimaginable pain is being inflicted on women across the country,” Speaker Pelosi said, noting the surge in women registering to vote. “American women today are not as free as their mothers… It is an injustice that we will not tolerate or endure.”

Both Drey and Gonzales said their clinics are beginning to see patients arriving for care from across the country, including Texas, Florida, Georgia and Tennessee, where access to abortion has already been severely restricted. Speakers estimate that current and planned abortion restrictions could affect up to 30 million women across the country.

“Another after effect that we’re starting to see is an OB/GYN workforce outflow from forced labor states,” Drey said, noting that women’s health professionals are leaving these states because they can’t provide the high level of care they need. We are trained to provide or guide at-risk patients through their full options.

“UCSF is nationally recognized for its abortion research,” added Upadhyay, who is a public health social scientist at UCSF. “And what the research shows is that the Supreme Court ruling…goes directly against the science. Research shows that toppling Roe will be devastating to individuals and their families for years to come.”

“The ruling to overturn Roe v. Wade reversed a crucial constitutional right that is already changing the way women access reproductive health care in many states across the country,” said Chancellor Hawgood. “As a result, access to evidence-based reproductive health services is a growing health equity challenge, particularly for communities of color, low-income women and undocumented people.”