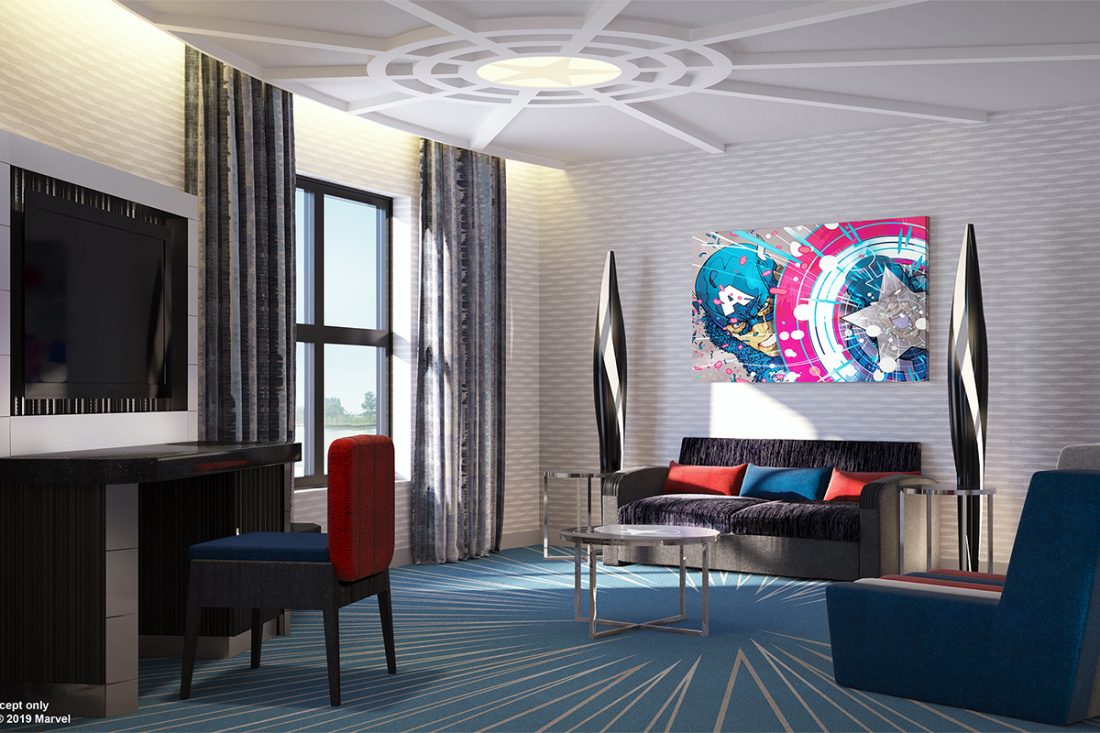 A famous industrialist once said, “Sometimes you have to run before you can walk.” I think it was Henry Ford, or maybe that loquacious Musk guy… wait, no, it was billionaire CEO Tony Stark, better known as the superhero Iron Man.

As fictional as Mr. Stark and his inspiring platitudes may be, Disney Imagineers have found a grain of truth in his words. Fittingly, they have put it into practice in the new Disney Hotel New York – The Art of Marvel at Disneyland Paris. It’s a whole slice of super life where you can let your inner hero shine.

After the House of Mouse purchased Marvel Entertainment in 2009, Marvel superheroes were slowly incorporated into the variety of Disney theme parks. It was as smooth a fit as an Infinity Gauntlet on an intergalactic despot; the tech-driven Iron Man was right at home among g-force roller coasters, while your friendly neighbor Spider-Man’s head shape made him a better balloon than even Mickey himself.

The last Disney children’s park to enjoy the benefits of the colossal team is Disneyland Paris, which in July 2022 received the Marvel Avengers Campus as part of the Walt Disney Studios Park. The campus features two exciting new attractions inspired by Marvel heroes: the Avengers Assemble: Flight Force roller coaster, where guests join Captain Marvel and Iron Man for a breathtaking high-speed mission through space, and Spider-Man WEB Adventure, an augmented reality experience that lets you jump into the web alongside the Ol’ Webhead himself. 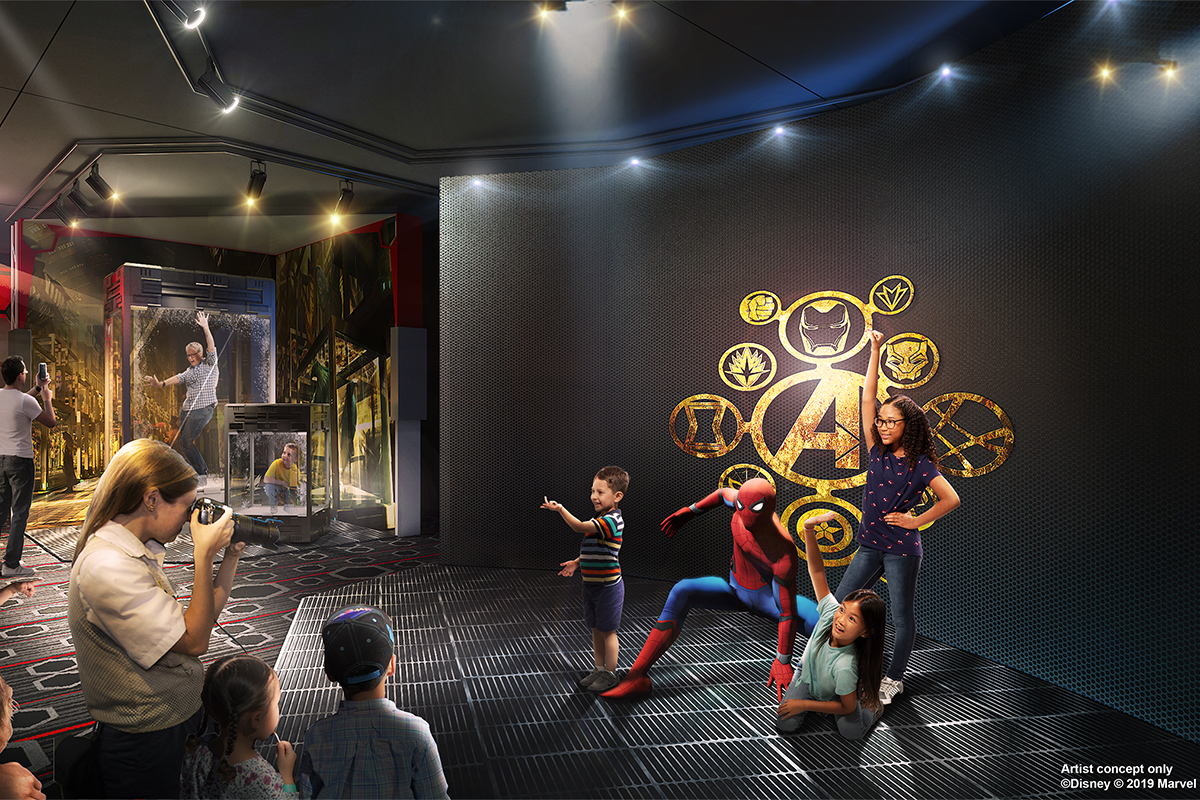 Additionally, the campus features a variety of heroic encounters, restaurants, and shops that fully immerse visitors in the Marvel Universe. However, the best way to complete the experience is a stay at the Disney Hotel New York – The Art of Marvel.

But this is not your dad’s New York. While the hotel itself, a 561-room pastiche of New York art deco and Big Apple vibes that has served as EuroDisney’s version of the American luxury hotel since 1992, isn’t new, Marvel’s rebranding means which is now a very important part of the familiar New York for Peter Parker and the Avengers.

It starts in the lobby, where I walk past a wall of Iron Man armor and check out Captain America’s shield as I make my way to the front desk. Outside on the sunny patio, giant statues of Black Panther and Iron Man stand guard against would-be intruders as guests pose for selfies.

“At breakfast, Mickey ears cheekily appear on my toast; such is the level of immersion that it is a nice reminder of where I am.”

Functional and luxurious rooms are adorned with artistic renderings of Marvel heroes and tastefully applied color schemes tied to specific characters. However, don’t expect flashy wallpaper and bright red and blue Spidey sheets; This is not your son’s New York either. Instead, there’s a sleek corporate-chic aesthetic and an imaginative, evocative use of color: the blanket on my bed is a muted red and gold that suggests Iron Man’s mask.

In this way, the Disney Hotel New York functions as a respectable, business-friendly hotel for you and a fun-filled, superhuman experience for your children. If you’re really looking for the Hulk, you’ll want to opt for an Empire State Club room (complete with exclusive access to the Empire State Lounge) or even the two-story Art of Marvel Presidential Suite. Hey, that’s what Tony Stark would do.

Speaking of which, I half expect to find Tony at one of the Disney Hotel New York hotels. two stylish bars; Unsurprisingly, the Skyline Bar offers a glimpse of the New York skyline (and the strange superpowered inhabitant), while the Bleecker Street Lounge offers a variety of craft beers, organic wines, and hero-themed cocktails.

When is time to dinner, head to restaurants downtown or Manhattan, where the culinary diversity of the Big Apple is in full swing. Dishes around the world will get more than a tingle from Spider-Sense amidst a fully transportable New York setting, replete with Marvel character sketches along the walls. At breakfast, Mickey ears cheekily appear on my toast; such is the level of immersion that it is a good reminder of where I am. 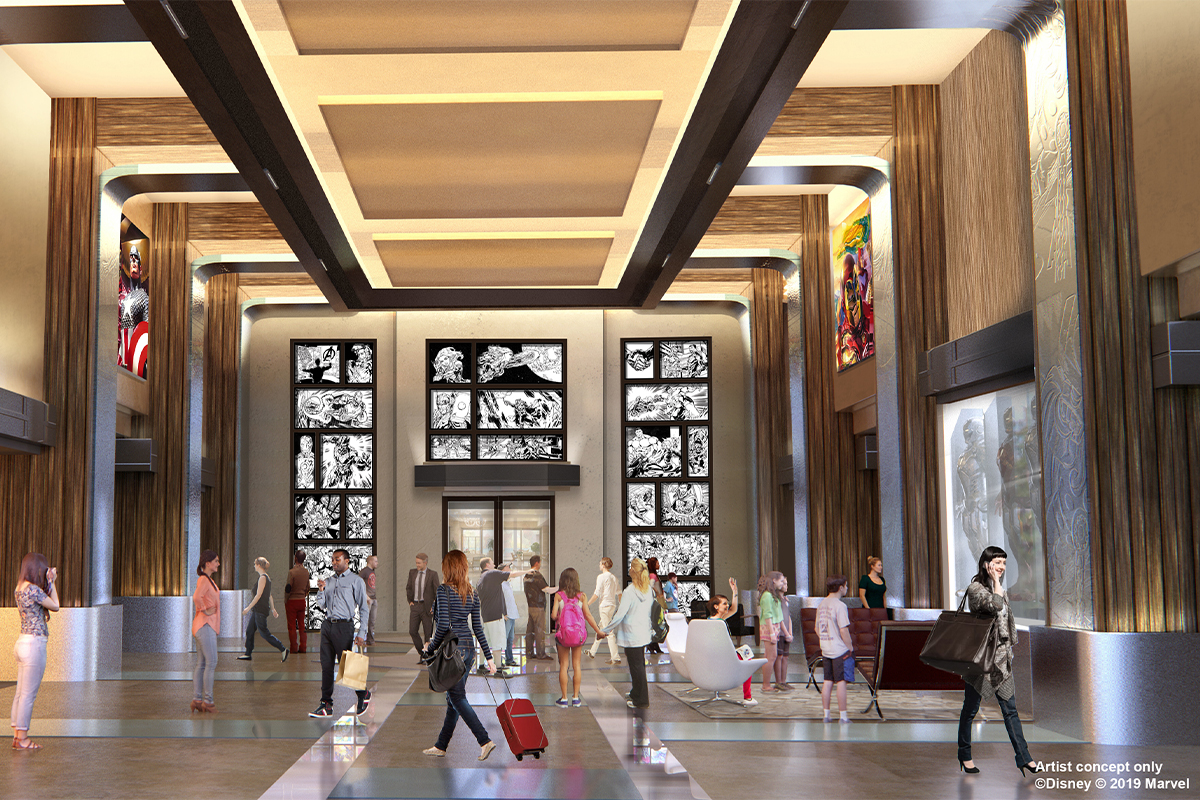 But wait, we came here to live the superhero life! Chase Thor’s shredded physique at the Hero Training Zone, which offers a variety of sports and fitness activities, as well as the indoor/outdoor Metro Pool. Or immerse yourself in the multiverse at Super Hero Station, where you can hang out on Peter Parker’s roof or try to lift the mighty Mjölnir…and look good doing it.

There is also a rare look behind the canvas at the Marvel Design Studio, where budding artists can take exclusive drawing lessons and create their own heroes. Meanwhile, veteran comics aesthetes won’t want to miss the Jack Kirby Legacy Gallery, where original covers and artwork from the “King of Comics” are on display 24 hours a day, with other temporary exhibits throughout the year.

In fact, there is so much to see and do that you might forget Disneyland Paris and Walt Disney Studio Park they are only 10 minutes away on foot and Paris is only 45 minutes away by train. If, like me, you stay by the park until the 11:00 pm fireworks, you’ll appreciate knowing you’re never far from your comfortable bed. My hero, actually.

But let’s go back to running before walking. Both superheroes and CEOs live life at superhuman levels of speed and urgency, putting the needs of many before their own. When it’s time to kick back or just slow down, Disney Hotel New York – The Art of Marvel offers the perfect way to do so in a manner befitting Earth’s Mightiest Superheroes. Excelsior!