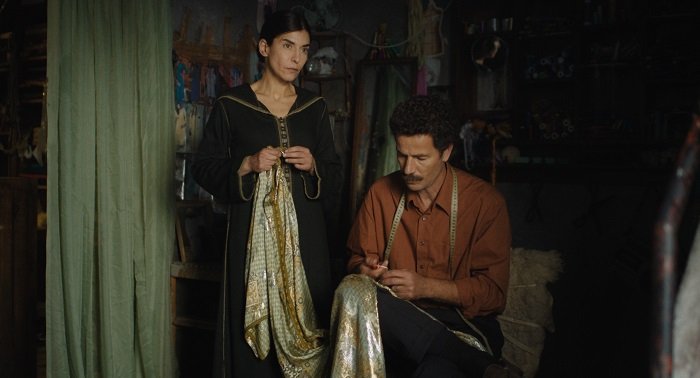 Queer Wave 2022 starts on Friday, November 25 and continues until Sunday, December 4 in the old city of Nicosia.

Complete program on the web: queerwave.com

During the third edition of the Festival, a total of 70 films will be screened, including 15 feature films, five Cypriot entries and more than 60 Cypriot premieres. This year’s program combines retrospectives, documentaries, animated films and segments for the whole family. As a show of solidarity with countries that today lack basic human rights, three short films from Iran, Ukraine and Palestine will also be screened.

After a special screening of Run away at the Rialto Theatre, this year’s Queer Wave officially kicks off at Theatro Polis (in front of the Old Powerhouse) on 25.11 with Maryam Touzani The blue caftan from Morocco, a subversive film that had its world premiere at this year’s Cannes Film Festival, winning the International Jury (FIPRESCI) in the “Un Certain Regard” section. On the opening night, the Vice Minister of Culture Yiannis Toumazis will lead a greeting.

Other festival hits in this year’s lineup include Swedish filmmaker Magnus Gertten’s moving documentary nelly and nadine (29.11), about a tender lesbian love story buried in time; as well as a sensual queer musical with Egyptian pop music and a narrative structure similar to Arabian Nights: Should I compare you to a summer day? by Mohammad Shawky Hassan (30.11), which traces multiple histories of polyamory.

On the occasion of the European Year of Youth, this year’s Queer Wave will give special visibility to young characters, with the aim of raising public awareness about the care that is not yet systematically offered to LGBT+ youth in Cyprus. From Argentina and Finland respectively we have that of Mariano Biasin Sublime (11/26) and Alli Haapasalo photo of girl (26.11), which shed light on the romantic and erotic exploration of bisexual and asexual characters among other themes. The transgender protagonist of Laurent Micheli lola and the sea from Belgium (11.26) is sure to win hearts, with the film’s tender take on family ties. Metamorphosis by JE Tiglao (11.27) is the first film from the Philippines to be screened in Queer Wave, as well as the festival’s first feature film with an intersex lead, a truly rare type in cinema. Finally, the film by Canadian director Bretten Hannam wild (11.27) also offers a glimpse into a world rarely seen on screen, in a film that follows indigenous queer characters with lightness and humor.

For documentary lovers, the programming is complemented by no weddings from Greek director Panagiotis Evagelidis (11.26), who will attend Queer Wave in person to present his film, a tribute to LGBT+ activists in Greece, who defied state objections by participating in the country’s first two same-sex marriages. With his observant yet unbiased gaze, Adrián Silvestre brings to this year’s Queer Wave a highly sensitive and beautifully multi-layered portrait of the trans experience with the fun yet poignant sediments from Spain (28.11). One of the six women featured in the documentary will attend the festival to present the film.

Queer-themed films by Cypriot directors are again in strong presence this year, with four shorts and one feature in the selection, including two local premieres. These movies are: The man with the answers by Stelios Kammitsis (27.11); herma by Angelos Charalambous (28.11); Walls by Semeli Vogazianou (11.29); a summer place by Alexandra Matheou (30.11); Y what will be will be by Alexandros Pissourios (01.12). The five directors will be with us after the screening of their films for a discussion with the audience: three questions and answers delivered in person and two online.

Celebrating filmmakers from a different era, who paved the way for queer cinema, the festival once again pays tribute to multiple gems in its retrospective: Theorem (01.12) to celebrate the 100th anniversary of the birth of Italian director Pier Paolo Pasolini; The bitter tears of Petra von Kant (12.02) by the German director Rainer Werner Fassbinder on the occasion of the 50th anniversary of the film; Y Victim (03.12) by British director Basil Dearden – a historically significant film set against the backdrop of the gay rights movement and the decriminalization of homosexuality in the 1960s in the UK.

This year a special platform will be given to directors of short works from the international queer scene, with a total of eight different short film programs: among them, four that include a Cypriot film; a program focused on family matters; and a selection of nine Super 8 gems by michael brynntrup, an important part of the German underground scene of the 80s and 90s, who will come to the festival in person to present his work. For the first time, Queer Wave will also include a short film program featuring pornographic contents. Also among the selected short films are this year’s winners of the Queer Palm (Cannes) and Teddy Award (Berlin).

Complete program on the web: queerwave.com

During Queer Wave 2022, events will take place every night, after the screenings, with local artists – LGBT+ and friends – presenting works at Sessions (Sapfous Street 6). Sessions is a newly established and up and coming queer space in Nicosia, hosting 10 days of side events in collaboration with Queer Wave. In addition to performances, live DJ music, showcases and discussions, Sessions will provide a social space for Queer Wave audiences to come together throughout the Festival, providing drinks and vegan snack options. More information on Instagram: @sesssssions