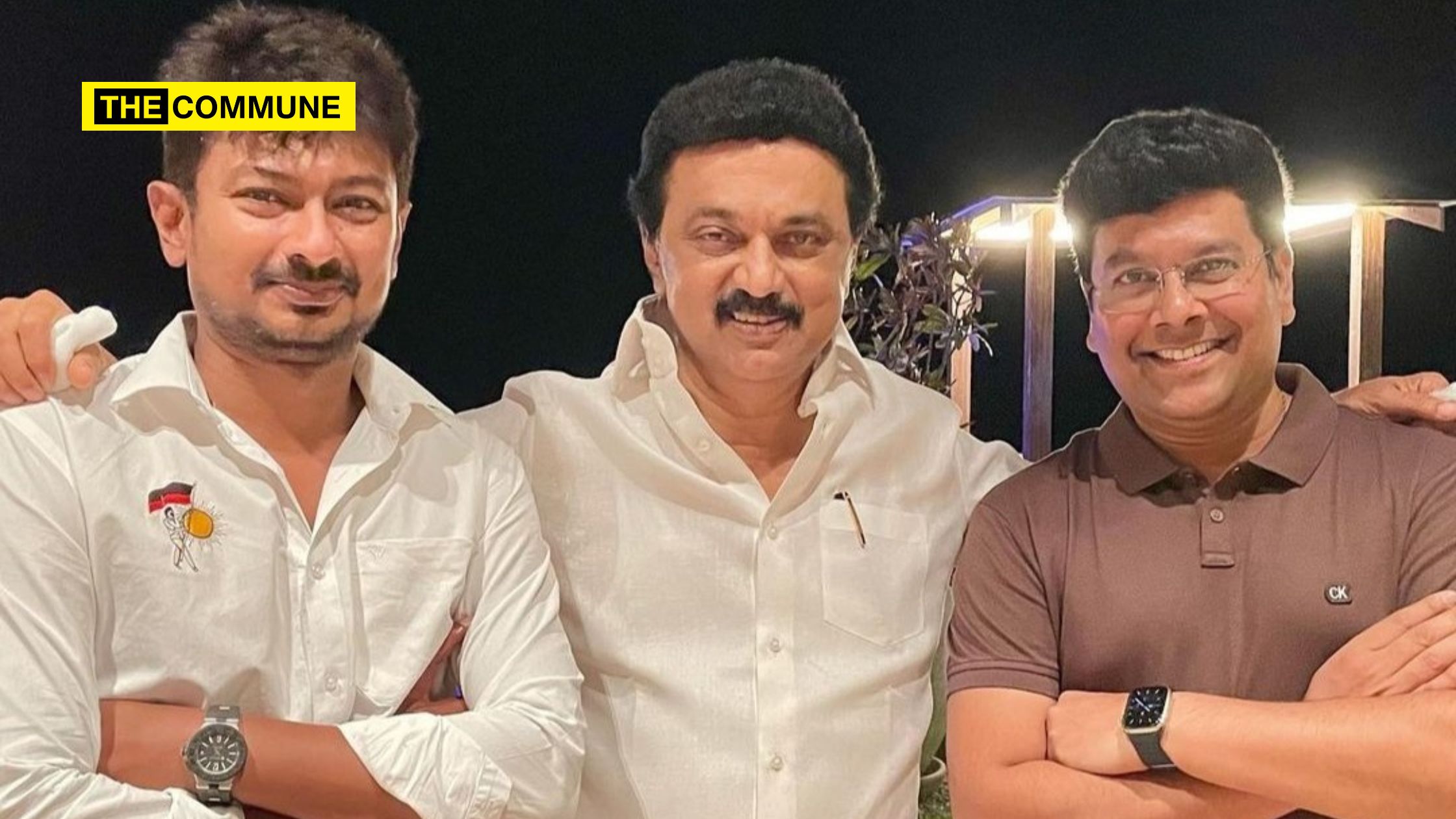 On Sunday (18 Dec 2022), V. Senthilbalaji, the DMK minister in charge of selling liquor to the people of Tamil Nadu, got in personal contact with Tamil Nadu BJP President K. Annamalai, making accusations about the latter’s watch.

In a social media post, the DMK minister stated: “Annamalai, (referring to him derogatorily) who claims to own only 4 goats as property, is wearing a Rafale watch, which costs more than ₹5 lakhs, of which there are only 500 wristwatches. If he can show the receipt for that watch in the next hour, many commoners can also buy and enjoy.”

Soon after, details of the watches and lavish lifestyle of Tamil Nadu Chief Minister MK Stalin’s son-in-law Sabareesan emerged with many questioning his source of income given his humble background before he married Stalin’s daughter Senthamarai. Political commentator Savukku Shankar and Youtuber Maridhas were among the first to reveal details about Sabareesan’s luxury possessions. These details have been made public to show cadres in the IT wing of DMK that they should not throw stones while living in a glass house.

Details of the lavish possessions, which Sabareesan flaunts to demonstrate his social status, were taken from images available in the public domain.

The watch in the picture appears to be a Richard Mille, priced at Rs 1.9 crore. Because the watch is not made in India, it must be imported, which incurs an import tax of ₹2.66 crore. The watch costs approximately Rs 4.65 crore in total.

This is one of the publicly available luxury watches worn by Sabareesan. However, political commentator Savukku Shankar, who got information about Sabareesan’s luxury possessions from a source, claimed that the DMK Chief Minister’s son-in-law has a large collection of luxury watches worth Rs 30 crores. 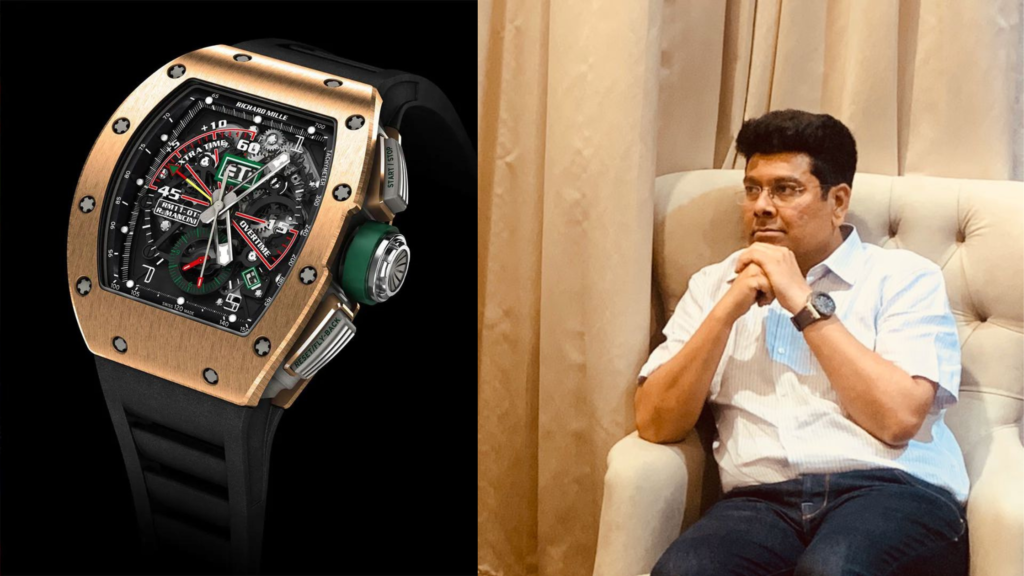 Sabareesan’s Hermes Paris Belt costs around ₹4 lakh. It should be noted that authentic Hermes Paris belts are extremely expensive, starting at ₹1,000,000 in India. People sometimes buy gold belt buckles, and Sabareesan is said to have one.

Hermès International, also known as Hermès de Paris or Hermes, is a luxury goods manufacturer based in France. In various valuation and ranking studies published by leading consultancies, it has been consistently ranked as the world’s most valuable luxury brand. Hermès is a brand that has become synonymous with luxury. 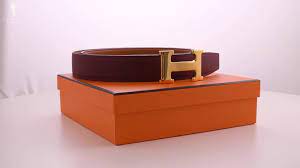 In one of the photos with DMK liquor minister Senthilbalaji, Sabarisan can be found wearing a Salvatore Ferragamo belt that costs approximately ₹1.5 lakh. 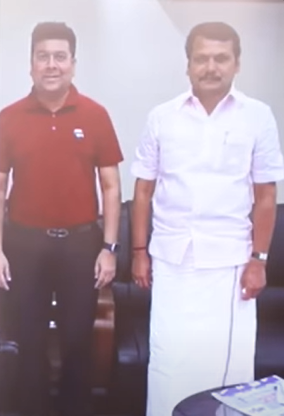 Louis Vuitton Malletier, commonly known as Louis Vuitton, is a French luxury fashion house and company founded in 1854 by Louis Vuitton. The label’s LV monogram appears on most of its products, from luxury handbags and leather goods to ready-to-wear, shoes, watches, jewelry, accessories, sunglasses and books. Louis Vuitton is one of the world’s leading international fashion houses. It sells its products through independent boutiques, leasing departments in high-end department stores, and the e-commerce section of its website. For six consecutive years (2006–2012), Louis Vuitton was named the world’s most valuable luxury brand. Its valuation in 2012 was $25.9 billion. In 2013, the brand’s valuation was US$28.4 billion with revenue of US$9.4 billion. The company operates in 50 countries with more than 460 stores around the world. 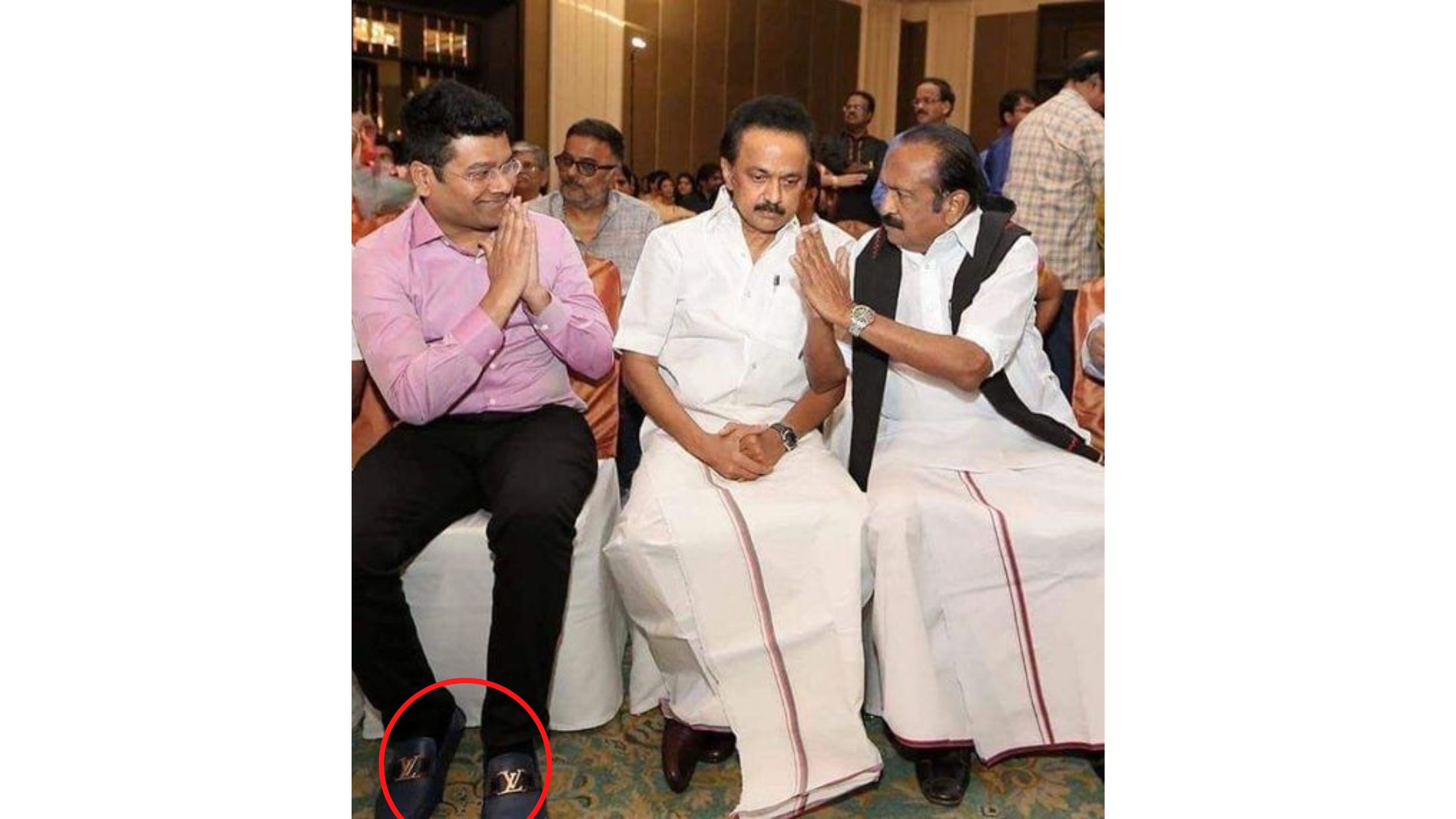 In December 2018, Sabarisan along with MK Stalin and Kanimozhi met the Gandhi family. In the picture, Sabarisan can be found wearing Gucci footwear that costs between ₹80,000 and ₹4 lakhs. 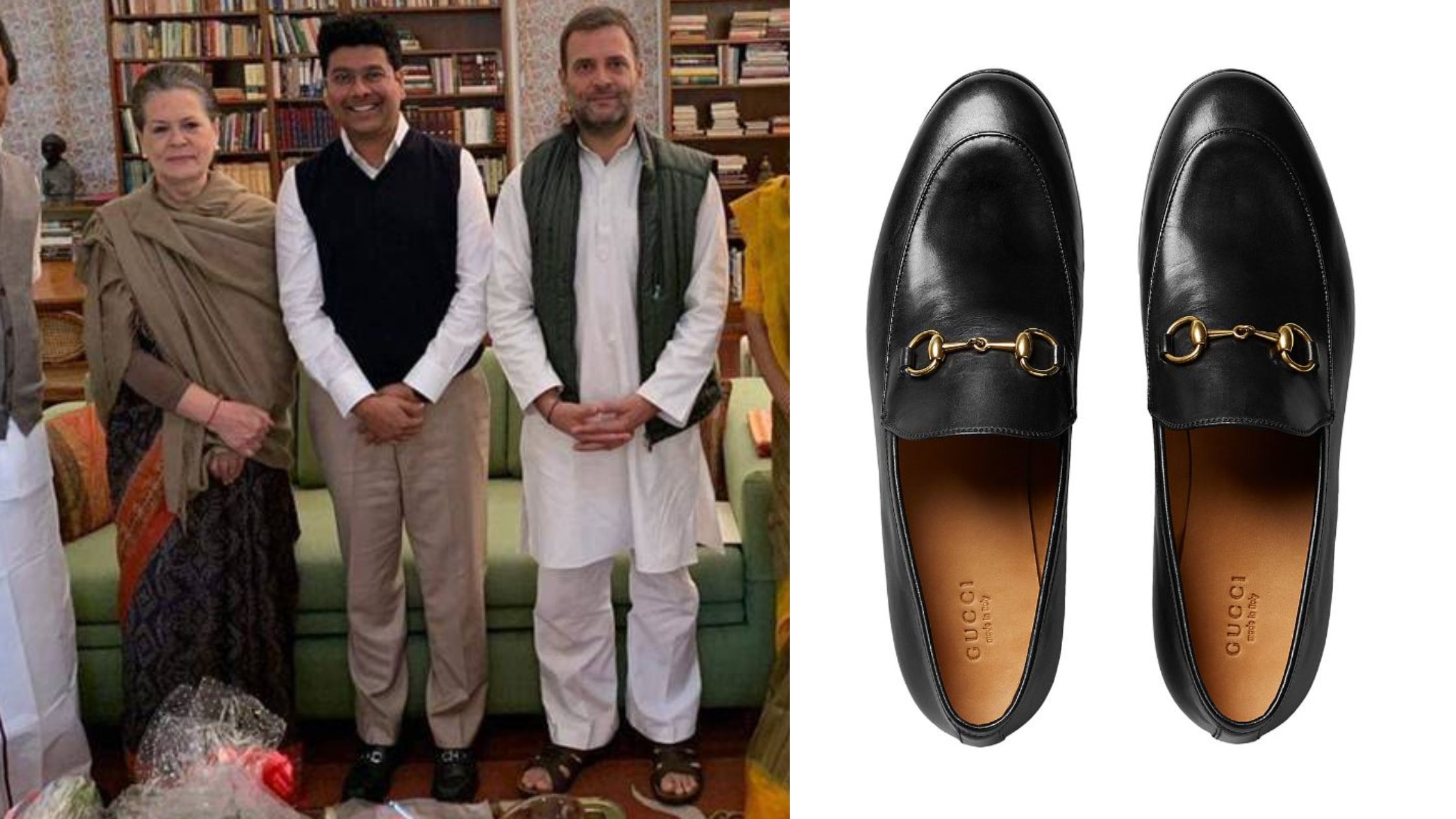 Sabareesan, who used to ride a bicycle, was seen wearing sportswear and Scott Sports brand bikes, which cost several lakhs. Based on a conservative estimate of the items used while cycling, Sabareesan was riding a bicycle valued at ₹5 lakhs and was wearing a helmet and jersey valued at ₹42,000 and ₹34,000 respectively. Scott Sports SA (formerly Scott USA) is a Swiss producer of bicycles, winter gear, motorsports equipment, and sportswear. The company’s main office is in Givisiez, Switzerland, with branches in Europe and in the United States, South Africa and India. 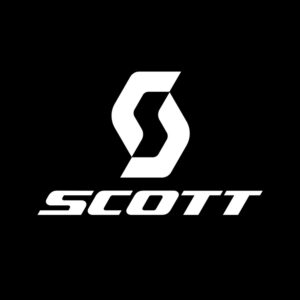 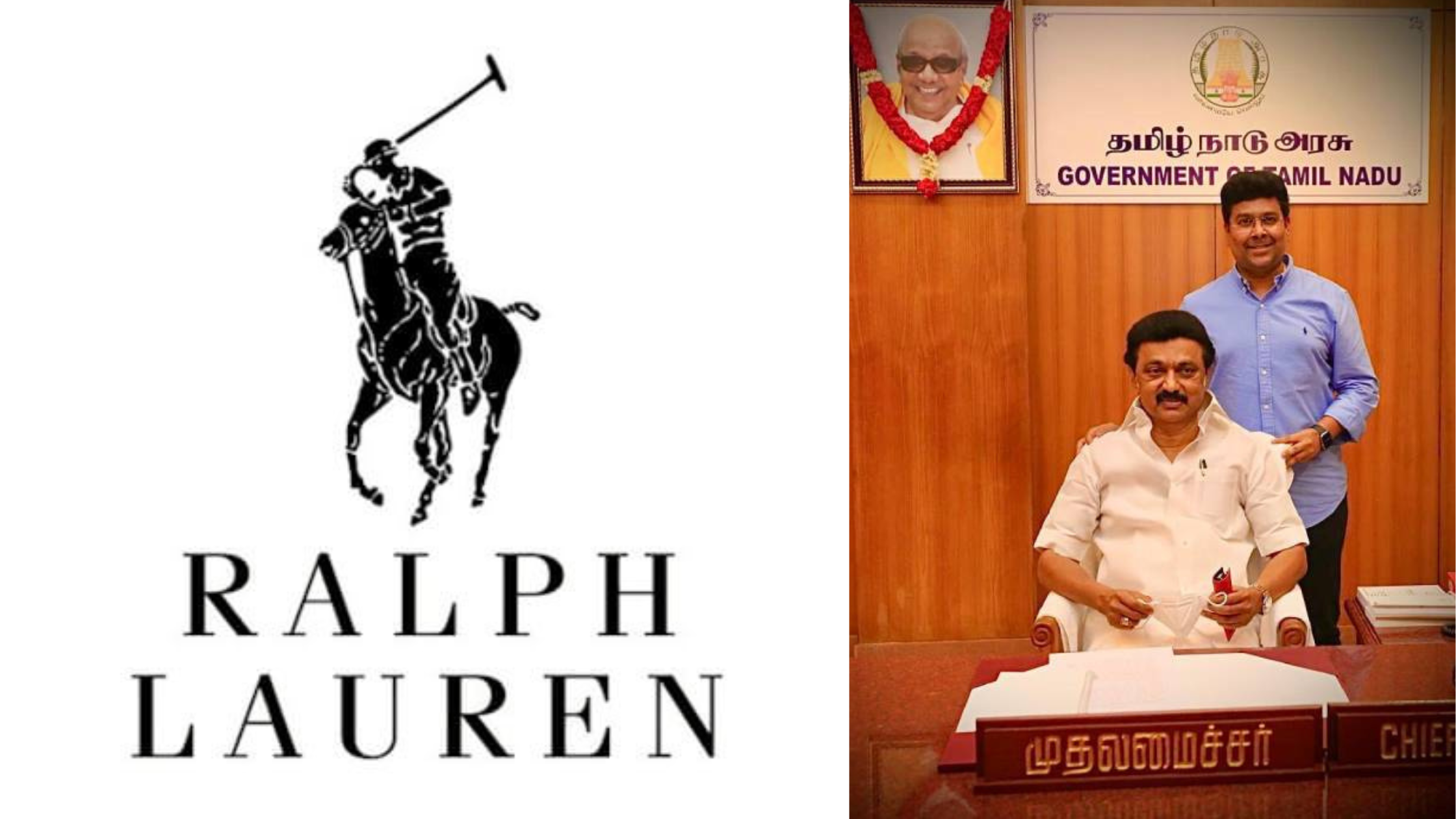 In one of the pictures, Sabarisan can be seen wearing a Burberry shirt that costs around Rs 34,000. 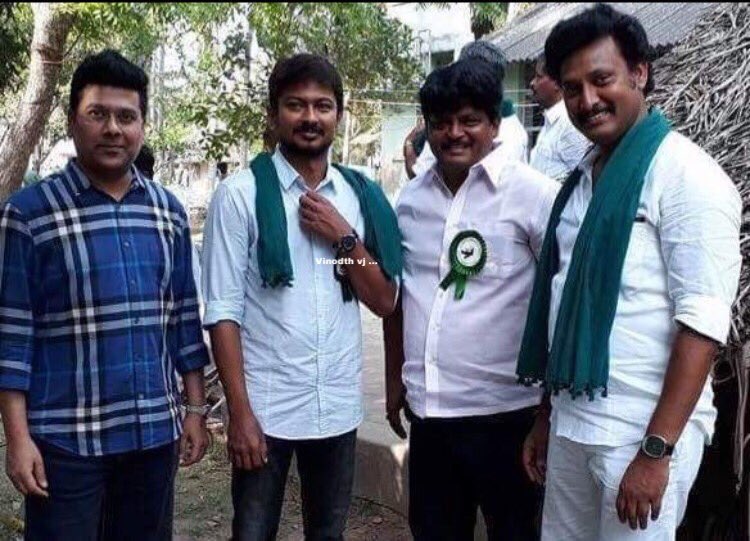 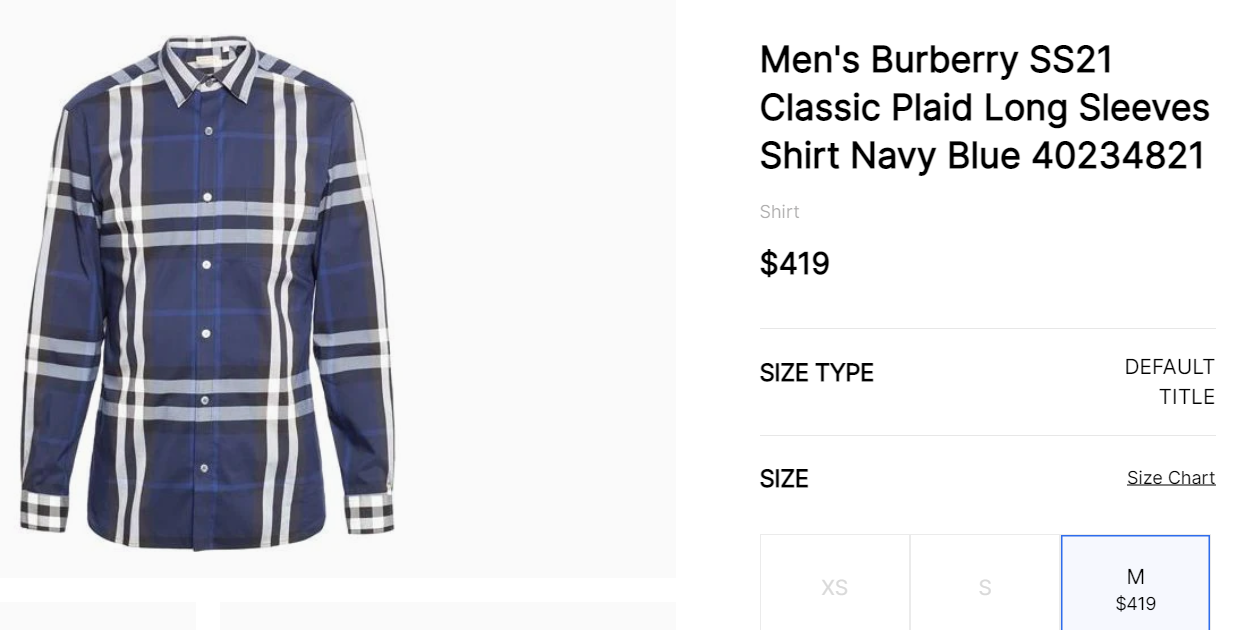 MK Stalin’s son-in-law doesn’t just flaunt his opulent possessions; His son Udhayanidhi Stalin, known for his car and watch collections, is no exception. It should be noted that in his mid-20s, Udhayanidhi Stalin bought a Hummer car worth more than 1 crore and was summoned by the CBI as he bought the car from an illegal car smuggler. They forced him to turn the car over to the CBI.

Following the uproar over Annamalai’s watch, BJP cadres began circulating pictures of Udhayanidhi with actress Keerthy Suresh, in which she was wearing a luxury watch. He was seen wearing a Panerai Submersible PAM watch, which costs approximately ₹15 lakhs.

If udhayanidhi Stalin can have a 14.5 lakh panerai watch with his father stating he doesn’t even have a car in the election affidavit, why are DMK slaves questioning a former ips officer who has a Rafael watch ? pic.twitter.com/WIm86MCW0F

Udhayanidhi Stalin handed over his illegally imported Hummer sport utility vehicle to the Central Bureau of Investigation (CBI) in May 2013. The investigating agency wanted to confiscate the alleged “illegally” imported vehicle. A Hummer car was imported in 2007 by Alex Joseph, a Hyderabad-based car importer, who allegedly later sold it to Udhayanidhi. From 2007 to 2011, Joseph is alleged to have imported high-priced cars from abroad to India by evading customs duties, counting the rich and powerful among his clients.

See also  Earning Disclosures of US Senate Candidates in Pennsylvania 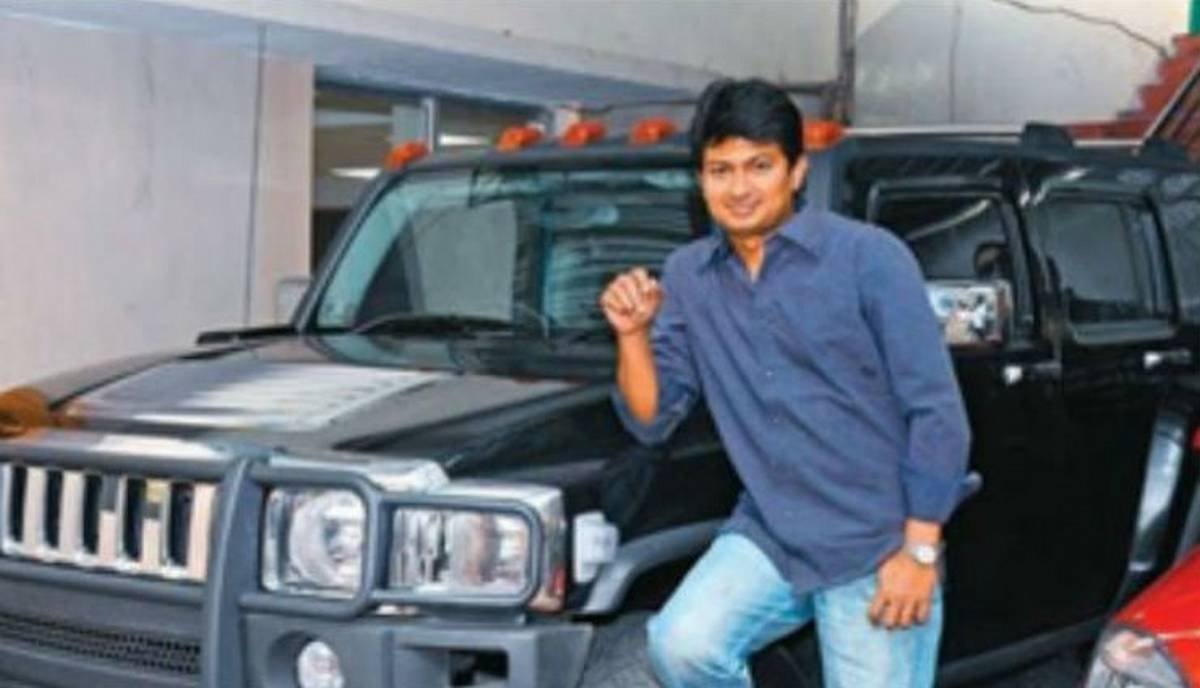 Udhayanidhi has a wide range of cars ranging in price from several lakhs to a few crores. It is worth noting that MK Stalin stated in his election affidavit that he does not own a car. MK Stalin, on the other hand, drives his son Udhayanidhi’s car.

MK Stalin, the Chief Minister of Tamil Nadu, rode a Daijo Pedeleze C2 Elite model bike, which costs around ₹85000. Pedaleze is an Indian electric bike brand that offers cutting-edge features and technology that make it even more desirable and worth the money. pain. investment. Before the 2021 assembly election, CM Stalin was riding a Merida Reacto bike that cost Rs 178,000.

Look at the price of a bike… If Corona comes and his man is starving, if you ask this old man what he needs, you are also a loser…😷😷 pic.twitter.com/phjjQdVON6

It is ironic that the DMK has the audacity to speak of austerity in public life when his first family lives a life of luxury.

Click here to subscribe to The Commune on Telegram and personally receive the best stories of the day.