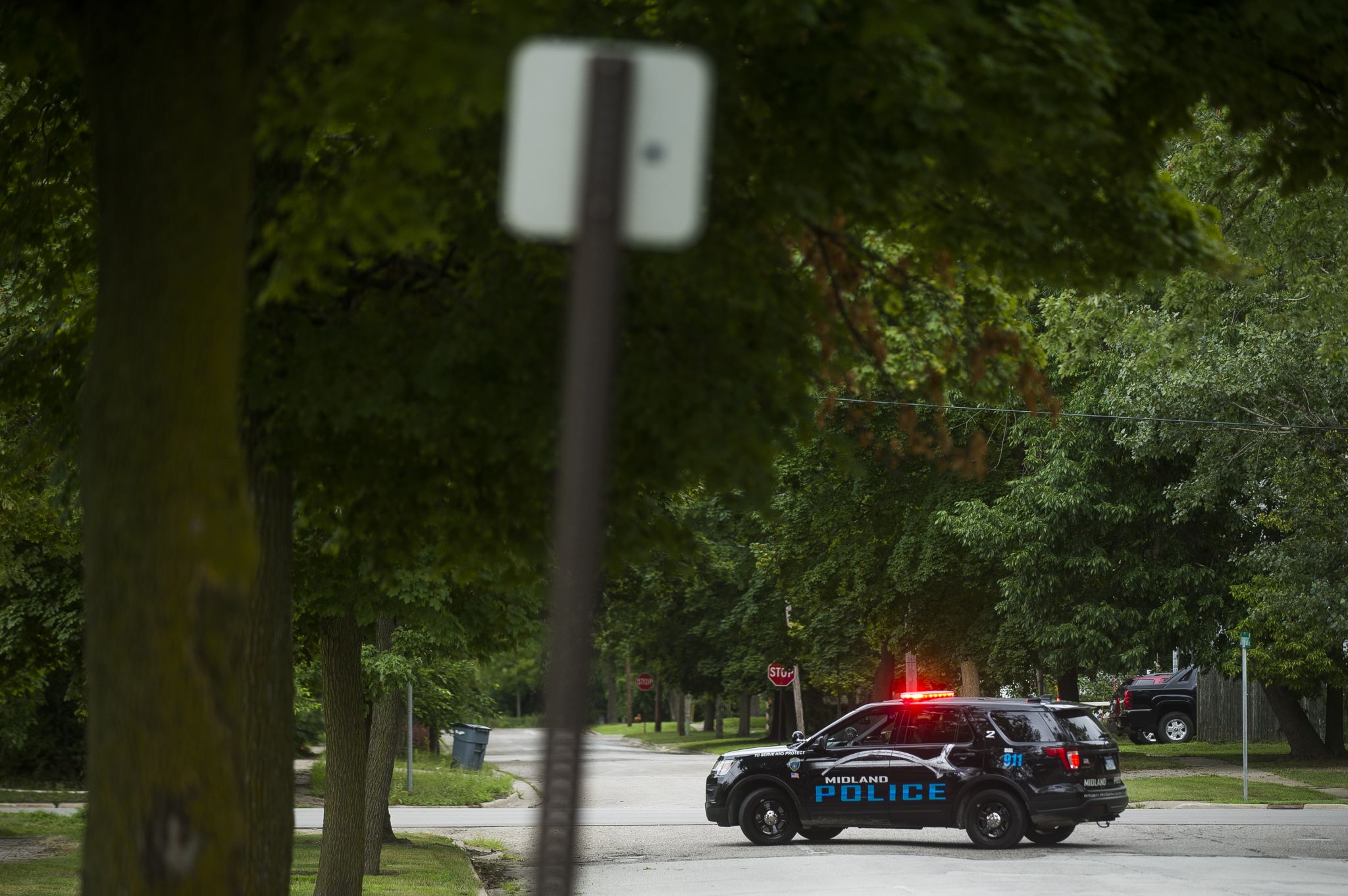 7:54 pm – Deputies were dispatched to a residence in Larkin Township in reference to a barking dog complaint. Agents were unable to contact the owners of the dogs at the residence. The dogs were safe on the property. The caller was referred to the township for further investigation of a violation of the township ordinance.

4:48 pm – A 33-year-old woman called with questions about a verbal argument with her 39-year-old fiancé.

3:43 pm – A 64-year-old Greendale Township woman called 911 to report a verbal argument between her and her 29-year-old roommate. The 29 year old left before our arrival. No aggression. The complainant reported that the 29-year-old has not paid her rent since November 2021 and she wants her to move. The eviction process and personal protection order were explained to the complainant.

2:49 pm – Black truck driver pumped $43 worth of gas into Coleman without paying and drives away. The clerk was unable to obtain any information from the license plate.

2:37 pm – Deputies and Michigan State Police were dispatched to a Mills Township residence by an 18-year-old woman who had a mental health issue. Deputies and MSP took the 18-year-old into protective custody and transported her to Mid-Michigan Medical Center for evaluation.

11:56 p.m. – An officer was dispatched to an Edenville Township residence for an unlawful estrangement car report. An officer spoke with a 24-year-old Midland woman who told him she lent her vehicle to a 26-year-old Homer Township man and he refused to return it. The woman requested assistance in recovering the vehicle and said that she did not wish to press criminal charges. The vehicle was located and returned to the woman.

11:53 p.m. – Police were called to Ivy Lane and Rapanos Drive on a fireworks complaint.

5:05 pm – Officers were dispatched to a Jerome Township location regarding a verbal argument between a 48-year-old man and his 44-year-old ex-wife. No aggression. Both parties left in separate vehicles and continued on their way. Both parties were told how to apply for a personal protection order.

3:20 pm – A 58-year-old man called to report hearing a noise upstairs in his barn. He thought maybe someone was in his barn. An officer searched the barn and found no evidence to suggest that anyone was ever inside his barn.

2:32 pm – Deputies searched a 31-year-old Lincoln Township man. His family was worried because of a heated argument earlier in the day that continued through text messages. The 31-year-old man got so frustrated that he sent a photo of a gun case. Deputies contacted all parties. The situation was calm and everyone explained that the situation was verbal and that there was no intention of causing harm. All parts remained separate during a cooling period.

12:01 am – Deputies have been dispatched to Warren Township regarding a 24-year-old man requesting assistance with his 18-year-old sister who was found walking in the road after leaving their residence due to an argument. Deputies spoke with the woman who agreed to be transported back to the residence by her 24-year-old brother. No additional assistance was requested from the Sheriff’s Office.

11:37 pm – An officer responded to an Edenville Township road for a report of a deer that was injured after being struck by a vehicle. The deputy located the deer and was eventually dispatched due to his injuries.

11:07 pm – A deputy responded to an Edenville Township neighborhood for a report of a disorderly woman. The complainant, a 42-year-old woman, requested that the other woman be given a search notice. The deputy located the 44-year-old woman and provided the search notice.

11:02 pm – Officers responded to Ingersoll Township for a traffic accident between a motorcycle and a deer. The 39-year-old male driver did not have a valid driver’s license or cycle endorsement. The motorcycle involved did not have current insurance. The man was transported by EMS for treatment. Citations were issued and a report was sent to the prosecutor for review.

9:29 pm – An officer spoke to a 32-year-old Jasper Township man about an issue with a neighbor. The man requested that the incident be documented and that no further action be taken.

7:43 pm – An officer spoke with a 61-year-old Midland woman and her 17-year-old daughter, referring to civilian questions about equestrian equipment. After the conversation, the two reported that they would pursue the matter in civil court.

4:02 pm – A 55-year-old man reported that an unknown person dumped a load of cut pine logs in his ditch. The man didn’t see anyone throw it away, he just found out.

2:44 pm – Deputies spoke to a 49-year-old driver who hit a mailbox while trying to make a turn. Agents and the driver were unable to locate the hit mailbox. Closed waiting for new calls.

12:53 pm Unknown subject pulling a boat trailer pumped $86 worth of gasoline into Edenville Township and left. The clerk wasn’t sure if the person used his card or not. A valid badge was not obtained.

1:55 pm – Deputies responded to a dispute between a 48-year-old man and his 44-year-old ex-wife. The woman was moving again and there was a dispute over the property. The deputies tried to mediate the situation. By the end of the call, the woman had loaded up her truck in hopes of moving to Tennessee.

11:50 am – Agents met with a 35-year-old woman about her breakup with her 42-year-old boyfriend. The woman said she called 911 because she didn’t think he was going to let her out of it, however she was able to take all of her belongings with her. She told deputies that she didn’t need any help.

11:15 am – Police are called to West Buttles and Ashman streets for a traffic violation.

9:40 am Deputies spoke with a 44-year-old woman with reference problems with her brother and girlfriend. The woman had concerns about drug use and threats. She was provided with the proper avenues to solve her problems.

8:32 am: An officer was dispatched to a Larkin Township location regarding loose horses. The horses were returned to their fenced yard before the deputy’s arrival. It is believed that part of the fence may have been torn down, but was easily corrected by the owner.

1:20 am – Agents assisted an outside agency in transporting a 21-year-old Lee Township man back to his residence from another jurisdiction. The agency transported the man to his residence without incident. No further assistance was requested from the Sheriff’s Office.

12:34 am – Deputies have been dispatched to Warren Township in reference to a report of a 36-year-old man who found a loose dog. Agents helped the man return the dog to his owners. No further assistance was requested from the Sheriff’s Office.

10:20 pm – Deputies were dispatched to a Jerome Township residence in reference to a domestic verbal dispute between a 56-year-old woman and her 56-year-old husband. The deputies spoke with both parties and were informed that the dispute was resolved before the arrival of the deputies. No further assistance was requested from the Sheriff’s Office.

4:36 pm – Officers spoke to a 47-year-old man who complained of his neighbor banging on the wall. Agents spoke with the 54-year-old woman who apologized for her grandchildren and said she would try to keep the noise down.

2:39 p.m.: Police were called to West Indian Street and Jerome Street for a property damage accident.

2:11 pm – A citizen found a backpack in a park in Homer Township. The backpack was later returned to the owner, a 26-year-old Midland City man.

1:43 pm A 43-year-old Lincoln Township man reported to the sheriff’s office that he believes he is being followed by a private investigator. The complainant observed the vehicle in Saginaw and later observed what he believed to be the same vehicle next to his home. The suspect vehicle and/or driver never initiated contact or moved aggressively. The complainant believes the unknown driver could be a private investigator because he is part of a workers’ compensation claim. A report for information has been completed.

12:38 pm – A 48-year-old woman was found unconscious in her home. The woman reported that she had a medical problem but that she was fine. She refused medical treatment. EMS responded and cleared up.

12:40 pm – Deputies spoke with a 19-year-old woman about a dispute over Edenville Township property. The woman was told the dispute would have to go through small claims court.

11:57 am Edenville Township Fire, EMS and a deputy were dispatched to a possible accident. A 59-year-old man was believed to be having a medical episode while he was driving. The man was able to pull the vehicle off the road and stop it. The man was treated at the scene and taken to the emergency room for further evaluation. The vehicle was released to the family, sustained no damage, and was towed to the owner’s residence.

10:28 am – Deputies responded to a referral from an Ingersoll Township residence that a 17-year-old male was messing around and damaging property. Agents spoke with the 49-year-old man’s guardian, who wants a damage report filed. Report to be sent to the prosecutor.

3:50 am – Agents are dispatched to a Lee Township location for a possible bobcat seen in the woods. Because the bobcat was in the woods and was a wild animal, no action was taken.

2:27 am: An officer was dispatched to a Warren Township location regarding two horses on the road, causing a traffic hazard. The deputy located the 31-year-old owner and the horses were returned safe and sound. The woman said that she would keep an eye on the situation, so that the horses do not get loose again.

1 a.m.: A 58-year-old Jerome Township woman was contacted by an officer who informed her that she was having problems with her internet at her residence. The deputy advised the woman to contact her internet provider for help.