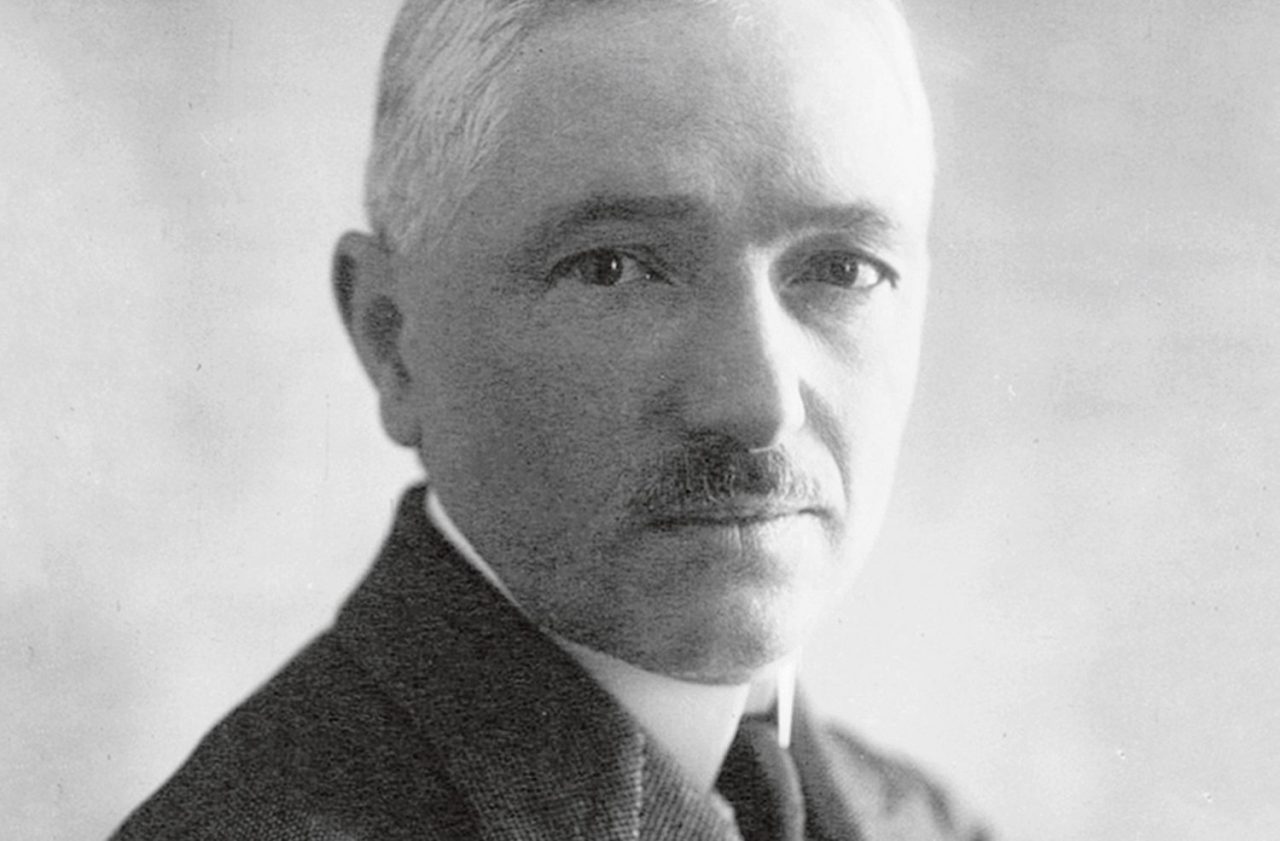 Somewhere at the Stade Bauer, they have a painting by Jules Rimet.

No one is really sure where they are right now. Home to third division club Red Star in northern Paris, the stadium is undergoing a near-complete rebuild and the grandstand where the box used to be was recently torn down. The storage of items during the process is a bit chaotic.

It feels appropriate to visit Red Star, the “other” club in Paris, on the way to the latest edition of Rimet’s other great invention.

Rimet was one of the founders of the Red Star back in 1897, some 73 years before Paris Saint-Germain, the club that now sucks all the football oxygen from the French capital. He and some like-minded contemporaries met in a cafe to found a club that would “work the body and feed the mind”.

It was there that the second of his great ideas arose, a world soccer tournament designed to pit the best teams against each other; a global jamboree that would theoretically represent the best of the game and conform, on a larger scale, to similar ideals to Red Star’s.

More than a century later, it is both fascinating and disconcerting to see how divergent their two visions are.

In Qatar, the 22nd edition of the World Cup is an inflated version of what was initially intended. Stained by corruption, built by workers held in a state of what some consider to be slavery, driven by money.

They are a genuine community club, one that has not achieved great amounts of success by traditional measures of trophies and medals. However, it could be argued that they have achieved a different kind of success.

PSG is the blockbuster. Red Star are the arthouse film’

“Our ambition is to never change,” David Bellion, the former Manchester United player who is now Red Star’s creative director, said earlier this year. “We want to be where nobody waits for us.”

They know they will never compete with PSG, so they consider themselves anti-PSG. It is an example of football counterprogramming. As one club employee said: “PSG is the blockbuster. Red Star is the arthouse film”.

Rimet’s wish, some 125 years ago, was to have a football club that would welcome everyone, from every imaginable background, rich or poor. He was one of the first examples of someone who recognized the power of the game and how it could be more than just 22 people kicking a ball around. He wanted to create a connection between football and culture, which he considered vectors of integration.

It was theoretically apolitical, but it was backed by socialist values, although it’s worth noting that the name “Red Star” wasn’t necessarily chosen for left-wing reasons.

No one really knows, but the most common theory is that the name comes from Red Star Line, the company that operated the ships used by Miss Jenny, the Rimet family’s English governess.

The latest way the club has tried to stick to Rimet’s ideals is the Red Star Lab, a project designed to expose the young players in its youth system to as many cultural experiences as possible. It’s an attempt to create more complete human beings, rather than just a football factory.

Since its launch in 2008, more than 800 children have benefited from the project.

They have made documentaries, taken photography courses, worked with architects, filmed street dances, and made their own T-shirts.

We hear a lot about the banlieues of Paris, the working-class suburbs that have produced an extraordinary number of top-tier players in recent decades, but obviously not everyone trying to play the game will be Kylian Mbappé. Most won’t make it, but Red Star aims to prepare those who don’t to the best of their ability for a life outside of football.

In one of the rooms of his new training center/office building, there are about a dozen photographs of young Red Stars at various cultural venues in Paris, including the Théâtre des Variétés and the Opéra Bastille.

The photos represent exactly what Red Star tries to do. They are also extremely wholesome, a selection of images to make you feel warm and fuzzy.

Red Star’s current jersey sponsors also fit in with all of this. Emblazoned on their green T-shirts is the LinkedOut logo, a response to LinkedIn’s relentless careerism and pseudo-motivational slogans.

The theory behind LinkedOut is to help people at the lower end of the economic spectrum, to connect those “deprived of any professional contact, often stigmatized and excluded from society at large” with employment opportunities. Candidates are matched with volunteers who help them find jobs. Again: healthy.

This year Red Star took a group of young people to London to commemorate their first game at the Stade Bauer, which was against Westminster FC in 1909. They were all given cameras, the results of which will form another art project.

Their fans, to say the least, were not happy: a match against FC Sète last season was abandoned due to protests from the stands, which resulted in smoke bombs being thrown onto the pitch. A sign was displayed reading “777: not welcome”.

In recent years, a section of his ultras boycotted the club after they temporarily moved from the Stade Bauer. Those fans have also opposed a partnership with Vicelifestyle magazine and website.

That association, combined with a strong sense of its own aesthetic, plus a constant stream of brand and commercial employees wandering around while we’re shown around the stadium, could easily lead to the conclusion that the club is trying to promote itself. kind of like a pseudo lifestyle brand with a soccer team attached to it. It’s hard to say, given that the man died in 1956, but we suspect he wasn’t part of Rimet’s vision either.

But what remains of that initial idea is a sense of community. At one end of the Stade Bauer there is a block of flats that overlooks the pitch directly and at the moment, thanks to the refurbishment works, there is not much between these floors and where the players do their thing.

An old woman looks out of a window. That’s Sylvie: she watches every game from her position and offers caustic “feedback” on Red Star’s performances.

It feels like another metaphor for how Red Star has retained something the World Cup lost a long time ago: a sense of immediate responsibility.

Ultimately, it may not make sense to compare a world soccer competition with a third division French club. But it’s worth remembering, as we watch the excesses in Doha, that perhaps things didn’t have to be this way. Jules Rimet’s two great ideas had their roots in the same thing, but now they inhabit different universes. DM168

This story first appeared in the athletic.

This story appeared in our weekly newspaper Daily Maverick 168, which is available nationwide for R25. 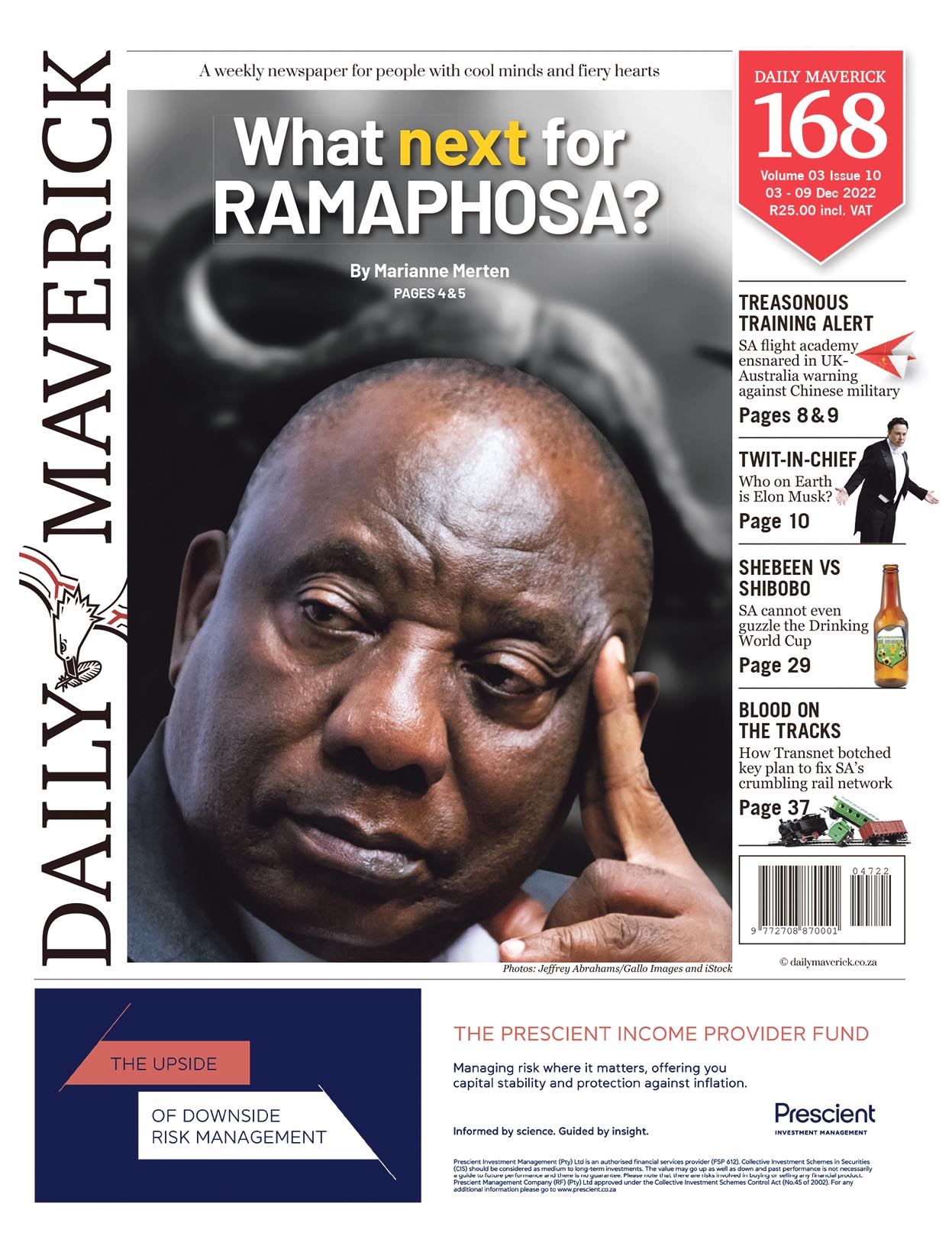