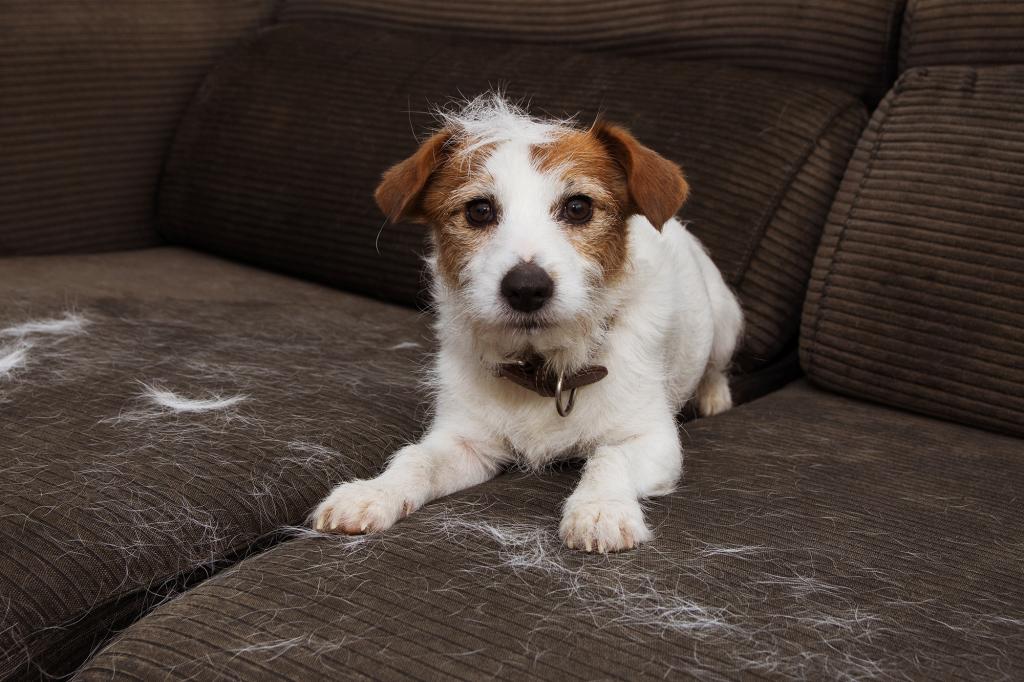 More than a third of devoted pet owners admit they weren’t prepared for the commitment and mess their furry friends would bring into the home.

But vet bills (27 percent), pooping (26 percent), and barking or meowing all night (19 percent) pale in comparison to the chaos caused by shedding (31 percent) of four-legged members of the family.

A survey of 2,000 dog and cat owners revealed that half are disgusted by the hair and mess their pets create in their home.

And 27 percent admitted to finding cat or dog hair in their food, while one in 10 have even found it on their toothbrush.

As a result, nearly a fifth went on to say they weren’t prepared for the hair and mess their furry friend would create.

It also emerged that 32 percent were left red-faced after guests got pet hair in their food, and 15 percent refused to invite people over to their home as a result.

Luke Harding, Electrolux UK & Ireland general manager for kitchen and appliance manufacturer AEG, which commissioned the research, said: “Pets are always a great addition to the home, but they come with a number of compromises.

“Whether it’s paying vet or insurance bills, ruining furniture, or moving clothes around the house, they can be a problem.

“But they can also give back so much more, and I think our research just shows that no matter how much hair or embarrassment your pet may cause, it’s still worth grafting.”

The study also found that 35 percent of pet owners wish their furry friends didn’t shed as much hair, and 28 percent felt they spent all their time cleaning the fur around the house.

See also  Are pets a gateway drug to parenthood?

In fact, the average owner estimates that they spend two hours and 18 minutes a week sweeping and vacuuming unsightly pet hair.

The couch, clothes, in your bed and even your mouth are some of the places that canine and feline hair frequently accumulate.

However, six in 10 believe they reached a point where they ‘accepted’ that their home would always be infested with dog or cat hair, and simply stopped caring, which took a year and eight months to get to this point. point.

It also emerged that 24 percent noticed pet hair less often in other people’s homes than in their own.

But 61 percent even question how their animal’s hair has managed to get to the most unusual places.

And 38 percent said that dogs are the biggest culprits when it comes to leaving hair around the house.

Despite the findings of the research, conducted through OnePoll, seven out of 10 would not dream of ditching their pet for a cleaner home.

Although 41 percent think they need to replace their broken or worn out vacuum cleaner to make their pet’s fur lighter in their home.

Luke Harding added: “Keeping on top of pet fur in your home can be tricky, especially when you can’t see it and it’s not until you find it on your clothes that you realize it’s there.

“But a decent vacuuming and cleaning program can make a big difference: tackle hair before it gets anywhere else.

This story originally appeared on Sun and was reproduced here with permission.