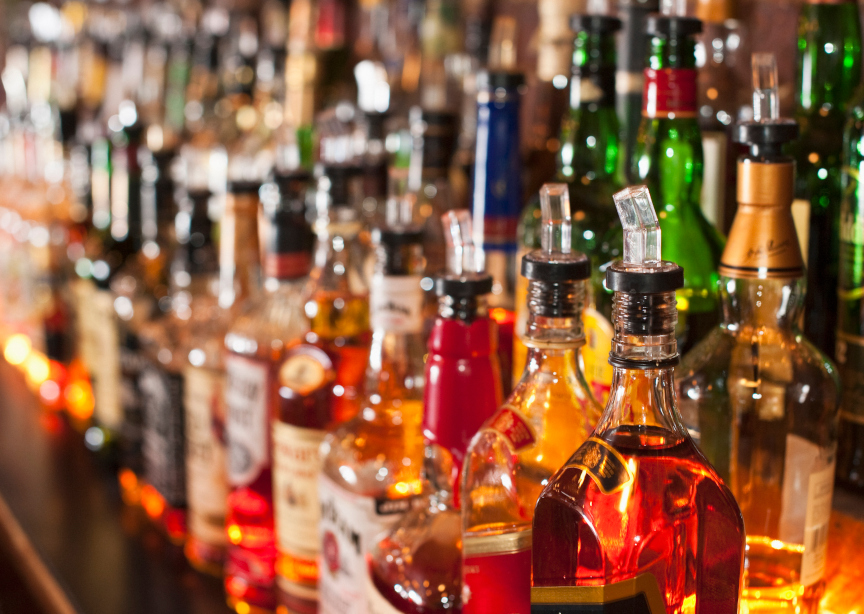 The State Liquor Authority is considering a major rule change that would save some independent restaurants and small liquor stores significant amounts of money and, from a consumer perspective, could improve the variety and selection of alcoholic beverages.

It also presents interesting potential for a political battle, because the two companies most opposed to the change, Southern Glazer’s distribution giants Wine & Spirits, the largest US distributor in the United States, with more than 5,000 brands, and Empire Merchants North, have been revealed to have the support of Gov. Kathy Hochul, whose campaign received $25,000 in contributions from Southern Glazer’s.

The issue now is what is known as split case fees. The way New York’s alcohol distribution system is set up, manufacturers typically sell to wholesalers, who then provide products to businesses that serve consumers, including bars, restaurants, and wine stores.

Wholesalers encourage larger purchases with volume discounts (for example, the price per case goes down if a retailer or restaurant buys three, five, or 10 cases instead of just one) and discourage smaller purchases by imposing additional charges if they don’t. minimums are reached.

Since 1969, the SLA has allowed distributors to add a fee if a customer doesn’t want a full case, recognizing that there is work involved in opening manufacturer-sealed cases and placing, say, four bottles of each of the three types. of wines or spirits to make a full case of 12 bottles.

Reasons for wanting to buy less than a full box vary. Sometimes it’s because a bar or restaurant doesn’t need to, or can’t afford, to buy a full case of a niche-only product that sells more slowly than big-name wines or spirits. And sometimes there just isn’t enough storage space for full boxes of everything a company wants to offer. The ability to purchase split cases means the potential for more choice for the consumer. If a restaurant or wine shop displaying Barolo can get assignments of four bottles from three wineries instead of a full case from one without paying an excessive split case fee, the customer’s options triple.

The last time the SLA regulation was changed, in 1980, distributors were limited to charging a fee of $1.98 per case for split cases. The official cap has not changed in the last four decades, but due to lack of compliance and other complicating factors, some dealers have dramatically increased their split case charges. According to local restaurateurs, retailers and Scott Wexler, executive director of the Empire State Restaurant & Tavern Association, split case fees can now reach $30 to $40 or more per case from Southern Glazer’s and Empire Merchants North. That’s an average of $2.50 to $3.33 per bottle above what a retailer would pay for a full case. I was told by a retailer that a wholesaler selling only spirits is up to $4 per bottle in split cases, but I have no confirmation of that anywhere else. Some smaller distributors representing low-production boutique wines and spirits charge as little as 66 cents per bottle to split cases, or even nothing.

A new SLA regulation introduced last week would cap split case fees at $7.39, or 62 cents per bottle. The savings for a company would be up to 85 percent.

“We estimate this would save some of our members at least $50 a week in split case fees,” said Wexler, who has been campaigning for a mandatory cap for years and has been in active negotiations with the SLA about it since 2019. .

“We recognize that there is additional labor involved in splitting a case, but it’s certainly not $3 a bottle,” Wexler said, “Most of what the wholesalers make of that is pure profit for the small retailers so they can discount prices to big retailers who are buying in large volumes.

Restaurants and liquor stores have to deal with the big boys to be able to offer popular brands. The general public can compare prices between liquor stores to get the best prices. But if restaurant customers order Tito’s vodka, and they do, to the tune of 10 million cases and $1.4 billion in annual revenue, the only source for a New York restaurant or liquor store is Southern. Same for Jack Daniel’s and Empire. Southern also has exclusive distribution of Gray Goose vodka, Bulleit bourbon, Malibu rum, Jameson whiskey and the Bacardi line. Empire’s portfolio includes Stolichnaya Vodka, Hennessy Cognac, Moet Champagne and Barefoot wines.

The proposed cap “would definitely make a big difference,” said Tess Collins, owner of McGeary’s Pub in downtown Albany, who has a great selection of mainstream products that come from the big distributors. Collins said, “We get hit with so many fees: a delivery fee, a (fuel) charge on top of that, split cases, $20 for not buying enough. It really adds up quickly.”

Restaurants that take a different approach can avoid Southern and Empire, except for a few items, which they buy in full batches or multi-boxes and stock until they run out.

“We only deal with the big two when absolutely necessary,” said Vic Christopher, owner of Clark House Hospitality in Troy. He exclusively uses boutique distributors who charge minimal or no split case fees for the small, eclectic selection at his retail store, 22 2nd St. Wine Co. That’s largely true of purchases from his Lucas Confectionery wine bar and Donna’s Italian Restaurant, Christopher said, though he must buy some Empire and Southern brands for his dive bar, called The Bradley, and The Tavern Bar, located above Donna’s.

“I sort them out the best I can,” said Patty Novo, owner of Taverna Novo in Saratoga Springs. She looks for discounts and bundle deals, buys from small dealers and makes select purchases when needed from industry giants.

Novo said he doubted the proposed SLA cap would offer him significant regular savings, given the nature of his wine and spirits list, but said: “Everything helps. If I can order six bottles instead of 12 and not be hit with a That’s definitely an improvement.”

The SLA formally published the change being considered in the New York State Register on Wednesday (see pages 43 to 45 in the PDF). The issue will be open for public comment until five days after the SLA’s public hearing on the matter, scheduled for Sept. 14, and the board is required by law to respond to comments. An agency spokesman said a vote on the proposal will be scheduled at the board’s discretion, likely during its Sept. 28 meeting.

This story originated from the Table Hopping email-only newsletter. The free newsletter is delivered every Thursday afternoon. Sign up at timesunion.com/newsletters/table-hopping.