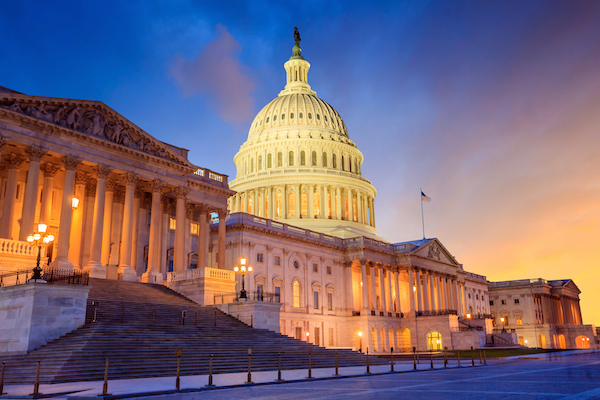 Earlier this year, Congress reauthorized the Violence Against Women Act with new provisions affecting due process on college campuses. (Shutterstock.com)

Although FIRE does not take a position on the vast majority of the new language in VAWA, some new provisions have broad implications for institutions of higher education because they directly impact due process on college campuses.

The VAWA reauthorization includes language that modifies sections of the original bill that provided competitive grants to institutions of higher education to combat campus sexual assault. One provisionthat modifies VAWA Section 41201(b), includes the following to describe the intended use of the grants:

If this new provision is interpreted to include judges, such training could instill bias in the disciplinary process, especially if judges are trained to evaluate testimony in a favorable way to one of the parties or to use the existence of trauma as a basis. surrogate evidence that an incident occurred.

Bias in the disciplinary process comes at a cost to all involved, including the complainant.

writing for him Harvard Law Review, Harvard Law School professor Janet Halley, for example, analyzed the bias present in Harvard Law School’s 2014 training materials on the effect of trauma while detailing the complexities of sexual assault on campus. She explained that the training provided to Harvard staff handling sexual harassment claims in 2014 “is 100% aimed at convincing them to believe the whistleblowers, precisely when they seem unreliable and inconsistent. Without discussing the importance of the ideas included in this section of the training, one may ask: exactly what do they prove? Surely it is not an assertion that, because a complainant appears inconsistent and unreliable, she has been robbed.”

Bias in the disciplinary process comes at a cost to all involved, including the complainant. As we have observedunfair procedures “damage the credibility of campus procedures and diminish public confidence in their results.”

“Protecting students from sexual misconduct does not require undermining the rights of the accused,” argue former ACLU Prez Nadine Strossen & FIRE’s Joe Cohn in @Newsweek.@usedgov You must defend your Title IX reforms and support free speech, due process.https://t.co/gNAni8VQKT

Without procedural fairness, the outcome of a proceeding is more likely to be overturned by the institution or a court, force the whistleblower to go through the process repeatedly.

Training and use of a “trauma-informed, victim-centered interview technique” would pose an even greater threat to impartiality if the Department of Education were to change course and amend Title IX regulations to again allow institutions use a single investigator model. in the Title IX disciplinary process. Under the single investigator model, a single individual investigates and adjudicates a claim. The current Title IX regulations, which were implemented by the Department of Education’s Office for Civil Rights in August 2020, explicitly provide that the decision maker “cannot be the same person as the Title IX Coordinator or the investigator(s).”

However, since the Department of Education has announced its plans to issue new Title IX regulations, FIRE will continue to monitor any changes in the regulatory requirements imposed on institutions of higher education that affect the due process protections afforded to students in the disciplinary process.