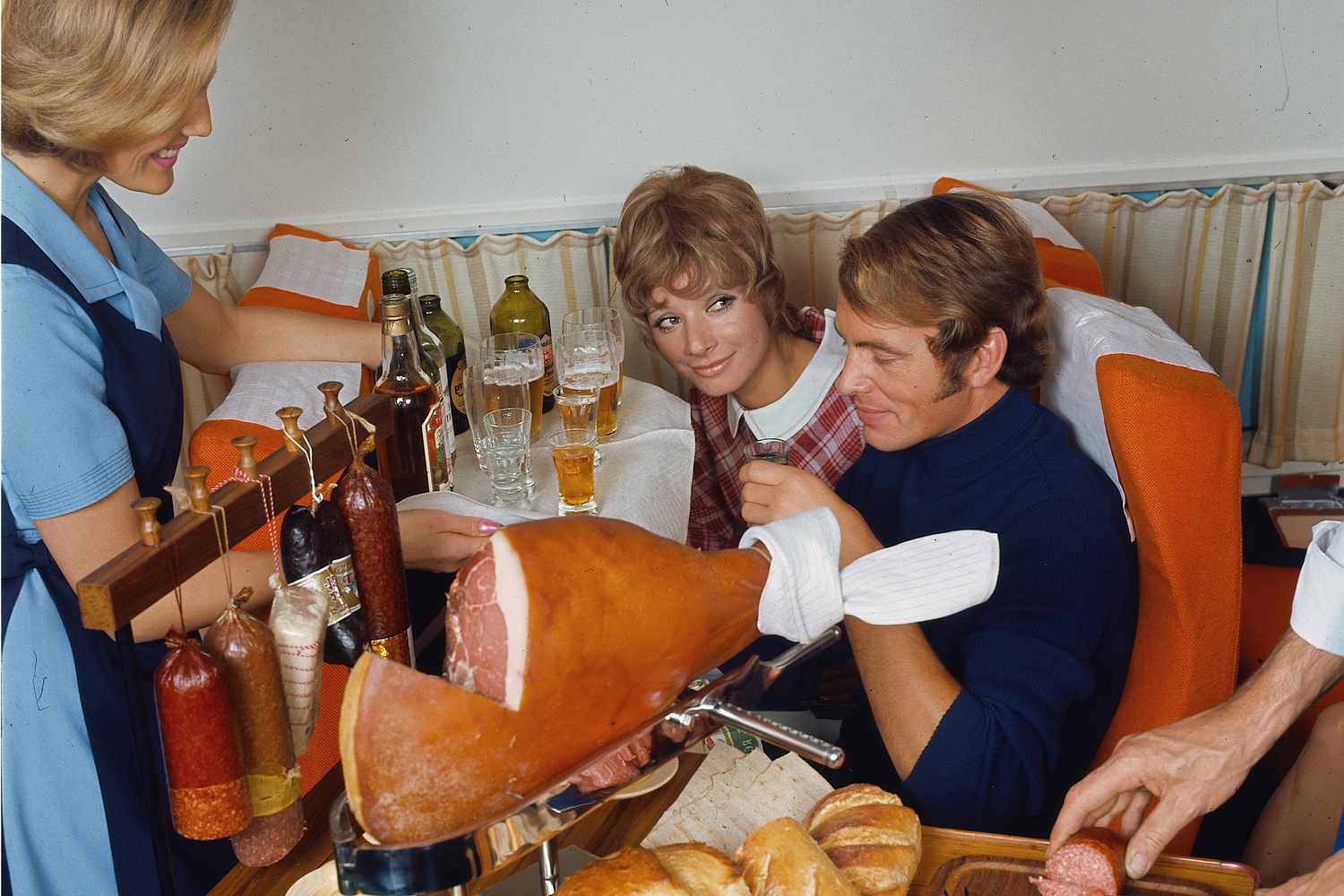 A new study confirms what we have reported before: The rich are different from you and me; they emit much more carbon. UK research shows where they emit it: much of it comes from flying.

The study it raises many questions about where we have been putting our efforts to reduce carbon emissions. While we’re busy telling people to take shorter showers and turn down the thermostat, the study finds that the rich drive excessive energy use, while poor people’s “contribution to total energy demand” is negligible.

The energy footprint chart says it all: the big yellow-green bar representing international flights by the top decile, or 10% of the UK population, is larger than total carbon emissions for up to sixth decile, or more than half of the population. . This is UK data, so domestic flights are small compared to international, but the impact of air travel would likely be similar in the US.

Josh Gabbatiss from Carbon Brief looked at the study And it’s blunt: “Car travel and flights by the wealthiest Britons, especially ‘rich middle-aged white men’, used more energy that year than 60% of the population combined.”

The study attempts to correlate a well-being score (WBS), a combination of mental and physical health, loneliness, financial security, and housing, with energy consumption, and finds that many people with high well-being scores, Living above the poverty line with adequate heating, they do not have massive carbon footprints, while a few are responsible for a disproportionate amount of energy demand. But being rich and flying doesn’t necessarily correlate with having a great well-being score. In other words, there are plenty of miserable rich people with high carbon footprints and happy middle-income people with reasonably low emissions.

So although we have often discussed the correlation of wealth with carbon, the study “addresses a gap in the footprint literature by going beyond the drivers and barriers of household footprints to examine the social outcomes of energy use, in terms of need satisfaction and well-being.” The study finds that it is possible to have high well-being with an energy footprint of around 100 gigajoules per year, although there are many low-well-being living in energy poverty who have a high energy footprint because they are spending all their money trying to stay warm. in houses with leaks.

The authors suggest a solution: “A comprehensive government response is needed, such as strong incentives for modernization. Pressure for change often comes from protest groups such as isolate britainwho fight for modernization programs that help reduce energy demand and improve the lives of the most vulnerable and often invisible groups.”

They also discuss transportation and point out that many people with low well-being are putting resources into car maintenance because there are no alternatives: “The dependence on cars to satisfy needs and wants is created and maintained by the political economy of car dependence.” . Many people with a high level of well-being drive much less because they live in walkable neighborhoods or have access to good public transportation.

Then there’s the matter of flying, which contributes more than half of the top 10%’s energy footprint, but has little correlation with high well-being. The authors complain about government subsidies to aviation and ask for levies on frequent flyers. According to the study: “However, the purpose of flying should be considered when designing interventions, as there is a difference between weekend shopping trips to Paris and trips to reconnect and care for family abroad.”

“So why do we keep developing infrastructure to fly? Why do we facilitate something that clearly does not contribute to the well-being of society, but is also destroying our climate?

The authors conclude that sustaining the 1.5 degree scenario requires significant changes in the way we travel, work and live, including reducing social inequalities. They ask for a Treehugger favorite: sufficiency—a lifestyle where one has high well-being without a giant energy footprint.

“Without policies aimed at sufficiency, we will not be able to mitigate the effects of our lifestyles. Living a sufficient lifestyle does not condemn us to ‘go back to the caves’. Our analysis suggests that more efficient energy services, such as the provision of public transport and home improvements, could substantially reduce energy demand without negatively affecting well-being outcomes. However, this will not be enough, interventions must also target high energy users. whose excess energy can undermine efforts to reduce energy consumption. Sufficiency can mean prosperity for all, but maintaining the status quo of unchecked energy-intensive lifestyles of a wealthy few can also be disastrous for all.”

The “go back to the caves” quote reminded me of one of our first publications discussing sufficiency, where I wrote: “We don’t all have to freeze in the dark in our long johns in small rooms. We need better insulation, so we don’t have to get used to lower temperatures and thermal underwear; maybe electric bikes for those of us.” who find it too difficult to cycle regularly. We have to change the way we live and the way we get around. It’s about sufficiency.”

Or as Samuel Alexander of the simplicity institute definite sufficiency:

“This would be a way of life based on modest material and energy needs but rich in other dimensions, a life of frugal abundance. It’s about creating an economy based on sufficiency, knowing how much is enough to live well and discovering that enough is enough.”

This latest study provided data showing that a high well-being and satisfaction lifestyle does not have to be a high carbon one. Instead, look for a sufficiency low-carbon lifestyle that doesn’t involve a lot of flying.