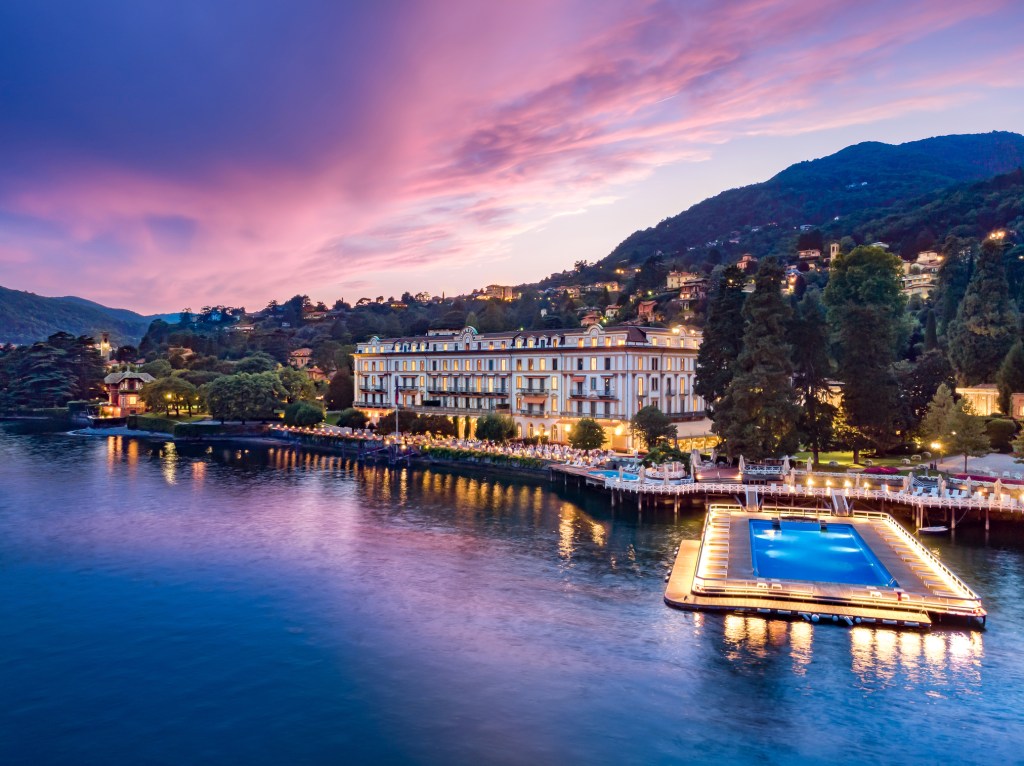 “Villa d’Este is not simply a destination to see on a bucket list; it is a place where guests return again and again.”

Building on this premise, newly appointed CEO Davide Bertilaccio has his work cut out for him as he carefully adds his personal touch to the five-star luxury hotel in Cernobbio, Italy, on Lake Como. Refurbishing the place is out of the question. question.

“There is a sense of belonging that makes the difference. Nobody wants me to change anything,” she says with a smile. This recommendation also recently came from a high-profile visitor: George Clooney, famous owner of Villa Oleandra in nearby Laglio.

“Guests feel at home, they have a routine, they appreciate our service, guaranteed by loyal employees who have been working at Villa d’Este for a long time,” says Bertilaccio, who joined the hotel last April. “Understanding what they like is the hard part of the job.”

Bertilaccio obviously has a sixth sense that allows him to do just that, having spent more than two decades in management roles working with Four Seasons Hotels, Rocco Forte Hotels, Armani Hotels, Starwood Group and Fairmont Hotels and Resorts around the world, from Beverly Hills, London and Paris to Dubai, Singapore and Sardinia.

Most recently, he served as Regional Vice President at Rosewood Hotels & Resorts and Managing Director of Rosewood Castiglion del Bosco, the Tuscan property first acquired by Massimo Ferragamo in 2003.

Bertilaccio took over as Villa d’Este marks its 150th season in business this year.

“There are so many beautifully renovated hotels around the world, but we want to maintain the charm, style and authenticity of Villa d’Este’s timeless elegance. It simply cannot be standardized,” explains Bertilaccio, who was selected by President Giuseppe Fontana. His family owns the Villa d’Este Group, which is part of The Leading Hotels of the World, and includes Villa La Massa, in Tuscany, and the Lakeside Palace Hotel and Hotel Barchetta Excelsior in Como.

Originally a 16th century building, Villa d’Este was converted into a hotel in 1873 and is surrounded by an impressive park that covers 10 hectares.

It offers 152 rooms and suites between the central Cardinal building and the Queen’s Pavilion, as well as 15 rooms in four 19th-century villas: Villa Cima on the lakefront; Villa Malakoff; Villa Garrovo, and the Mosaic House in the park. Each room is unique, decorated with antique furniture, paintings and prints, precious velvet or brocade curtains and spacious marble bathrooms.

Bertilaccio will now oversee the restoration of the nearby 27,000-square-foot Villa Belinzaghi dating from 1873 and transform it into another part of the hotel, surrounded by an 86,400-square-foot park.

There is a beauty center and a floating pool, but also an indoor pool at the Sporting Club, which offers a gym, a sauna, and tennis and squash courts, among other facilities. The Villa d’Este Golf Club extends between forests of chestnut, birch and pine trees, its 18-hole course is one of the most difficult “par 69” in Europe.

Over the years, the likes of Elizabeth Taylor, Robert De Niro and Al Pacino, not to mention numerous members of the aristocracy, sultans and high-ranking politicians, have been drawn to this unique destination, with beautiful views of the marina. “If a place has a soul, it stays alive forever” is a favorite motto here. After the pandemic, Americans are back in force and remain among the main nationalities in favor of the hotel.

Chef Michele Zambanini manages three restaurants: the more elegant Veranda and the more casual Grill and Il Platano. There is also the Bar Canova and the Sundeck.

“Our Italian products are our strength,” says Bertilaccio, who does not seek to expand the gastronomic offer with dishes from international cuisine. “How hard has it become to find well-made spaghetti with tomato sauce? Perfect yet simple and traditional recipes is what we want to stand for,” he says.

Sure enough, there was barely an empty table on the Veranda as the waiters bustled about without breaking a sweat, perfectly dressed in tailored suits, despite the July heat wave. This is yet another example of the hotel’s style, also embodied by Bertilaccio himself, who wears a blue business suit over a starched shirt and classic striped tie, with not a hair out of place. His manner, however, is friendly and anything but aloof.

Bertilaccio has also been busy with Villa d’Este’s calendar of events, from the prestigious Concorso d’Eleganza vintage car show, to the 4th of July and Bastille Day celebrations, complete with fireworks over the lake.

The executive also plans to extend Villa d’Este’s opening dates in the winter season, including Christmas and New Year’s Eve, to make it a year-round destination.