get complete details of Three thoughts on opening night 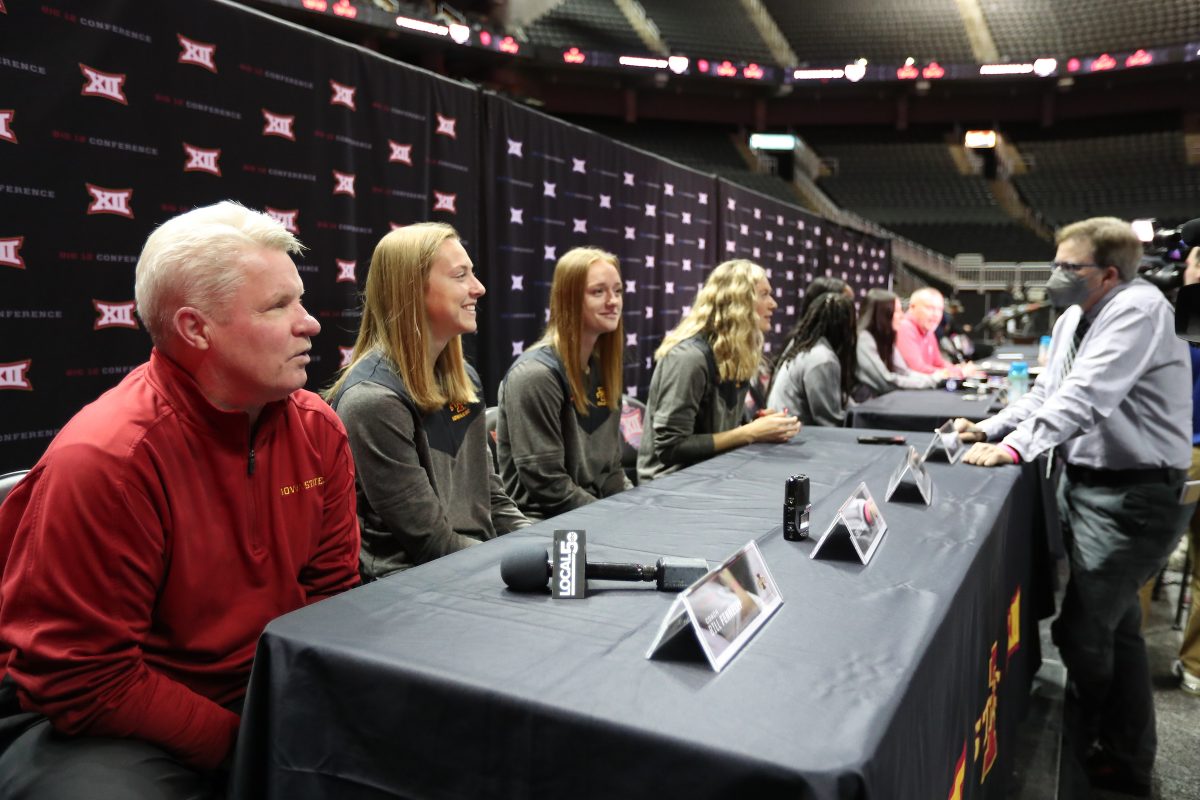 Monday was opening night for the Big 12 and women’s college basketball. Here are three thoughts on how the Big 12 fared on the night.

Don’t forget: our Big 12 Women’s Advance It features the schedule, results, and other tidbits to keep track of throughout the week.

I think Iowa State Center Stephanie Soares is the most intriguing new player in the Big 12. She is making a significant transition from NAIA basketball, where she was a two-time national player of the year and averaged a double-double, to Division I basketball. She is also making it with a Top 10 team and the Iowa State Cyclones.

When I spoke with trainer Bill Fennelly at the Big 12 press day, he acknowledged that moving up in competition will be Soares’ biggest hurdle. The talent is there, he told me. He also said that he has been telling everyone to judge Soares by where he is in March, when ISU really needs her — and not in November.

But heck, she set an early bar against Cleveland State, an 87-54 victory for the Cyclones. She had a double-double: 15 points and 14 rebounds. She also had three assists, four steals and four blocks. The 6-foot-6 center also showed off the shooting range with a 3-pointer.

This is still Ashley Joens’ team, of course, and she filled it out: 28 points, 11 rebounds and five assists. Fennelly’s hope is that Soares can rebound and defend at a high enough level to take some pressure off Joens in those areas so the fifth-year senior can score a little more and be a little less of a rebounder.

It could make a difference in March.

Also in Kansas City, I spoke with Jennie Baranczyk, Oklahoma coach about the Sooners’ defense from a year ago. I asked him if the six-point difference between his team’s points per game (82.6) and their opponents’ points per game (76.9) was a product of the way they play offense or the need to improve in defending.

Well, welcome to a bit of both. The Sooners scored 105 points against Oral Roberts, but also gave up 94. That probably doesn’t sit well with Baranczyk.

ORU is a good team. But the Sooners are much better, and giving up 94 points in the season opener isn’t the start Baranczyk hoped for.

Now, the Sooners don’t need to become a Texas-style lockdown defense. But if they can put up a scoring differential that’s double last year’s six points, it would indicate their defense has improved. That certainly can still happen. But I think takeout is that there is more work to be done.

Meanwhile, Taylor Robertson continued his pursuit of the NCAA record 3-pointer, draining three more. Meanwhile, Ana Llanusa is back in the starting lineup after missing most of last season through injury and scored 13. She didn’t expect her to be a starter, really. She played 22 minutes. Madi Williams led with 19 points and Skyler Vann came off the bench with 18 points.

So, there are no offensive problems, obviously.

Five different players were in double figures, most notably forward Lior Garzón, who came off the bench to lead them with 19 points. The Villanova signing made that impact in 23 minutes. He also made five triples.

Hoyt has to like what he got from a couple of holdover players, Taylen Collins and Lexy Keys. Collins had a double-double: 10 points and 12 rebounds. Keys had 13 points, along with three 3-pointers.

It’s going to take a while to see where this team goes. When I spoke with Hoyt in Kansas City, she has a clear direction of where she wants to go, and she starts with a tough defense. Keeping UTRGV at 63 points is a very good start.

Notably, another holdover, striker Kassidy De Lapp, did not play for undisclosed reasons, according to the tulsa world. Hoyt described her as “day to day” at this point. De Lapp praised the changes Hoyt had made to the show during the media day interviews.