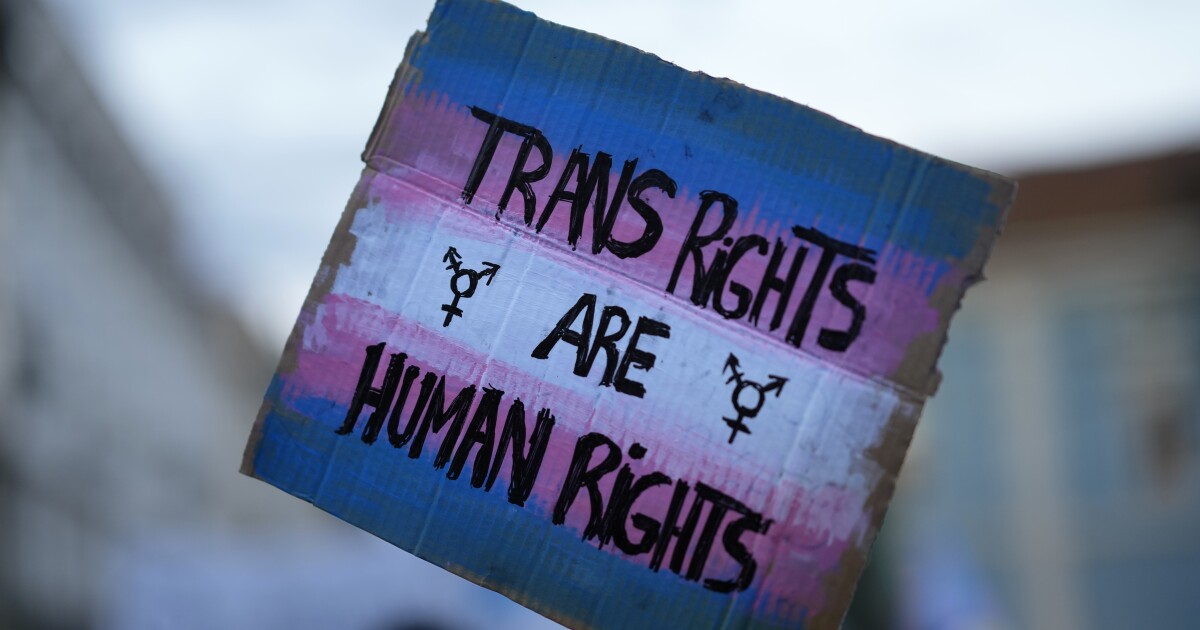 Transgender Remembrance Day, observed on November 20, is a day to commemorate transgender, non-binary, and gender non-conforming people who have been killed as a result of transphobia. In 2021, 50 deaths were associated with transphobic acts of violence across the country. And this year 32 deaths have been reported.

According to data from the williams institute, more than 1.6 million Americans ages 13 and older identify as transgender. In Florida alone, there are more than 110,000 transgender people.

“Northwest Florida has a massive concentration of LGBTQ people, especially transgender people,” said Devin Cole, president of Strive, a Pensacola-based advocacy group that addresses the needs of transgender people. “Over the years, I’ve met hundreds of trans people who are either out, or not, or have chosen to live a life where they transition but aren’t really interested in being public about it. In an area with such a high population of transgender people, there will also be a lot of backlash.”

“This area has a high concentration of trans people who are disenfranchised,” Cole said. “You can say this for all of Florida in this current state of affairs where kids are not allowed to hear about transgender people in public schools. It is absolutely vital for us to be here, at this moment, to defend ourselves.”

Disenfranchisement of trans people can have serious and sometimes deadly results. Data indicates that 82% of transgender people have considered suicide, while 40% have attempted suicide.

“When we live in an era where the Florida political scene is trying to push us all into conversion therapy and forced detransition, our survival is the most important thing that needs to be ensured right now,” Cole said.

The survival of transgender people in the community depends in part on access to trans affirming services. mental health and support resources, which have grown locally in recent years. Acceptance, understanding and education are also relevant for the survival of trans people.

“The mental health crises that many transgender people face are a direct result of this oppression of trans people,” Cole said. “When you take away someone’s right to health care, safe housing or hormone replacement therapy, it definitely increases mental health problems. So it becomes cannon fodder for right-wing reactionaries to say ‘look at all these mental patients, they obviously need to be fixed,’ but they are the ones causing this despair and anguish in our community.”

Homelessness among transgender, non-binary, and gender non-conforming people is also a national problem. while small data is available on the number of transgender people experiencing homelessness, trans people are more likely to be homeless than their cisgender peers. Homeless people also have far more health and safety concerns than people who have access to housing or shelter.

See also  How will the reversal of Roe v. Wade to LGBTQ rights? Experts, advocates say

“The reason these numbers are not being reported is due to the fact that in this area there are no trans-friendly shelters that are open,” Cole said.

Many homeless transgender people seeking refuge locally must transition or come back in the closet before being admitted. Others may choose to live in camps to avoid the transition.

In response to this, Strive created an emergency housing program where LGBTQ+ allies can open their homes to homeless transgender, nonbinary, or gender nonconforming people. The organization is also raising money to open an LGBTQ+ homeless shelter.

Local homeless advocate Michael Kimberl, co-founder and director of Sean’s Outpost and director of the Alfred-Washburn Center, says that about 3% to 5% of the homeless people she works with are transgender, non-binary, or gender non-conforming. He added that these organizations work with people from all walks of life.

“We view the LGBTQIA community as one of the most vulnerable in our community, so we prioritize them,” Kimberl said. “When they come to us, we recognize the level of vulnerability they are at.”

State anti-trans and anti-LGBTQ bills, such as the Parental Rights in Education Bill or the transition from state to limit gender affirming attention, have been greeted with a wide range of emotions from the local LGBTQ+ community. As a result, some LGBTQ+ people, including transgender people, are seeking to leave the state.

“That’s one of the ultimate goals of the people who are trying to do this, to make Florida this puritanical hellhole,” Cole said. “For the people who remain here, like me, there are mixed emotions.”

Bills like this also have detrimental effects for transgender youth. Many trans children fear for their safety in public schools and beyond.

“We try to let them know they have a way out with us, and if they need help with advocates, we try to make sure they know we have their back,” said Indigo Lett, secretary and social media coordinator. in Strive. “The reaction to these bills has been fear because they are unprotected.”

One of the many struggles of transgender, non-binary, and gender non-conforming people is that they are often discouraged from being authentic versions of themselves, which can have adverse effects on mental health. While schools and shelters in the area aren’t always trans-affirming, employment opportunities can also keep trans people from being themselves.

“You’re afraid of coming out at work because you don’t know how your boss is going to take it,” Lett said. “With clients, you just can’t predict, but at least with your coworkers and boss you hope you can have some solidarity.”

Lett, who is a transgender woman, added that her struggles are often similar to those of cisgender women. One of these struggles is that of women’s safety.

“You’re still a little scared, especially with me being more on the feminine side, similar things to how cis women feel when you’re alone,” she said. “I usually go with friends to places so I’m not alone.”

Lett and other trans community activists see Transgender Day of Remembrance as the past, present and future of transgender and LGBTQ+ rights and acceptance. They also see it as a somber occasion to remember the victims of transphobia.

“We want to take that and return it to its roots in resistance where we do remember the trans people who were killed every year, we mourn them and we remember them, but we also celebrate their lives, because we don’t want them to be seen as just another statistic or a faceless body,” Cole said. “They were people with goals and dreams.”

In observance of Transgender Day of Remembrance, the Unitarian Universalist Church of Pensacola will hold a candlelight memorial service this Sunday at 10:00 am. Designation of the Host Congregation, which means that people of all gender identities and sexual orientations are welcome. The church has several trans people within its congregation.

“We believe it is very important for our congregation to provide them with a safe, welcoming, caring and tolerant community,” said Laura Keith King, president of the board of directors of the Unitarian Universalist Church of Pensacola. “That’s not what they always deal with.”

The memorial service this Sunday will be led by Crys Brockway, a member of the church who is part of the LGTBQ+ community. Church members believe that no one should die for wanting to live an authentic life.

“We are all human beings,” said Heather Cobb, a member of the church who helped create the Sunday service. “We don’t necessarily all look alike or have the same opinions about everything, but in essence, we are all people. We should all act like we belong here, we’re all on this planet together.”

Strive will also host its annual Transgender Celebration of Life event this Sunday at 7 pm at the Pensacola Opera Center. The event will remember, mourn and celebrate the lives of transgender people who have been lost in 2022. A transgender dance party will follow. Anyone who is LGBTQ+ or an ally can attend.

“Ultimately, the end goal is that we no longer want to have to recognize Transgender Remembrance Day, because ideally, no trans person should be killed,” Cole said. “The ultimate goal of Transgender Day of Remembrance should be that it no longer exists. Along the same lines, the ultimate goal of Strive is to cease to exist, because if Strive no longer exists, the goals, needs and survival of trans people are guaranteed. Until that time comes, here we are.”

In keeping with Transgender Day of Remembrance, Strive is working to raise $3,000 to help transgender people in our area. These funds will go to transgender people who need help paying for food, utilities, name changes, hormone replacement therapy, or anything else that ensures the survival of trans people. To donate, click here.

“I think one of the biggest factors is understanding,” Kimberl said. “Humans like fear and hate what they don’t understand, so not understanding where a child is coming from with these strange new terms that TV tells us to be afraid of can turn families away. to their loved ones.”

“Understanding is where we begin to learn acceptance.”