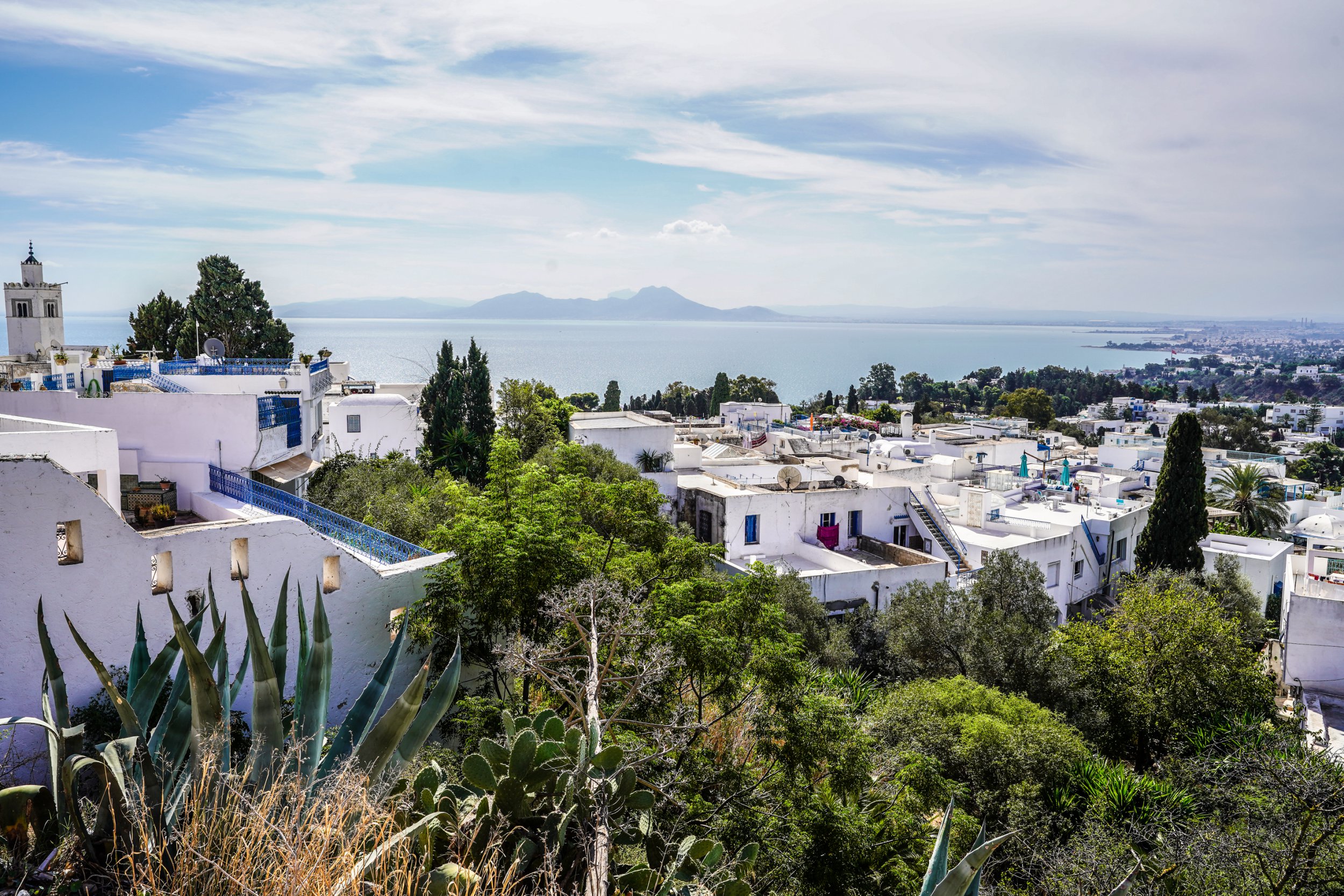 “The Medina is a labyrinth. That is the first thing to know about Tunisia,” said Hassen Hammi, my guide through the busy streets of the Tunisian capital old town. “You cannot move without knowing your path, or without knowing someone who knows their path.”

Hammi, a specialist in Tunisian archeology and architecture, knows the twists, turns, dead ends and shortcuts well. He paused to comment on the octagonal design of the Youssef Dey Mosque’s Ottoman-era minaret as the call to prayer echoed off the stone walls, before leading me through the souks selling traditional Chechia hats alongside football jerseys. of the Premier League.

A blur of voices greeted us in Arabic and then haggled in French under 17th-century Ottoman arches, speaking of centuries of conquest and colonialism as we weaved past spice stalls and claustrophobic crowds. Hammi’s history lessons escaped me as the enticing aroma of freshly ground coffee mingled with shisha smoke as we emerged from the gloom onto a bright street lined with bougainvillea and sidewalk cafes.

The number of British visitors to Tunisia fell sharply after the 2015 terrorist attack on the resort of Sousse (from 430,000 to 30,000 in 2017), but the recovery was strong, until Covid. Tunisia has taken longer to reopen than some competitors but is aiming to increase arrivals by 50 per cent next year.

Its appeal has not diminished. Tunisia has the history and the cuisine, ruins to rival Rome and pastries to rival Paris, and warm winter weather.

Founded in AD 698 by the Umayyad Caliphate after the Muslim conquest of North Africa, the UNESCO World Heritage Site Medina has long been the historic heart of the capital. Home to more than 700 registered historical monuments, it is just one of the many reasons to visit Tunisia.

“I always give five reasons to visit Tunisia. Always the same five,” says Moncef Battikh, head of promotions at the Tunisian National Tourist Office in London. “Proximity, history, genuine smiles (not commercials!), movie sets and of course, we are number one in the world in thalassotherapy.”

Apart from thalassotherapy (a peculiar form of seawater therapy), at the end of a week-long trip to Tunisia, I was in firm agreement. Proximity wise, flights from London to Tunis take three hours, and within 30 minutes of landing, you can get lost in the souks and mosques of the medina or explore the ruins of Carthage.

Half an hour north of Tunis, Carthage is a historical landmark. Founded by Phoenician sailors in the 9th century BC. C., Carthage was the fiercest rival of Rome. It was destroyed in the 2nd century BC. C. and later rebuilt on an even larger scale by the Roman conquerors.

The ruins are Ozymandian in scale, and I spent a morning marveling at the mosaics and exploring the excavated remains of Roman villas, the crumbling marble columns of the second-largest bathhouse in the Roman world, and the faded stone foundations of an amphitheater. It once held 30,000 people. public.

Another half hour drive north of Carthage brought me to Sidi Bou Said. “You have to paint your house blue and white, by government order,” Hammi had told me as we walked among the brilliant blue and white architecture that characterizes this clifftop city overlooking the Mediterranean Sea.

Named after a local 12th-century Islamic scholar, Sidi Bou Said became a haunt of artists, musicians, and philosophers during the French colonial period of the late 19th and early 20th centuries.

That’s when the color scheme evolved, and maintaining it now is an act of conservation. “The locals call it the original Santorini,” added Hammi, as we watched from the top of the cliff. “It’s fashionable here, but the fishermen are long gone. They can’t afford to live here.”

Head south through the Atlas Mountains that separate Tunisia from the Mediterranean before reaching the resorts of Sousse. I traveled locally, taking a cheap louage (a shared minibus, costing around £3 for the two and a half hour journey), south for a few sunny autumn days on the beach.

“The amphitheater in Carthage cannot be compared to El Jem,” Hammi had told me authoritatively when he showed me the Roman ruins in Carthage.

Even with a week’s all-inclusive accommodation costing as little as £150 – cheaper than most UK rentals – the beach in Sousse couldn’t keep me for long, the antique charm proving too much. strong.

I took the train (imset) south to El Jem, a journey of about 90 minutes (for £2.50 return), where I saw a Roman amphitheater the scale of which is matched only by the colosseum in rome. Dating back to the 3rd century AD, El Jem could hold 35,000 spectators, less than Rome’s 50,000, but today without queues.

A magnet for gourmets

Along the coast, you arrive at the port city of Sfax and Djerba, a Mediterranean island that is home to the last Jewish community in Tunisia, dating back 2,500 years. Venture west to the the sahara desertand you will not only find Berber culture but Star Wars movie sets remains of a gunfight in the 1970s.

Back in Tunis, at the Dar Ben Gacem, a 17th-century courtyard hotel in the medina, I was enthusiastically informed that Jamie Oliver he had been filming with the hotel chefs only a few weeks earlier.

On my last day in Tunis, I walked through the medina, visiting the Al Zaytuna Mosque, where Islamic scholars have graduated for over a millennium, and seeking out the best dishes and spices, including makloub (a folded street food-style pizza). , couscous , harissa and shakshuka.

“Now, the Medina will not be a labyrinth,” Hammi had told me when we parted ways. “A maze is when you don’t know whether to turn left or right. Now you know.