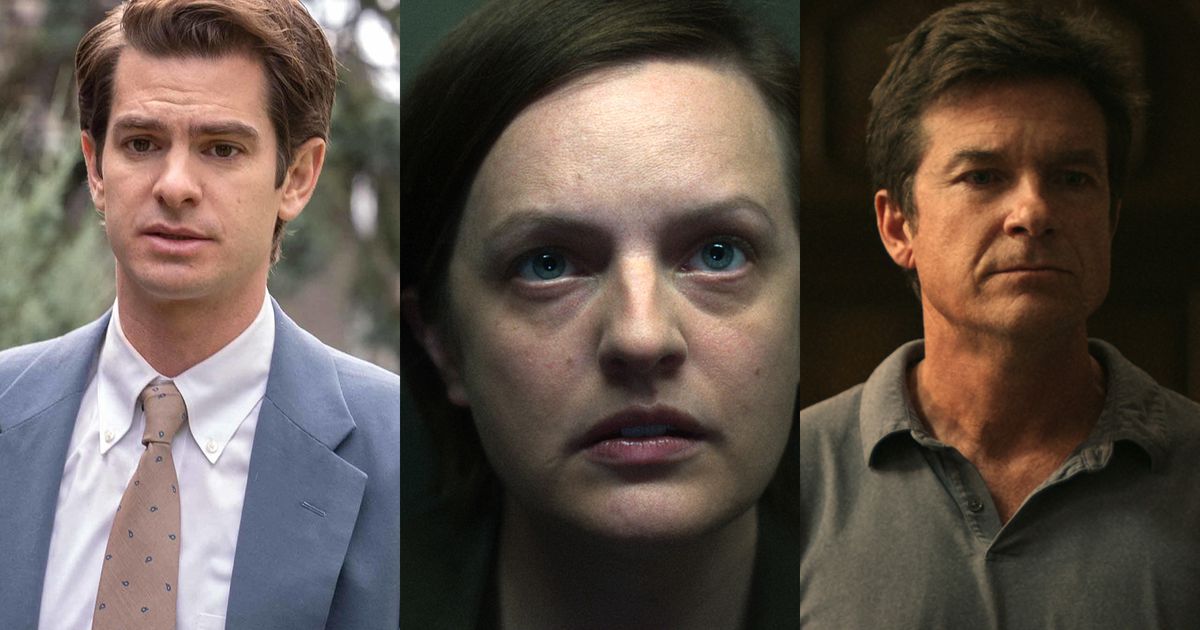 HBO explores Wednesday’s “The Survivor,” the real-life story of boxer Harry Haft (Ben Foster) who had to fight at the pleasure of a Nazi officer to survive during World War II. Magnussen, who now lives in Atlanta, plays the Nazi.

Peacock delves into polygamist Warren Jeffs in “Preaching Evil: A Runaway Wife with Warren Jeffs” on Tuesday. The documentary explores how, during the 1990s, Jeffs became a force within the Fundamentalist Church of Jesus Christ of Latter-day Saints. He was subsequently arrested and convicted on charges of assault, rape and child abuse.

On Thursday, Paramount+ releases a scripted, behind-the-scenes look at the making of “The Godfather” in “The Deal,” starring Miles Teller. The story is based on the memories of the iconic film’s producer, Albert S. Ruddy. Naturally, all three original “The Godfather” movies are available on Paramount+.

This covers Monday April 25 through Sunday May 1.

“American Idol” 8 p.m. ABC — The first 11 perform the election of the judges.

“9-1-1: Lone Star” 9 p.m. Fox — Owen and the 126th run to the ER at a fast food drive-through, a high school wrestling match and a case of road rage, all with a common element that unites them.

“We Own This City” 9 p.m. HBO (new series) — Momodu Gondo is in an interrogation; a detective from a nearby county tracks a series of overdoses to Baltimore. Jon Bernthal stars.

“Better Call Saul” 9 p.m. AMC — The episode title of the show is “Rock and Hard Place”.

“David Spade: Nothing Personal” 3:01 am Netflix — Spade riffs on topics like the humiliations of doctor visits, lemur season in paradise, and indulging in clickbait.

“The Resident” 8pm Fox — Conrad and Cade work with a Medicare patient who sheds some light on the inner workings of the prescription fraud situation.

“This Is Us” 9 p.m. NBC — The night before Kate’s wedding, Kevin’s love life takes an unexpected turn.

“Mayans MC” 10 pm FX — For Santo Padre to return to drug trafficking, EZ must do him a favor.

“New Amsterdam” 22:01 NBC — The New Amsterdam team continues to deal with the fallout from their big night.

“Bullsh*t The Game Show” 3:01 am Netflix (new series) — Contestants struggle to answer difficult trivia questions correctly. And when they can’t, they just go to plan B: lying through their teeth. Howie Mandel presents.

“The Marilyn Monroe Mystery: The Unheard Tapes” 3:01 am Netflix — Explore the mystery surrounding the death of movie icon Marilyn Monroe through never-before-heard interviews with her.

“365 days: this day” 3:01 am Netflix — Laura and Massimo are back and stronger than ever. However, Massimo’s family ties and a mysterious man bidding on Laura’s heart complicate the lovers’ lives.

“Siege of Silverton” 3:01 am Netflix — After a failed sabotage mission, a trio of anti-apartheid freedom fighters find themselves in a tense hostage situation at a bank. Based on a true story.

“Survivor” 8 p.m. CBS — While most of the remaining competitors still don’t fully trust Tori, her two immunity wins have kept her in the hunt.

“The Survivor” 8 p.m. HBO — This movie has absolutely nothing to do with the CBS reality show we just mentioned. After being sent to Auschwitz, Harry Haft is forced to participate in a gladiatorial boxing show along with his fellow inmates.

“Good Sam” 10 p.m. CBS — As Sam, Griff and Vivian deal with the fallout from Griff’s explosive confession to the hospital board, the surgical team prepares for a rare, high-profile surgery that could take Sam’s career to the next level.

See also  KK Brinson, a black cowgirl from Oakland, prepares for her comeback

“The stewardess” 3:01 am HBO Max — The title of the third episode is “Reykjavik Ice Sculpture Festival”.

“Made For Love” 3:01 a.m. HBO Max (Season 2 Debut) — Hazel returns to the Hub and her husband, tech billionaire Byron Gogol, because he promised to treat her father’s cancer.

“Law & Order” 8 p.m. NBC — Bernard and Cosgrove face a plethora of suspects in the shooting of a principal at an elite private school.

“Young Sheldon” 8 p.m. CBS — Sheldon Cooper skips four grades in school because of his genius. However, he struggles to fit in with his family in Texas.

— Garland asks Benson to reopen a missing persons case he worked on as a rookie officer; a victim in one of Carisi’s recent cases is arrested.

“How We Roll” 9:01 p.m. CBS — Tom worries about his mother’s safety after she gets trapped in a laundry basket.

“Atlanta” 10 p.m. FX — The official description of the episode: White people watching this be like… Pain

“Bull” 10 p.m. CBS — When Bull is sidelined with a back injury, Chunk and Marissa are forced to go to court without him to defend Kyla.

“Pachinko” 12:01 am Apple TV+ (season one finale) — Sunja finds out that Isak has been arrested and searches for him with the help of her young son. Solomon makes a fateful decision.

“Grace and Frankie” 3:01 am Netflix (series finale) — This comedy series ends the second part of the seventh season. Its 94 episodes is the most of any Netflix series to date.

“Ozark” 3:01 am Netflix (series finale) — Will Ruth take revenge on Javi and where does this leave Marty and Wendy?

“The Blacklist” 8 p.m. NBC — Red questions the whereabouts of a former partner.

“Magnum PI” 9 p.m. CBS — A disoriented man hires Magnum and Higgins to investigate a crime he has no recollection of after waking up on the beach covered in blood.

“Blue Bloods” 10 p.m. CBS — When Erin is stalked by a man recently released from prison after serving 12 years, she enlists Anthony and Danny to investigate her office’s role in her sentence.

“Kelsey Grammer’s Historic Battles for America” 3:01 am Sunday Fox Nation (new series) — This series will take viewers on an inside look at eight key battles that left an indelible mark on this nation, spanning the American Revolution, the Texas Revolution, the Civil War and the American Indian Wars.

“I Love That For You” 8:30 pm Sunday Showtime (new series) — A woman overcomes childhood leukemia to achieve her dream of becoming a home shopping network host. She stars as Molly Shannon.

“Ridley Road” 9 pm Sunday GPB (new series) — London in the 1960s is a hotbed of anti-Semitism, as Vivien discovers when she arrives looking for Jack.

“Outlander” 9 p.m. Sunday Starz (season 6 finale) — Richard Brown and his Committee of Safety arrive to arrest Claire for murder; however, due to growing political tensions in the colonies, Brown’s plan to find a judge for a trial does not go as expected.

“Time to Win: The Rise of the Lakers Dynasty” 9 p.m. Sunday HBO — As the playoffs near, Buss seeks West’s help with a fateful decision. Kareem gives Haywood an ultimatum.

“The Man Who Fell to Earth” 10 p.m. Sunday Showtime — After the shocking discovery that the Mission is much more complex and dangerous than he realized, and the only human being who can guide him abandons him to protect his family and his sanity, Faraday must go it alone.

“The Rookie” 10 pm Sunday ABC — The team, along with the LA division of the FBI, are in a race to stop the bombs that a suspected terrorist has scattered throughout the city; the joint task force suspects CIA involvement in the situation.