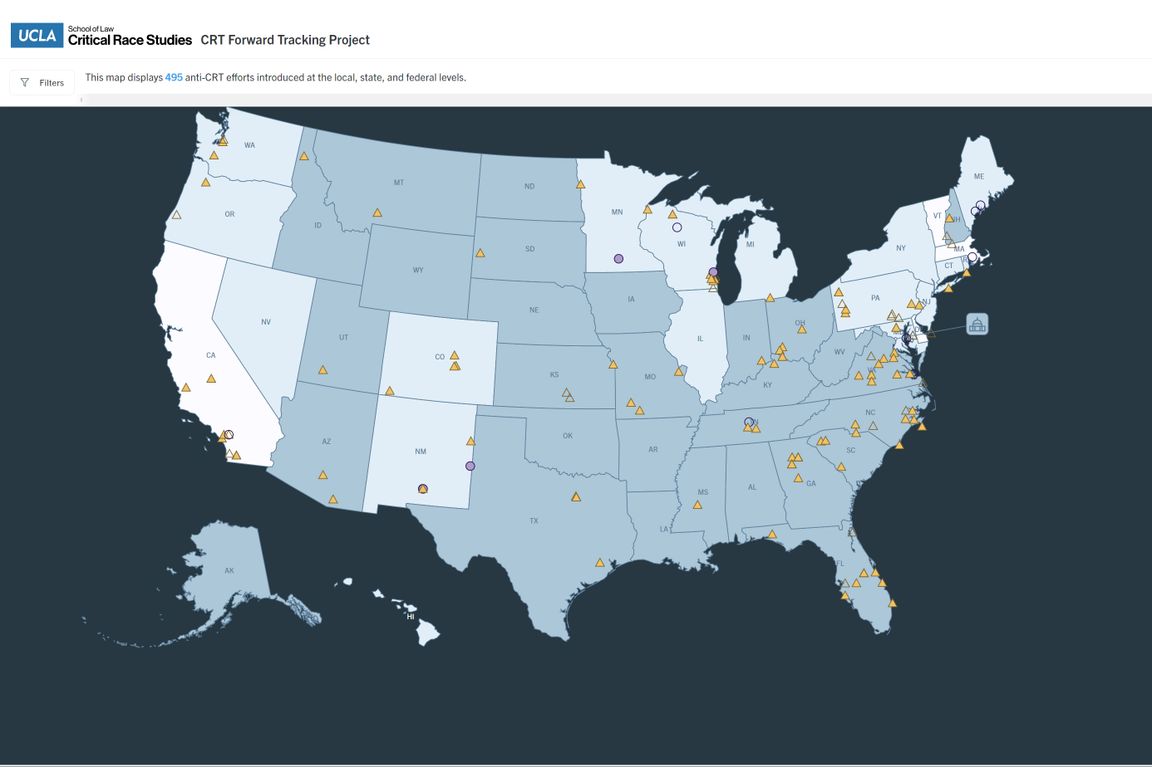 UCLA School of Law Critical Race Studies Program has created an innovative project to track and analyze legislative, regulatory, and administrative efforts to block or undermine the teaching of a more comprehensive history of the United States in schools across the country.

Critical Race Theory, or CRT, is the study of systemic racism in law, politics, and society. It has been criticized by local school boards, state legislatures, and even federal investigations, all of which have discussed or taken action that would ban its teaching.

“The project was created to help people understand the breadth of attacks on the ability to speak honestly about race and racism through campaigns against CRT,” said Taifha Natalee Alexander, project manager for CRT Forward. .

Law school CRT Progress Tracking Project is the first in the United States to accurately identify, catalog, and contextualize all of these efforts at the local, state, and federal levels. The project not only identifies and tracks anticritical race theory activity, but also analyzes the substance of the activity in its database to identify:

The CRT Forward Tracking Project is the only database that compiles anticritical racial theory activity at the local, state, and federal levels in one place. Finally, the project is an interactive database that allows users to filter content based on factors that are important to their purposes.

Many of these efforts to influence K-12 curriculum development have used the term “critical race theory” incorrectly and undermined plans to include ethnic studies more broadly for students before they reach high school. college.

The CRT Forward team has reviewed nearly 24,000 media articles and identified 479 instances of anti-CRT activity since August 2021. Findings include:

CRT Forward is funded by a $400,000 grant from the Lumina Foundation Racial and Equity Fund and support from the UCLA School of Law. Along with the follow-up project, CRT Forward will continue to develop resources for advancing new ideas and legal tools that support anti-racist education, training and research.

“CRT Forward brings the research power and experience of UCLA’s unique Critical Race Studies program,” said Zatz. “We need critical racial theory to understand this assault on racial justice, where even naming structural racism is portrayed as unfair to white people. And we need CRT to develop legal theories of education and free speech that not only mitigate these attacks but put anti-racism at the center of a democratic society.”