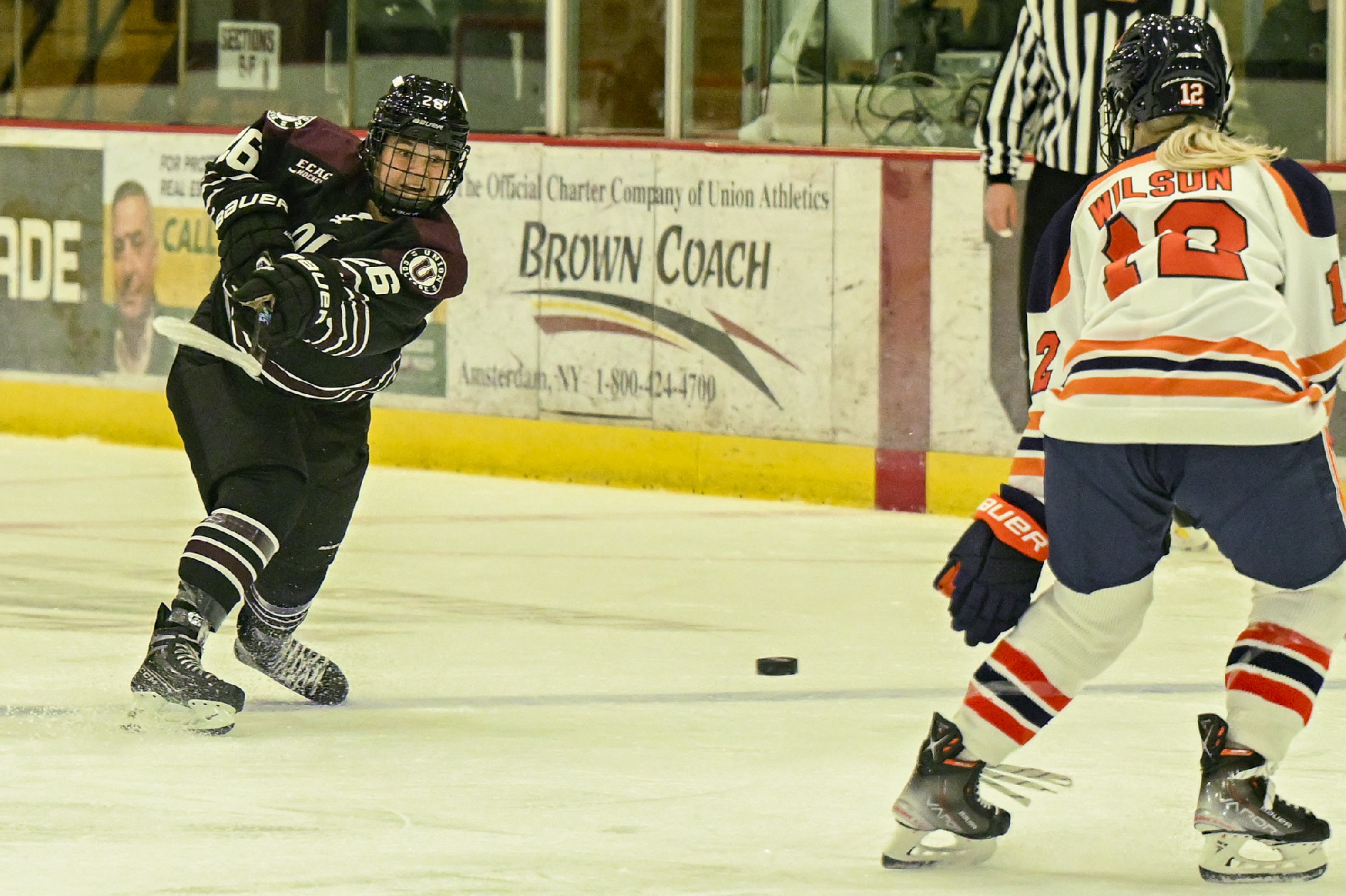 Nothing has been easy for the Union College women’s hockey team since becoming an NCAA Division I program in 2003-04.

The Dutch have never had a winning season. They have never made it to the ECAC Hockey tournament. They are coming off a 2021-22 campaign in which they finished last in the conference with a 2-20 record and an overall mark of 5-28-1. They struggled offensively, averaging 1.2 goals per game and were shut out 14 times.

It probably won’t get much easier for the Dutch this season when they take on New Hampshire at 6 pm on Friday in Durham, New Hampshire. The game is the first of eight straight on the road to kick off the season: two at UNH this weekend, two more at Holy Cross next weekend and games the following weekend at Providence and Boston University. After a two-week break, Union opens ECACH in Clarkson and St. Lawrence on October 28-29. The Dutch’s first home game will be on November 4 against Harvard.

It is certainly a difficult task for a program that has not been very successful. But the Dutch are viewing the eight-game season-opening road trip as a good thing.

“I think it’s great for the group to go on tour,” Union Women head coach Josh Sciba said. “I think it’s really good for our women to be together and to be on the bus and build some camaraderie with each other. I honestly think they’re excited about it. So it’s going to be a challenge.

“Every time you go on tour, it’s always a challenge to get into a different team’s home rink and win hockey games. But for us, the focus is to get better every day and try to continue to build our brand in terms of how we want to play.”

“I think it will be good to go out,” King said. “I am happy to be playing. I think some people are a little worried about having less time in the classroom and that might be a little bit of added stress. But I think once we get there, and we’re marked [in]we’ll just move on. We’re really good in the classroom and on the ice, so I think if we can find a way to balance it out, we can pull off some wins.”

Winning is important. But second-year goalkeeper Sophie Matsoukas believes that playing well, even if they don’t win, will help the team’s confidence.

“When we get that confidence, it will help us play in the league,” said Matsoukas, who went 3-11 last season with a 3.83 goals-against average and two shutouts. “We will be sure to enter.”

“I think [the goal scoring] it’s going to have to be by committee at this point,” Sciba said. “We have gotten more depth. I think we have a really motivated group of women in that freshman class who want to contribute and will contribute immediately. … We need everyone in that locker to contribute in some way for us to win hockey games.”

King was recently named team captain. He has the honor of wearing the “C” on his jersey.

“I think one thing I’ve been good at over the years is leading by example of how hard I work,” King said. “I think it helped me gain confidence to continue to be that player and that person for the team, and I’m excited to see everyone and work with everyone. and I am very grateful.”

“I think it will be something that happens a little bit later,” Hauge said. “I want to make sure we get it right. We’ve got a lot of guys that are stepping up and leading, but it’s going to have to be something that they have to be completely sold on and their role and what we’re trying to do as a team. We just have an idea of ​​the guys that we like, but it will be a later process and it will be before our first game.

Quinnipiac head coach Rand Pecknold spoke about his new forward, sophomore Colin Graf, who was the Union’s second-leading scorer last season with 11 goals and 11 assists. Graf entered the transfer portal after the season.

“We loved him before he came to Union, I saw him this year and I thought he was an impact player for them,” Pecknold said. “He looks great, [has a] high IQ He is really committed, stays late and arrives early. He is a goalscorer so we are excited for what he can do for us.”

In a strange sense, Union and Cornell did a “trade” during the offseason.

“What we liked about Gabe is that he has played in the league. He obviously he has produced offensively,” Schafer said. “…And he plays center, which I thought was a necessity for us going into the season.

“Ben Tupker is a great guy. He graduated from Cornell and pushed himself to graduate and give himself another chance. We wish nothing but the best for Ben. Hopefully things work out for him at Union and he gets the ice time he’s looking for and his career takes another step forward.”

CHRISTIANSEN RETURNS TO THE USHL

Former Union men’s hockey player Doug Christiansen has rejoined the U.S. Hockey League. He was named deputy commissioner on Wednesday. He was the league’s Director of Player Recruitment and Development (2014-18) before joining the ECHL as head coach to the general manager of the Manchester Monarchs in 2018-18 and the Indy Fuel the last three seasons.

Christiansen resigned from the Fury at the end of the season to seek the Union men’s head coaching job.

“I am delighted to be back in the USHL. I am a firm believer in the League as a former player and employee,” Christiansen said in a press release. “The USHL is instrumental in the growth and development of many of the best young players in the world, both on and off the ice. I am excited to work with [USHL president and commissioner] Bill Robertson and ownership of the League to build on an extremely strong foundation and continue to grow the League in local communities and throughout the hockey world.”

LANGE AROUND THE WORLD JUNIORS

Lange was behind the bench for Austria at World Juniors 2022, which took place last month in Edmonton, Alberta. The tournament was postponed last December due to COVID-19 issues.

Defending NCAA champion Denver is atop the USCHO.com/NCAA and USA Today/USA Hockey Magazine polls, which were released Monday. The Pioneers received 37 of 50 votes in the USCHO poll and scored 974 points, 60 more than No. 2 Minnesota, which got eight first-place votes.

Four ECACH teams conducted both surveys. Three teams are in the same place. Quinnipiac is seventh, Harvard is 11th and Cornell is 19th. Clarkson is ranked 17th in the USA Today/USA Hockey poll and 18th in the USCHO poll.

A note on the USA Today/USA Hockey Magazine poll. It has gone from ranking 15 teams to 20, something the USCHO survey has been doing for several years.

More from The Daily Gazette: