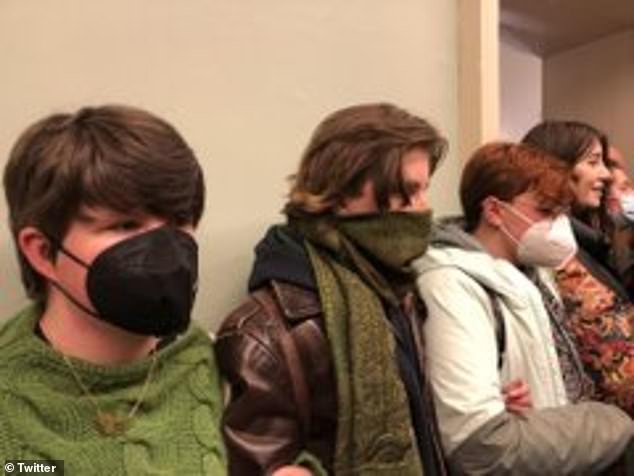 Universities are facing a “growing rise in self-censorship”, a Tory minister has warned, after Edinburgh students canceled a screening of a “transphobic” film.

Education Minister Claire Coutinho has warned that the right to free expression is “in the very institutions where it should be most cherished” after students at the University of Edinburgh stopped a screening of Adult Human Female.

The documentary, which has been criticized for containing “transphobic language” and “spreading misinformation about trans people”, will be screened in a conference room on Wednesday night.

But university students blocked the gates a week after the University and College Union of Edinburgh wrote to the principal last week asking for the event to be canceled or moved from an official university building.

A screening of a ‘transphobic’ film was canceled on Wednesday after Edinburgh University students blocked the doors of a lecture room to prevent it from going ahead. 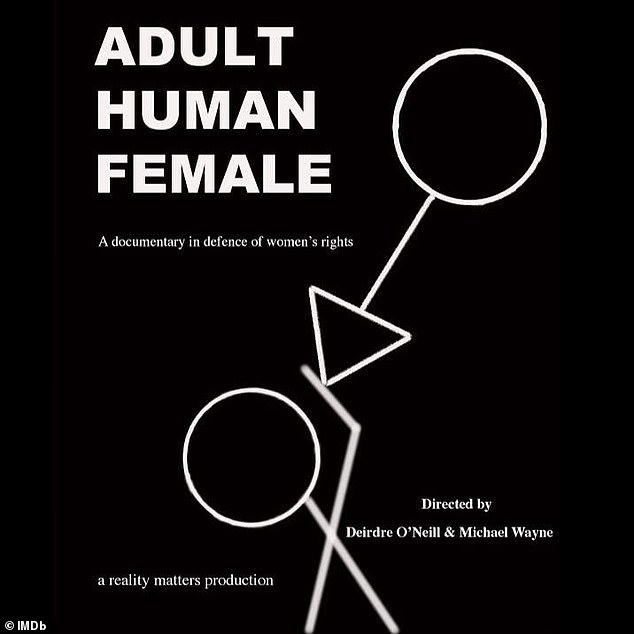 Adult Human Female is a 90-minute film that purports to “look at the clash between women’s rights and trans ideology.” 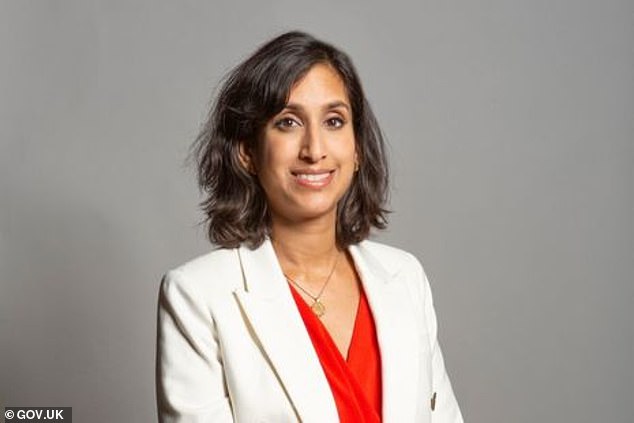 Education Minister Claire Coutinho said the right to freedom of expression is “threatened in the very institutions where it should be most precious.”

Speaking at a seminar organized by the Student Office on Thursday, the Times quotes Ms. Countinho as saying: ‘Freedom of expression has been the foundation of progress in our society for centuries. Without the freedom to speak, to express our opinions, we cannot progress.

‘However, that right is threatened in the very institutions where it should be most precious. It is vital that we take active steps to protect it now and for future generations.”

The newspaper reports that Susan Lapworth, director of the independent regulator, added: “Combining what can be legal speech with harassment can act to restrict free speech.”

The film, which suggests that people identifying as transgender is detrimental to women’s rights, had also been criticized by the university’s Pride society, which gathered alongside members of the feminist society outside the George Square building in protest Wednesday night.

An attendee who was scheduled to speak after the film, Lisa Mackenzie, wrote on Twitter: “I appeared at the screening of Adult Human Female to participate in the discussion afterwards and a group of students occupied the lecture room in an attempt to prevent the screening will take place.

As attendees tried to switch rooms, the group of protesters moved to block the other conference room.

Security eventually asked everyone to leave the building and the event did not take place. Police were also called, but no arrests were made.

One of the activists, Dylan Hamilton, wrote on Twitter: “This afternoon myself and other activists took part in direct action.

“There was going to be a screening of a transphobic film at Edinburgh University, we decided that wasn’t going to happen.

‘You can’t spread hate and expect no one to challenge you.’

He said he was pushed, yelled at and insulted by the crowd waiting to see the film.

And in a video shared on Twitter, Edinburgh SU Trans and Nonbinary Liberation Officer Robyn Woof appears to have been laughed and mocked as she says she is “here as a trans woman and a grown human woman to see a film about Adults”. human females’. 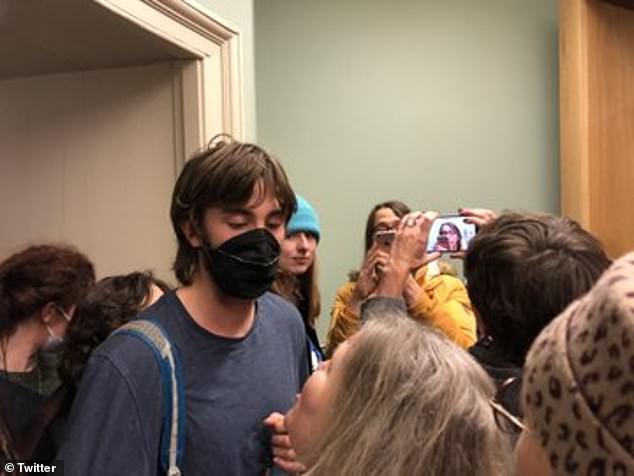 As attendees tried to change rooms, the group of protesters moved to block the other conference room. 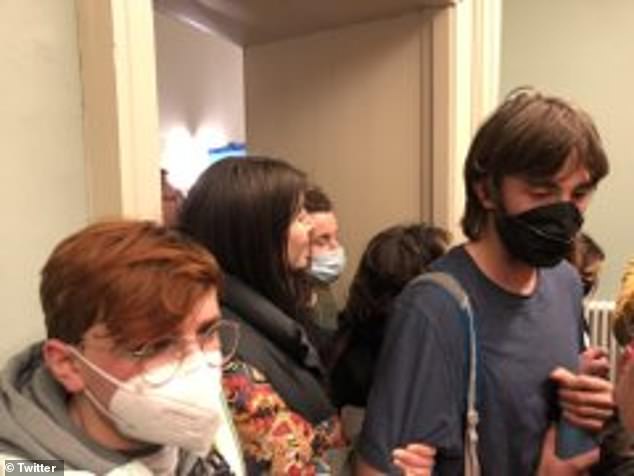 Security eventually asked everyone to leave the building and the event did not take place.

Reacting to the events, South West Edinburgh MP Joanna Cherry said: ‘Is this what my country and my alma mater have come to?

‘Engaged students stifling free speech and silencing women and lesbians who want to speak out about their rights?’

In a letter to the rector of the University, he added: ‘Last night, freedom of expression was censored in the very environment where it should be sacred. I urge the University of Edinburgh to do everything possible to protect free speech in future.”

The students who protested issued a statement through the Staff-Student Solidarity network.

It said: “Despite being a film and an organization [EAAF] Purportedly interested in academic freedom and the ability to debate controversial issues, the film and those interested in it seem manifestly uninterested in engaging with the massive and growing body of empirical research on trans people, rights trans people and their effect on society, which overwhelmingly indicates that trans people are a horribly marginalized group that experiences the same types of oppression as all marginalized groups, and that allowing ourselves to be ourselves is not a threat to anyone.

‘Ignoring the evidence because it doesn’t support your ideology is not academic freedom, it is intolerance. 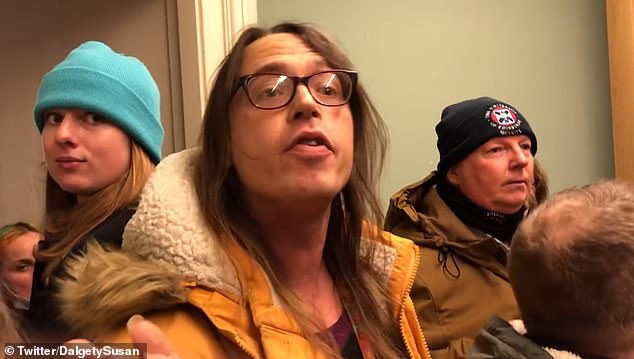 And in a video shared on Twitter, Edinburgh SU trans and non-binary liberation officer Robyn Woof (pictured), appears to be teased and mocked as she says she is “here as a trans woman and an adult human woman to watch a movie about adult human women

‘Demonizing trans people is not fighting for women’s rights, it is intolerance.

‘Defending ourselves, our right to exist as ourselves, and not giving rise to bigotry on campus is not an attack on academic freedom, it is part of our common struggle to be free.’

Reality Matters, the production company behind the documentary, denies that the film is transphobic, claiming the only time it contains ‘transphobic language’ is when one of the interviewees is ‘criticizing transphobia’.

In a statement on Twitter last night, EAAF said it would reschedule the screening and discussion to early in the new year.

He added: ‘Universities have to be places where controversial social issues can be discussed. We could have packed the place twice, in the run up to Christmas, such is the public appetite for critical discussion of gender identity theory and its implications for women’s rights.’ 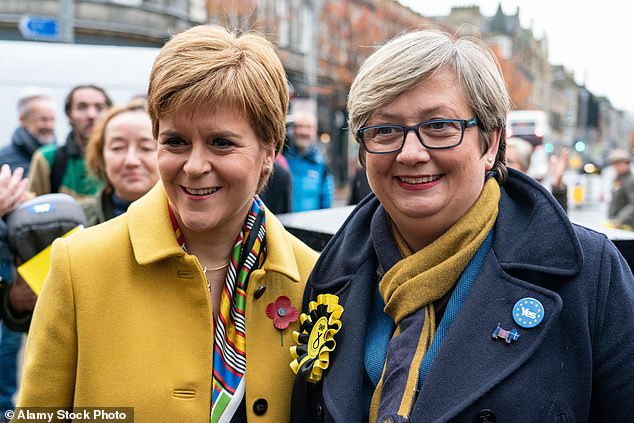 Reacting to the events, South West Edinburgh MP Joanna Cherry (pictured with Nicola Sturgeon) said: ‘Is this what my country and my alma mater have come to?’

A Police Scotland spokesperson said: “At around 6:15pm on Wednesday 14 December 2022, police received a report of a demonstration in George Square, Edinburgh.

‘Officers attended and engaged with those present. There were no arrests.

‘Police Scotland is a rights-based organization that places our values ​​of integrity, fairness, respect and a commitment to uphold human rights at the heart of everything we do.

“This means that we will protect the rights of people who wish to protest or counter-protest peacefully, in balance with the rights of the community at large.”

The University of Edinburgh said: “We stand by our decision to allow Edinburgh Academics for Academic Freedom (AFAF) to hold the screening of ‘Adult Human Female’.

‘As part of our commitment to free speech and academic freedom, it is our duty to ensure that staff and students feel empowered to discuss controversial issues and that each event allows for debate.

“In keeping with our commitment to foster an inclusive, supportive and safe environment for our entire community, we implemented measures to mitigate the risks associated with the event.

“However, when it became clear that the safety of everyone present could no longer be guaranteed, it was decided that the event should not go ahead.

‘Given the size of our community, it is inevitable that the ideas of different members will conflict.

“We always encourage debate and respectful discussion whenever there are differences of views or opinions and we ensure that attendees of all events are aware of and abide by the University’s Dignity and Respect Policy, so that those who want to attend feel able to contribute.