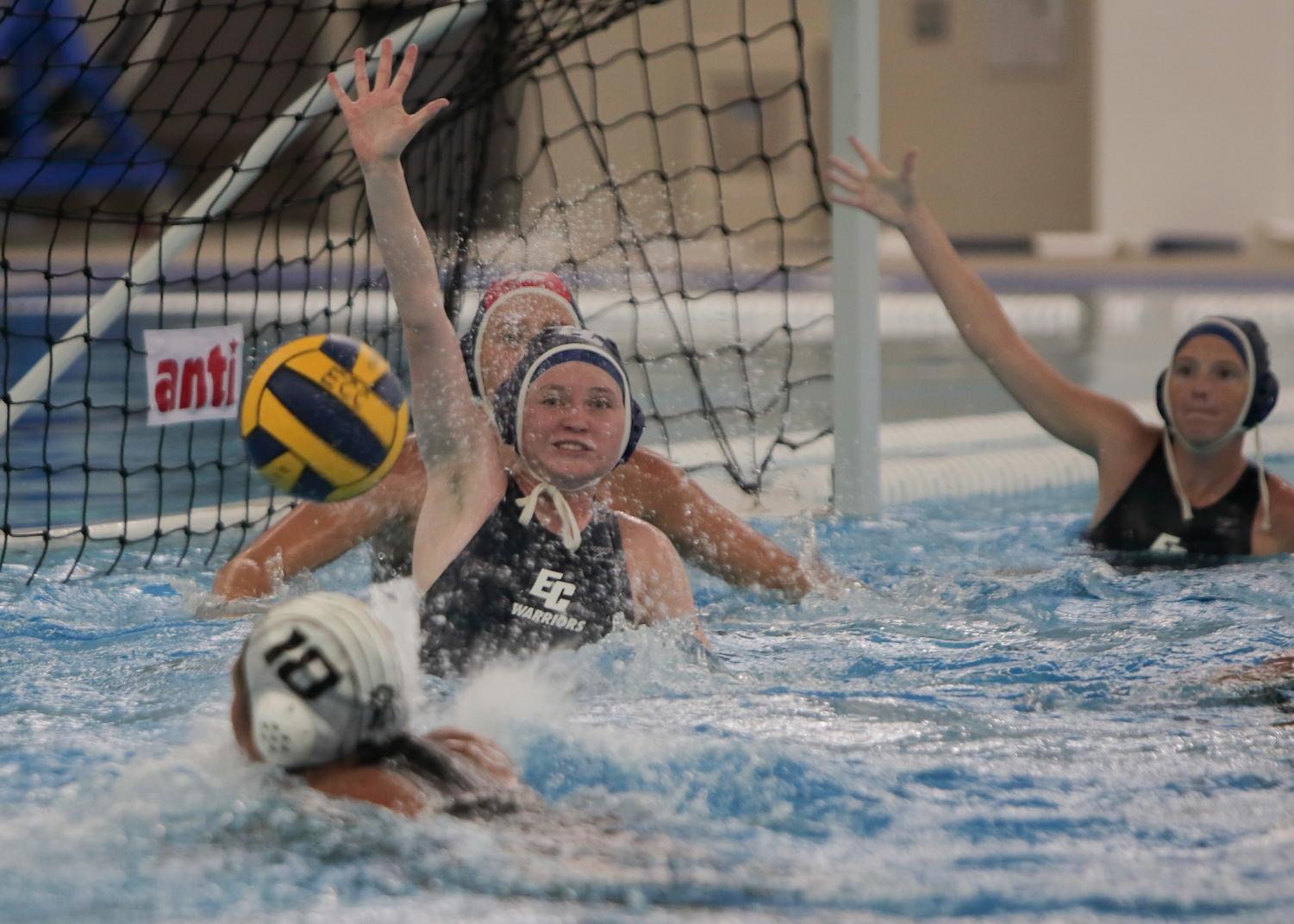 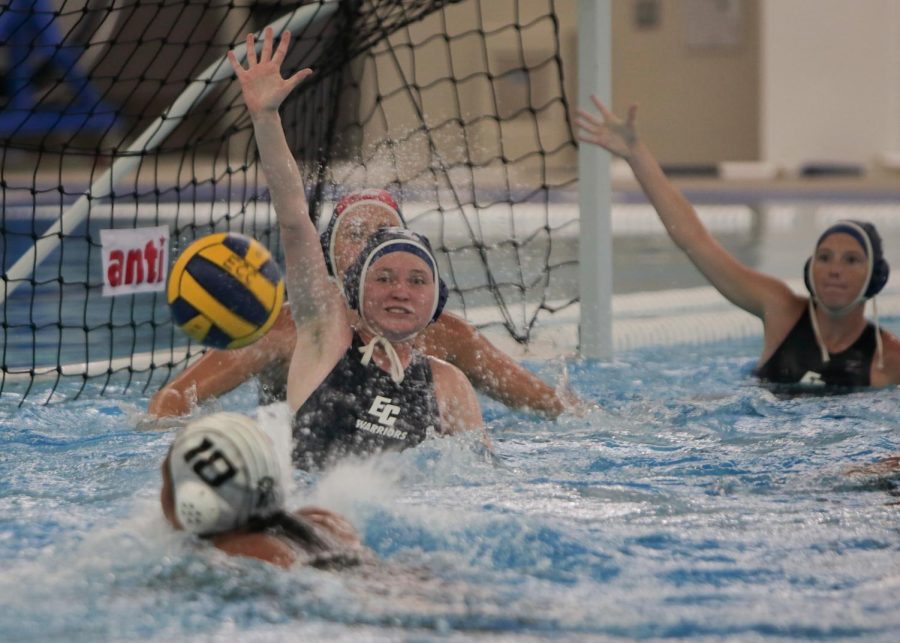 An El Camino defender blocks a shot by Joslyn Larson (below) in their home game against Rio Hondo on September 28. The Warriors defeated the Roadrunners 13-6 and will play Mt. San Antonio on October 5 at home. (Raphael Richardson | The Union)

Fourth period. There are four and a half minutes left in the game.

melissa brillwho wears the number two on his cap, passes the ball to eden brookenumber six.

It didn’t take long for the ball to go back and forth between the El Camino College Warriors and the Rio Hondo College Roadrunners.

Brooke recovers the ball, passes it to Brill and throws it to make the score 13-5 warriors.

The El Camino College Warriors dominated the Rio Hondo Roadrunners in the Women’s Water Polo South Coast Conference game on September 28. This is the second win for the Warriors against the Roadrunners this month.

Before the game, El Camino women’s water polo coach Shelby Haroldson said the game is a combination of many sports.

“It’s a mix of soccer, wrestling and basketball,” Haroldson said.

In the first period of the game, the Roadrunners started strong with the only score in the period. Amira Elsayed she scored after multiple passes to her teammates.

The Warriors made a huge comeback in the second period, scoring eight points to Roadrunner’s two.

After retrieving the ball from the Roadrunners, the goalkeeper Lux Anne Vargashe threw the ball to Brooke Baudendistelwhich then went on to Jackie Calhounthen to Brill, who scored.

Calhoun would dominate the second half, scoring four times. Roadrunners utility Melissa Hernandez scored once in the second period.

Even with a small crowd, they cheered on the Warriors with all their might.

The whistles blew to start the third period. Brooke for the first touchdown of the second half. The Warriors go on to score two more times on their next two possessions.

After a brief time out, Vargas restarted the game with a pass to Brooke and a quick touchdown. Roadrunner’s Elsayed put another dot on the board.

At the end of the third period, the Warriors were up eight points.

In the fourth period, the Roadrunners scored. The Warriors would respond with a touchdown. Janness Banh for the Roadrunners, he would make the final touchdown to end the game 13-6 Warriors.

After both teams shook hands, Coach Haroldson said it was a good game.

“I think it went really well,” Haroldson said. “It’s always nice to come out with a win, especially in a conference game.”

“I think we let the second quarter slip away from us,” Lim said. “Other than that, I think it was a pretty close game.”

Lim also said that the Warriors did a good job when it came to their team’s mistakes.

With a win against Rio Hondo, El Camino women’s water polo is now 4-4. Her next game is Oct. 5 at home against Mt. San Antonio College at 3 p.m.