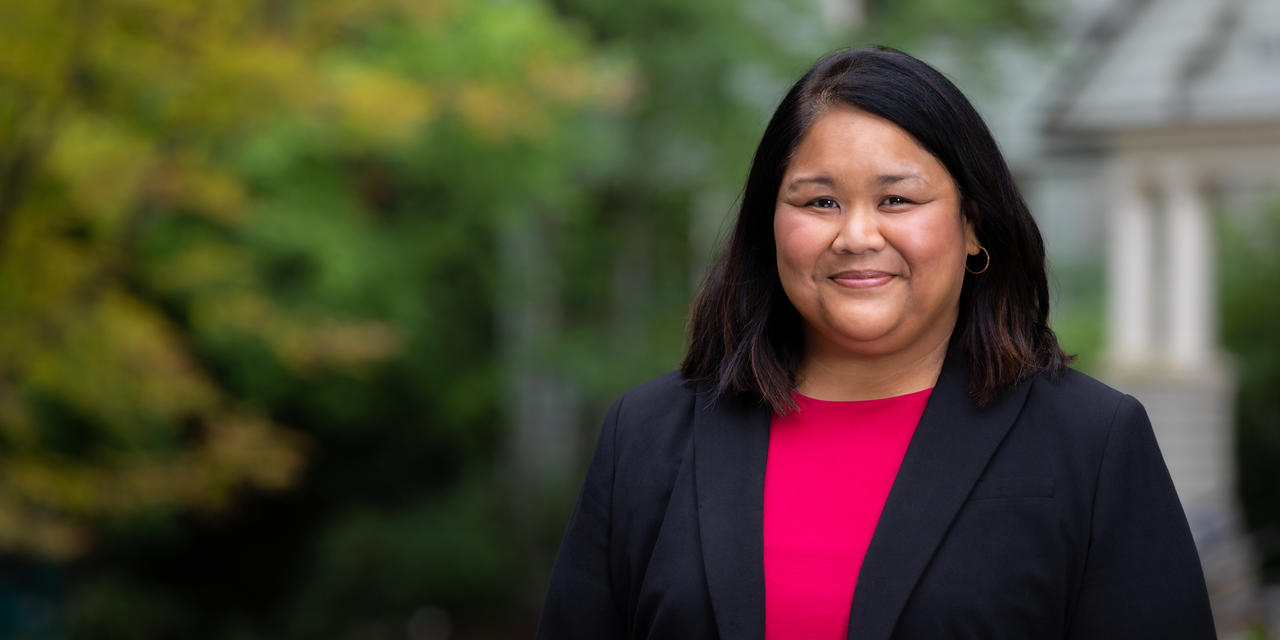 When Theresa “Peaches” Valdés started as the dean of admissions and financial aid at Wellesley in August, one of the first items she put in her office at Weaver House was the owl lantern she received as a Bryn Mawr freshman.

“Women’s colleges have great traditions. If I go to another Mawrter’s house or office and see the flashlight, I know it’s okay, we’re going to connect,” says Valdés. She feels equally connected to Wellesley, which is one of the main reasons she decided to come to the university from Hamilton, where she had been dean of admissions since 2017.

“When I thought about where my next step would be, I thought about how I would feel at home. And for me, the Seven Sisters (now Sisters) felt like home,” says Valdés. “What I have appreciated about the Sisters is that we were at the forefront in terms of how we recognize and celebrate diversity. We were founded to create access to something that was denied. There is a deep commitment to providing an opportunity for all women, cisgender, non-binary and trans, to be in a space where their voices are heard. That idea really resonated.”

When Valdés learned more about Wellesley in particular, what really stood out was his dedication to inclusive excellence. “The fact that this overarching theme and appreciation for inclusion is woven into all facets of the Wellesley experience provides great insight into the university’s values. Yes, you may think it’s radical, but this is the reality, and this is what the world needs,” she says.

“The fact that this overarching theme and appreciation for inclusion is woven into all facets of the Wellesley experience provides great insight into the university’s values. Yes, you may think it’s radical, but this is reality, and this is what the world needs.”

In high school in rural Pennsylvania, Valdes thought he wanted to be in a big Division I college. “I wasn’t an athlete. But the idea of ​​community, I think that was the most important thing, community. … Everybody goes to the game and everybody celebrates the institution that way,” she says. But her older sister went to Bryn Mawr and she thought she would be a good fit for Valdés. Reluctantly, she took a tour and found that sense of community that she longed for.

Valdés majored in political science and worked in the admissions office as a tour guide. “I loved my experience at Bryn Mawr. I wanted to be able to share it with families,” he says. In college, his goal was to work at the United Nations: “Like many young activists, I wanted to change the world.” She thinks defense was always at her heart. “I think a lot of it was due to the fact that my parents immigrated to the US. [from the Philippines]. As a young person, you can see the obstacles your family faces when they arrive in a new country. [and] English is not their main language,” he says.

He went to law school, but left after two years. She had thought that, as a lawyer, she would have a voice. “And then I realized that there are other ways to have a voice and be an advocate for others,” she says. Her mentors at Bryn Mawr suggested that she pursue the university’s master’s program in law and social policy as a way to combine her interests. She followed her advice and also returned to the admissions office part-time. After completing her master’s degree, she considered moving to Washington, DC, but a temporary position opened up in the admissions office. And the rest is history.

In the decades that Valdés has worked in admissions, the way schools use data to help drive their admissions decisions has changed significantly. “Sometimes people think data is cold and lacks humanity,” he says. “However, there is data with soul. It’s about using data to create access. How can you be more equitable in your process?”

Valdes’ five years at Hamilton “corrected a lot of myths I had about coeducational institutions, and it was an incredible experience,” he says. But the urge to return to a women’s college, and Wellesley specifically, was strong. For students, Wellesley “opens a lot of doors. It is not just a transformative education. It’s about the amazing network. Wellesley graduates pay for it; they pave the way and open doors for others: academics, scientists, artists and activists. To me, these acts truly embody the spirit of the College’s motto of ‘Not to be ministered to, but to minister to’. And I’m excited to be part of the community.”