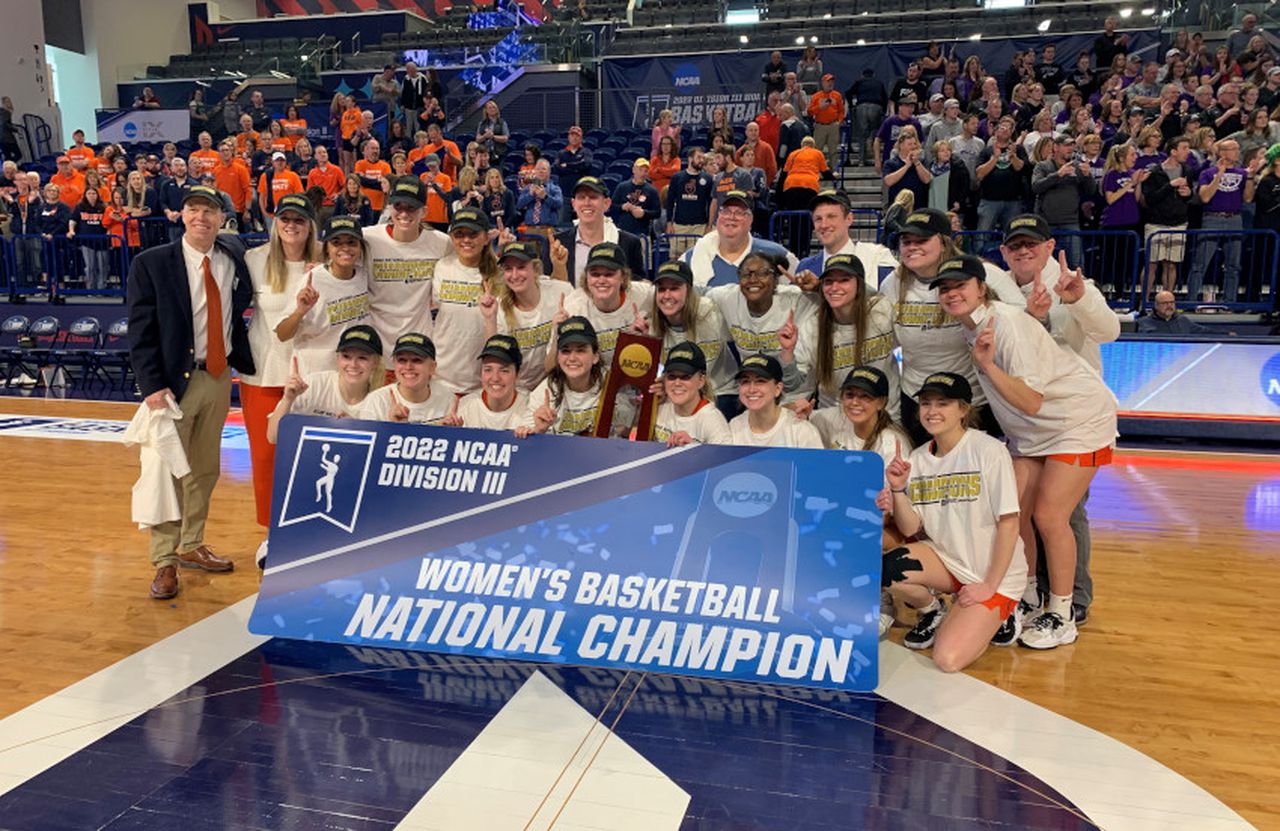 That fact becomes even more impressive when you consider that this weekend’s season-opening Hope Tip-Off Tournament at DeVos Fieldhouse marks the start of Morehouse’s 27th season at the helm of the program. Hope hasn’t lost more than five games in a season in any of the last 23 years and has gone 77-1 combined the last three seasons.

That’s why high expectations are the norm for Flying Dutch, but seasons like this are even higher. Hosting Geneva College of Pennsylvania in Friday’s season opener at 6 pm, Hope is the defending Division III national champion, going 32-1 a year ago.

Hope won the Division III title with Morehouse in 2006 and was the national runner-up in 2010, so the Flying Dutch are well aware of the challenges facing a returning Final Four team.

“I think when you win national championships and you get to the Final Four, you just have to keep remembering what got you there, not just that it was great to be there,” Morehouse said. “For us, that means individual player improvement, drive and determination on a daily basis, those kinds of things that you are super focused on.

“I have a little more experience than I did in 2006 and the 2010 Final Four. I hope I was able to navigate a little better. I think our players have managed expectations. We are focused not on defending a national championship but on doing everything possible to find where the potential of our team is. If that ends in a Final Four, great. But we have a completely different team this year. We really have to figure out what this year’s identity is and not try to replicate last year.”

Seniors Savannah Feenstra, Ella McKinney, Meg Morehouse and Claire Baguley return after each averaging more than 15 minutes of playing time per game a year ago. They all averaged at least 5.8 points as well. McKinney scored 21 points off the bench in Hope’s 78-71 win over Whitewater in the national title game.

“We’ve got some pretty big holes to fill in the starting lineup,” Morehouse said. “The good thing for us is that we were 10 deep last year and our second group was able to start in most schools in the United States. We think it’s a really talented group that will rise to starting status. Claire Bagley, Ella McKinney, Savannah Feenstra and Meg Morehouse will be a good group to take to the next level, and of course Kate Majerus, who will be back for a fifth year.”

The Flying Dutch are ranked number 1 in the D3hoops.com Preseason Survey, as well as the Michigan Intercollegiate Athletic Association Survey. Hope will open the MIAA play at Calvin University on November 30.

This weekend’s tournament will kick off with Illinois Wesleyan vs. Concordia of Wisconsin on Friday at 4 pm Play continues on Saturday with games at 1 pm and 3 pm

Morehouse said defense and rebounding will once again be key to Hope’s success.

“Our cover letter, as always, has been our defense, trying to be a disruptive defense,” Morehouse said. “I hope we have a championship level in rebounding. I think those things go hand in hand with the success of the team. I would say the third thing is that we like to play fast. We want the ball to go up and down the court, but we need to find a way to play it efficiently. It’s not about getting shots. It’s about getting big shots and making shots. Those are probably the biggest things.

“You have to be able to do those things at a high level, and if we do that, we will give ourselves a great chance of success. While we do that with our veterans, we’re going to bring in our younger players when they’re ready for increasingly important roles.”